Motorists passing through RFID-only designated lanes with insufficient load for the third time will be penalized effective May 15, 2021. 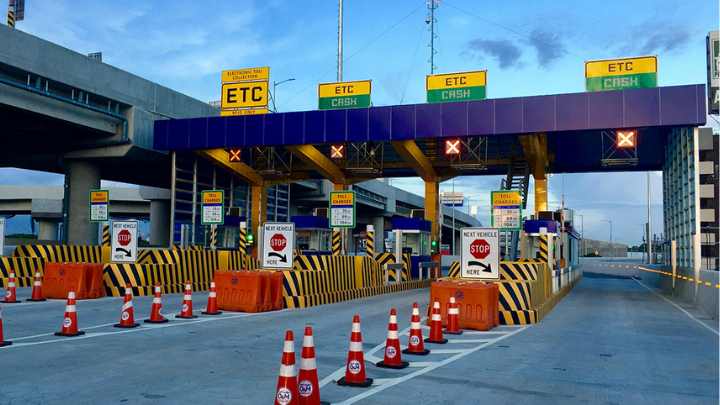 According to Autoindustriya, the said policy was announced in February. The Toll Regulatory Board (TRB) approved to implement a three-strike policy in which repeat offenders/violators by RFID subscribers without load or insufficient load or by motorists without RFID tags entering RFID-only designated lanes shall be penalized. This is said to facilitate transactions at the RFID toll lanes and avoid long queues.

Moreover, the DOTr, through the TRB, has assured that the three-strike policy in cashless tollway lanes will take effect only after toll operators are adequately prepared in terms of RFID implementation.

Meanwhile, MotoPinas.com has spotted the signage at one of the toll plazas at the Muntinlupa-Cavite Expressway (MCX) indicating the said policy to be implemented starting May 15. 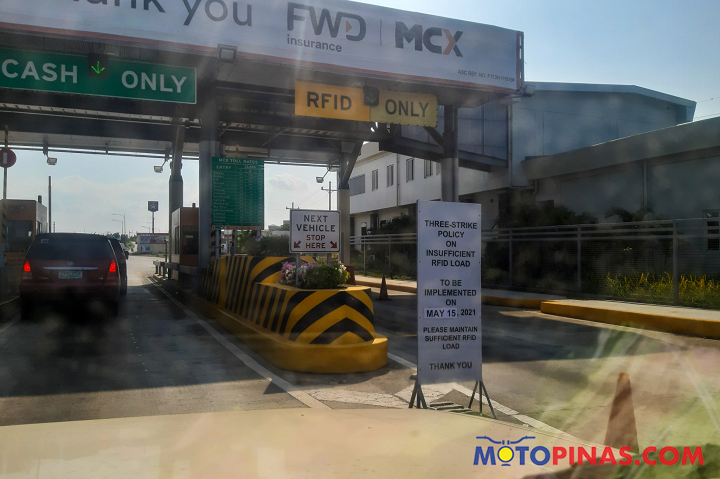 Autoindustriya also reported that vehicles that pass through MCX RFID lanes with insufficient load for the third time will be slapped with a ‘Disregarding Traffic Signs’ violation and a PHP 1,000 fine. Autoindustriya, however, confirmed with TRB the implementation.

According to TRB spokesperson Julius Corpuz, the TRB has informed toll operators that implementation of the three-strike policy will take effect starting May 15. Autoindustriya also noted that all expressways will implement the said policy.

As per the three-strike policy guidelines, RFID subscribers without load and/or with insufficient load entering RFID-only designated toll lanes would face the following offenses:

• 1st Offense – The LTO-deputized traffic enforcer will notify the motorist that the RFID account has no balance and/or with insufficient balance and that the violation will be recorded or tagged in the database system as 1st Offense. Erring motorist will be issued a TRB-prescribed document as proof of violation. The erring motorist will also be reminded about the inconvenience it causes to other compliant & responsible RFID subscribers/motorists and will be advised to reload and/or pay the subject toll fee.

• 2nd Offense – The LTO-deputized traffic enforcer will notify the motorist that the RFID account has no balance and/or with insufficient balance and the violation will be recorded or tagged in the database system as 2nd Offense. Erring motorist will be issued a TRB-prescribed document as proof of the violation and a final warning will be given to the erring motorist.

• 3rd Offense – The motorist’s Driver’s License will be confiscated and LTO Traffic Violation Ticket will be issued to the erring motorist.

The implementation of cashless toll collections is part of the government’s initiatives to prevent the further spread of the COVID-19 and avoid traffic congestion in toll plazas. To know more about how to load your RFID accounts online, head over to this link.

ka-ching ka-ching for some agencies