Twitter has rolled out a new feature called the “Continue thread” option. Additionally, the social media platform has also started testing out a feature that will label misleading information made by public officials.

With Twitter’s new “Continue thread” feature, users who are making a new tweet can click a drop-down menu and select an older tweet that they would like to reply to. A “continue thread” button will then appear after picking an older tweet. The user’s tweets will then be connected to one another. Twitter has started to roll out this feature to users.

Now you can add a Tweet to one you already Tweeted, faster! pic.twitter.com/j3ktAN6t5o

Additionally, Twitter has also started testing out adding colored labels to misleading tweets made by politicians and public figures. According to Reuters, Twitter stated that “We’re exploring a number of ways to address misinformation and provide more context for Tweets on Twitter.”

From the leaked demo posted by NBC News, tweets that contained misleading information appeared bright orange. NBC News also mentioned that the information would be corrected directly by fact-checkers and journalists who are verified on Twitter. The social media platform is also looking to test a “community reports” feature. 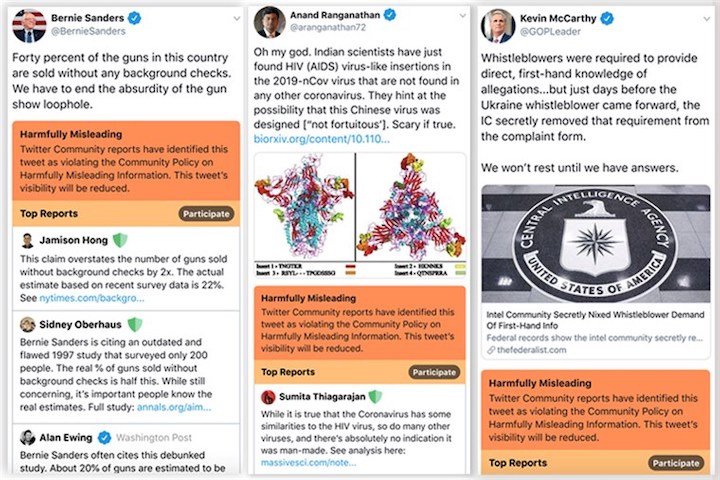