In marking World Meteorological Day, United Nations (UN) Secretary-General António Guterres declared the need for early warning systems covering the entire world in the immediate future. With the World Meteorological Organization (WMO) at its spearhead, the agency will lead the effort and present an action plan in November at this year’s UN climate conference (COP 27) in Egypt.

“We must invest equally in adaptation and resilience,” said Guterres, “That includes the information that allows us to anticipate storms, heatwaves, floods and droughts.” The secretary-general added that it was unacceptable for one-third of the world’s people – living mainly in least developed countries (LDCs) and small island developing States (SIDS) – being uncovered by early warning systems. In Africa, for instance, up to 60 percent of the people lack coverage.

Over the past 50 years, a climate or water-related disaster has occurred on average each day – taking the lives 115 people and causing daily losses of USD 202 million, according to a 2021 WMO disaster statistics report. When accounted in total, this meant over 2 million deaths and nearly USD 3.7 trillion in losses since the 1970s. The same report suggested that investing USD 800 million on early warning systems in developing countries alone would avoid up to USD 16 billion in annual losses.

Although the number of recorded disasters has increased by fivefold over that period, improved early warnings and disaster management have saved the lives of many. World Meteorological Organization Secretary General Petteri Taalas cited that some USD 1.5 billion in the next five years to realize the UN plan. 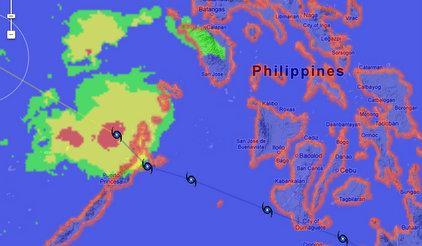 In relation to this, the Philippines has consistently been ranked in the Global Climate Risk Index as among the countries most affected by climate change. With a CRI score of 18.17 from the period 2000 to 2019, the Philippines is 3rd in the world in terms of long-term climate risk among sovereign nations, following Haiti and Myanmar. The lower the score, the higher the risk.

“The Philippines is highly vulnerable to the effects of climate change and this year’s Earth Hour is a good reminder that climate change and global warming are real issues that we need to pay more attention to and require urgent action,” said Acting Presidential Spokesperson Martin Andanar.

Earth Hour is annually observed every last Saturday of March. It will be observed through a “digital on-the-night doubling,” which would serve as an avenue to communicate the urgent need for world leaders to come up with a global action plan for the betterment of nature in the coming decade.