Microsoft has officially announced the release of its new windows update—Windows 11. 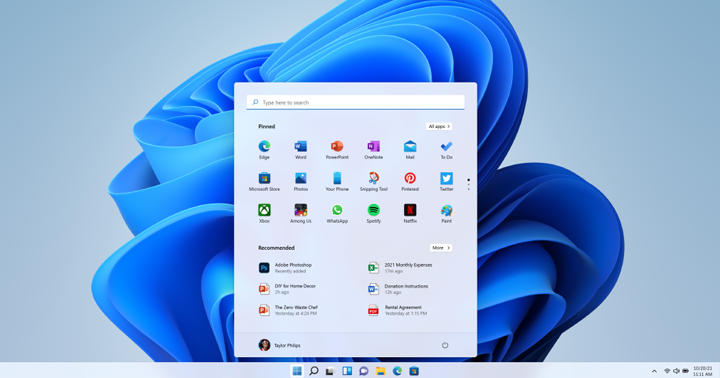 According to Microsoft, they have simplified the design and user experience for productivity and creativity. The Start button, taskbar, icons, font, and system sounds have been upgraded. The start button is now located at the center of your taskbar to make access quicker. In addition, start utilizes the power of the cloud and Microsoft 365 to show recent files no matter what platform or device the user is viewing them from, even if it on an Android or iOS device. 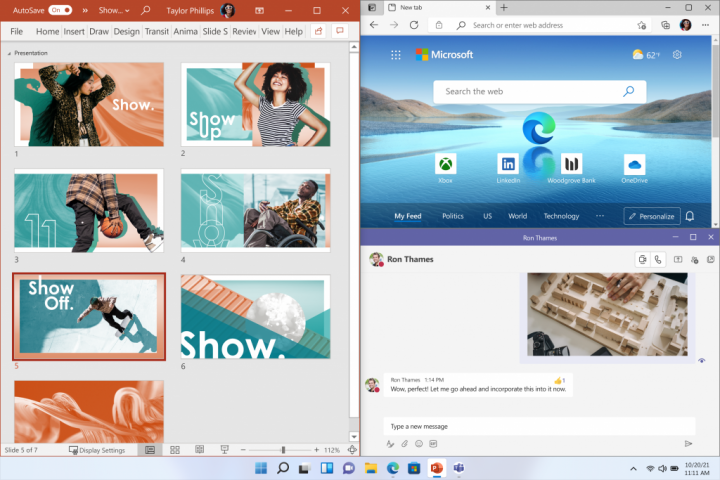 The new Windows 11 will be introducing features called Snap Layouts, Snap Groups, and Desktops that will provide an effective way to multitask. According to Microsoft, these new features are designed to help organize user’s windows and optimize screen real estate to cater to different user layout preferences. Creating separate Desktops for different tasks such as work, school and gaming is also its new feature. 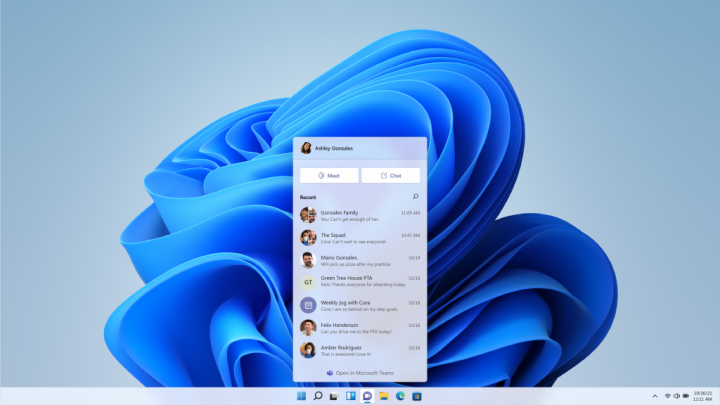 Windows 11 will integrate Chat from Microsoft Teams into the taskbar so that users can instantly connect through text, chat, voice or video with their personal contacts—no matter what platform or device. Moreover, Windows 11 is advertised to provide more natural ways to connect with friends and family through Teams. 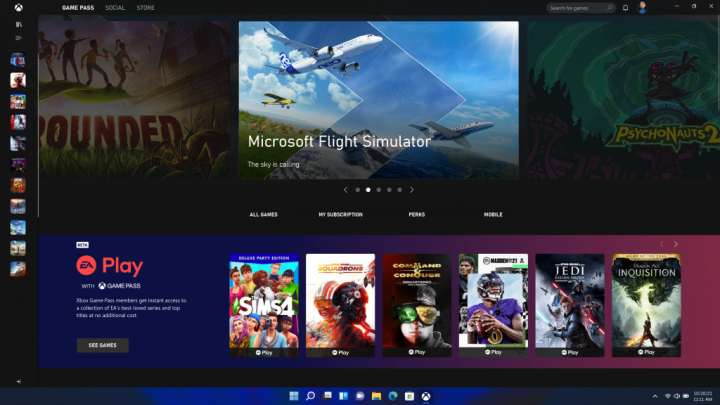 As per Microsoft, Windows 11 will include DirectX 12 Ultimate, DirectStorage, and Auto HDR to improve the user’s gaming experience. In addition, Windows 11 will support Xbox Game Pass for PC or Ultimate, which has access to over 100 PC games. To learn more, check out Xbox Wire. 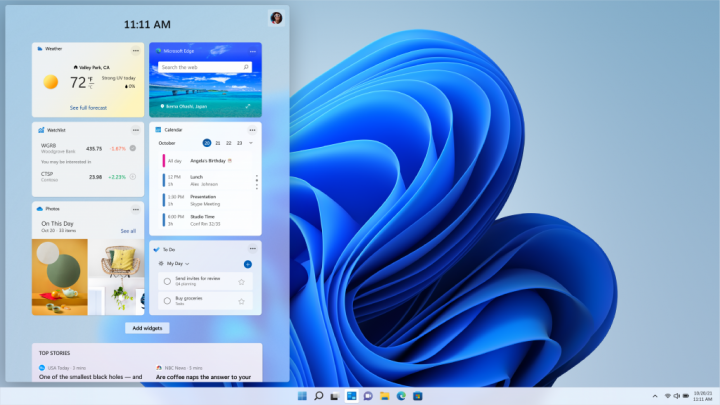 Widgets, a new personalized feed powered by AI, and browser performance from Microsoft Edge will be included in the update. Users can now curate their view directly from their desktop as it slides across the screen to display a personalized feed. For creators and publishers, Widgets will also open new real estate within Windows that delivers personalized content. 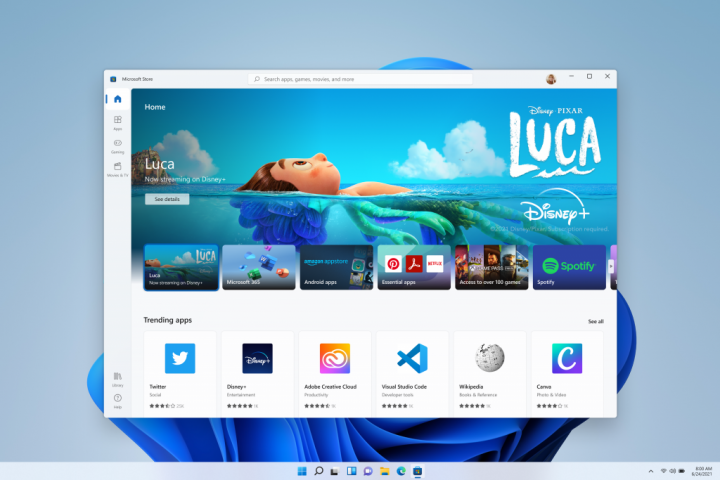 Microsoft store also gets an upgrade with more apps and easier searches. Microsoft will soon be welcoming third-party apps such as Microsoft Teams, Visual Studio, Disney+, Adobe Creative Cloud, Zoom, and Canva—which have been tested for security and system safety. 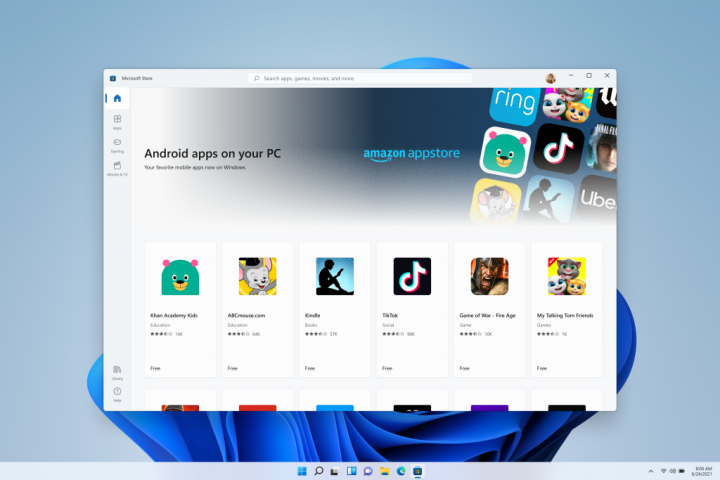 Android apps will also be coming to windows for the first time. According to Microsoft, starting later this year, users will be able to discover Android apps in the Microsoft store and download them through the Amazon Appstore. More about this will be discussed soon.

To add, Microsoft Store will provide a better opportunity for creators and developers to enable ISVs to bring their apps regardless of whether they’re built as a Win32, Progressive Web App (PWA), or Universal Windows App (UWP), or any other app framework. A progressive change to Microsoft’s revenue share policies will be released, where developers can bring their own commerce into Microsoft’s Store and keep 100% of the revenue. To learn more about the changes to the Microsoft Store, click here, if you want to learn more about what Windows 11 means for developers click here.

According to Microsoft, upgrading to Windows 11 is like taking a Windows 10 update. Meaning that users’ apps from Windows 10 will be compatible with the new Windows 11 with App Assure, a service that helps customers with 150 or more fixes for any app issues at no additional cost. Security is also no issue, as Windows 11 provides a Zero Trust-ready operating system to protect data and access across devices. To learn more about Windows 11 as the operating system for hybrid work and learning click here. Microsoft ensures that most PCs, whether Dell, HP, Lenovo, Samsung, Surface, and others, will be ready for Windows 11. Microsoft has improved the experience for touch when using a tablet with Windows 11, providing bigger touch targets, subtle visual cues, additional gestures, and haptics for the user’s pen. Lastly, voice typing upgrades were included because Windows 11 is able to recognize what the user is trying to say, covering punctions as well.