Chromebook users have something to look forward in the coming months as the Google Play Store is heading to their notebooks and will have the compatibility to run Android apps on their desktop. 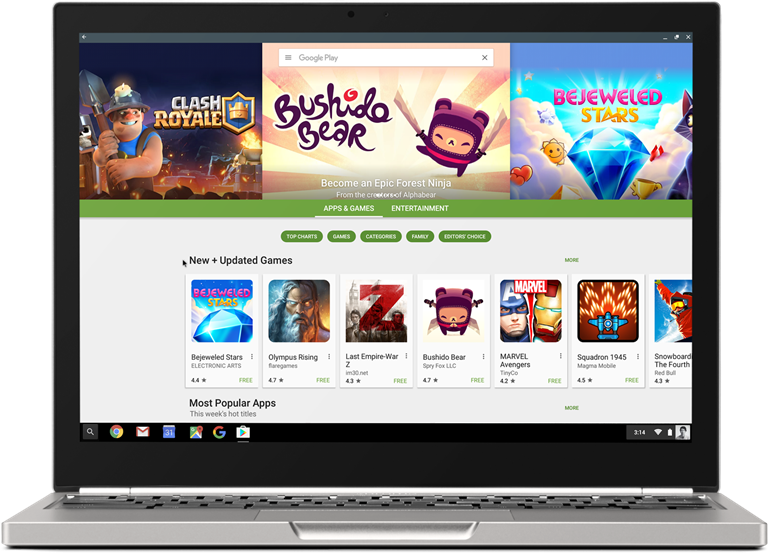 Having the Play Store on your Chromebook will further the productivity of your notebooks plus the ability of playing popular games. Just imagine Clash of Clans on a big screen and better controls. Since the apps from the Play Store are designed for smartphones, their could be some minor adjustments, but tablet apps should work pretty well.

The same apps that run on phones and tablets can now run on Chromebooks without compromising their speed, simplicity or security.

The update for the Chromebooks is first slated to arrive this June but with Acer Chromebook R11, Asus Chromebook Flip, and Google Chromebook Pixel (2015) only. Others have to wait for a later release. To check out if your device is listed, head over here.