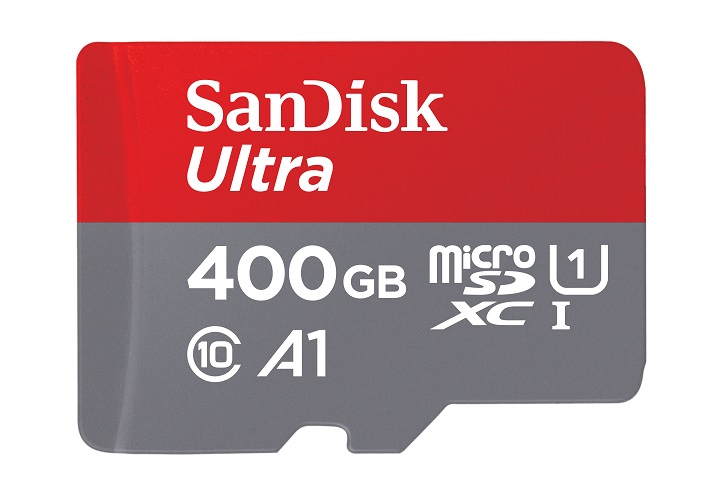 The new 400GB SanDisk Ultra microSDXC card is aimed at mobile users who are heavy on photos, videos, and apps. At 400GB, it can hold up to 40 hours of Full HD video. It also boasts transfer speeds of up to 100MB/s or 1,200 photos per minute. In addition, this card meets the A1 App Performance Class specification, which means that the card can load apps faster.

The ground-breaking 400GB SanDisk Ultra microSDXC UHS-I card features a ten-year limited warranty4 and will be available at SanDisk.com and other major retailers at a U.S. manufacturer’s suggested retail price of $249.99.