All the while we thought that there’s only a slim chance that Canon would enter the mirrorless market because they were doing so well with their DSLR lineup and their point-and-shoot. That is, until we heard of rumors that an MFT camera is already on the works.

So why did we think that a Canon MFT (Micro-Four Thirds) camera is a highly unlikely? Well it has something to do with pricing actually. Canon might have a hard time positioning the product that’s smacked in between their high end point-and-shoot (S100, G1-X and SX40 HS) and their entry level DSLR (1100D) without sacrificing one or the other.

In our opinion, if Canon manufactures an MFT camera, it will have a significant effect in the pricing of their high end compact digital cameras. This may also be the reason why the company has forgone this idea for quite some time. Or did they? 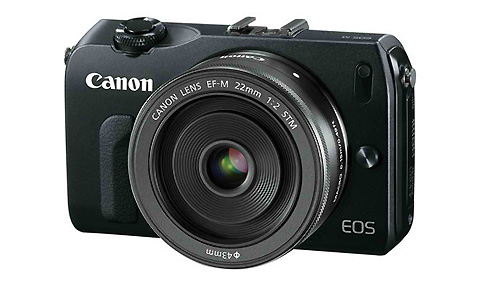 This is supposedly what the first ever MFT camera from Canon may look like based on rumors. Dubbed as the Canon EOS M, this camera is, in our opinion, is what youâ€™d get if you fused the S100 and G1-X together. While little is known about the specs of the EOS M, what gets us excited about it is that it’s rumored to have an EF mount. For the uninitiated, that’s the same lens mount used in all EOS cameras which means that you can use your Canon lens with this.

What’s rather disappointing about these leaked images is the absence of a built-in flash, which we hope that will be compensated with higher than average ISO. But if you already own an external flash, this shouldnâ€™t be a problem.

If this rumor is true, then Canon should make up for lost time for not embracing the MFT technology earlier like its imaging competitors Olympus, Sony, Nikon and Panasonic. Only time will tell if the rumored Canon EOS M has what it takes to go up against already established MFT cameras in the market, if ever there is one.