OpenSignal, a company specializing in wireless coverage mapping, released a report that focuses on Philippine Internet – particularly our LTE speed. They compared two of our telecoms (Globe and Smart) to show where they stand in terms of download speed, upload speed, and latency. Based on the report, Globe’s download speed is a little bit faster than Smart’s at an average speed of 6.1Mbps against 5.9Mbps. In terms of uploading, Smart overtakes Globe by a mere .2Mbps at 7.2Mbps and 7Mbps, respectively. As for LTE latency or as OpenSignal says is “the time it takes for the server to acknowledge the request from the device,” Globe trumps Smart with 93.3ms against 185.4ms. 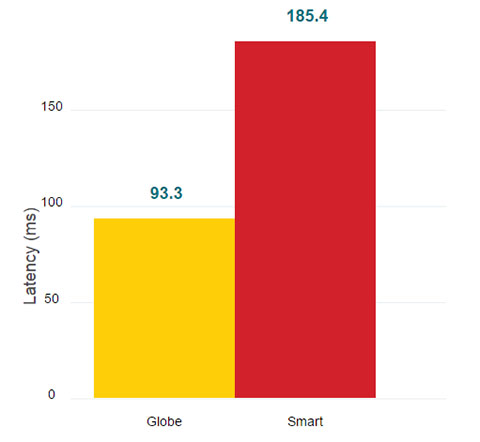 Latency plays a big part in streaming video and VOIP for video chatting and the like. It greatly affects how we, subscribers, feel about the speed of our carrier as a whole (lower is better).

The report however recognizes Smart’s efforts in making significant improvements over the past 3 months in both download and upload speed.

Although this may be the case, we’re still lagging behind other countries in LTE and even in overall Internet speed (2.5Mbps against South Korea’s upcoming 10Gbps)  as we’ve previously reported.