Over the weekend, Facebook admitted to altering hundreds of thousands of Facebook users’ news feed in order to conduct a psychological experiment all the way since 2012. This has caused some people to be enraged as they felt it was some form of intrusion to their privacy in addition to having their feelings toyed with. However, the company explained the reason behind this experiment. 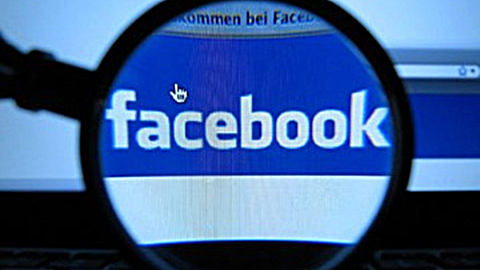 The experiment was done to determine if social media affects people’s emotions based on what they see on their news feed. Reports state that “when a person loaded their News Feed, posts that contained emotional content of the relevant emotional valence, each emotional post had between a 10% and 90% chance (based on their User ID) of being omitted from their News Feed for that specific viewing.”

Basically, Facebook altered 689,003 different users in which they only showed emotionally-positive posts of their contacts on one group and negative ones on the other.

“The reason we did this research is because we care about the emotional impact of Facebook and the people that use our product,” says Adam Kramer, Facebook data scientist and co-author of the study. “We felt that it was important to investigate the common worry that seeing friends post positive content leads to people feeling negative or left out. At the same time, we were concerned that exposure to friends’ negativity might lead people to avoid visiting Facebook.”

That was mainly their worry and the findings showed otherwise – what people post affects the kind of entries we make. For example, if we see lots of negative entries in our feed, it’s more likely that we subconsciously sympathize and post negative content as well. If it is positive, we tend to feel happy inside therefore making us post positive entries.

“Having written and designed this experiment myself, I can tell you that our goal was never to upset anyone,” says Kramer. “I can understand why some people have concerns about it, and my co-authors and I are very sorry for the way the paper described the research and any anxiety it caused.

After seeing the side of Facebook, what ‘s your personal take about this research?

Update: In Facebook’s defense, the company claims that “research” is one of the things included in Facebook’s Terms of Use prior to making an account. It states that the information of the user may be used “for internal operations, including troubleshooting, data analysis, testing, research and service improvement.”

Hello there, You’ve done a fantastic job. I will definitely digg it and personally recommend to
my friends. I’m confident they will be benefited from this
website.

Looks like some people are waiting for consequences before they realize that manipulation is plain wrong.. Facebook even doesnt cleared yet if they reverse the manipulation of news feeds back to what it should be after their research or if we are still living in a lie because we chose to use facebook to share our thoughts.. It is legal? Yes.. Because some good lawyer wittingly made us agree to something that is WRONG. Is it free? Oh yes it is.. So we are so indebted to them they could do anything they will to us. And thats what you call sarcasm if you are too blind to see it.. Geez!

People are using a free service, a service designed to let other people know stuff about themselves, and they complain about things like this? Seriously?

FREE is a common misconception. NOTHING is FREE. We pay for facebook by using it. They earn with every impression/clicks on ads. If many people dont use facebook they wont get revenue. Its the public that contributes indirectly to their profit. Just like Yugatech earns from advertisers, if no one is visiting this site they wont get advertisers that pays them. So in essence we are contributing to yugatech by using their site…

But it’s free. You don’t pay to use facebook. So shut up about it.

The question is: Who or What will prevent Facebook and similar sites from doing this again in the future?

This “experiment” can be misinterpreted as “deception” in some cases. To knowingly manipulate public opinion and use human emotions to further one’s goal should be treated as a crime (i bet it already is).

“To knowingly manipulate public opinion and use human emotions to further one’s goal should be treated as a crime (i bet it already is).”

A basic rule of conducting a research is to ask for informed consent from the subjects it wants to study. Besides privacy, Facebook also violated every person’s right to informed consent

i believed facebook already asked for consent when you accept the terms and conditions when signing up.