Our second Marley headphones is this entry-level ‘Positive Vibration: Sun (or just ‘Sun’) which looks very stylish compared to many other entry-level cans. But, does it sound as good as it looks? Read on after the break. The House of Marley audio brand is relatively new here in the Philippines (more on that here). The company aims to provide great audio experience without breaking the bank, all while caring for the planet and giving back to the community — something that Bob Marley would do.

The Sun’s headband is lightly padded with a polyester-like material, the top side of the band is covered with a turquoise-colored canvas while the inner part bears a rather eclectic Jamaican pattern on a neon-orange background. It looks really cool, people at the mall couldn’t help themselves from glancing at either sides of my head — at least that’s how I felt. I’m a bit worried with the kind of material they have chosen to use on the headband, I can honestly tell that the canvas is going to be a dirt magnet. Choosing light colors to dye the natural fabric will surely make the slightest stains more obvious, so if you’re planning on buying these cans, make sure not to use any sticky/styling material on your hair if you’re gonna wear ’em. 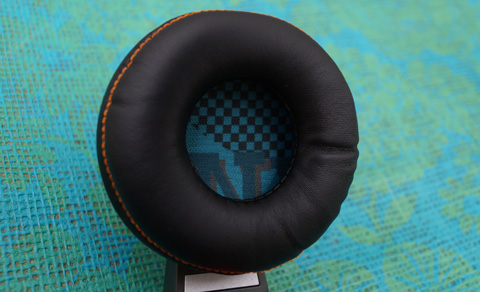 The coiled orange wires that supply power to the right driver emanates a retro vibe. The headphone’s cups are actually made of recycled aluminum, at first I thought they were just cheap plastic sprayed with silver paint.

The cups feel very solid when held which is a good thing, the inner part of each cup is covered with soft patterned-turquoise cloths. The plastic hinges and slide adjusters on the other hand feels a bit flimsy to me, also, the sliding mechanism can be a bit difficult to adjust if you’ve already slid the cups halfway down due to the curved metal rails. The cups can be tucked inwards when storing them inside the durable canvas pouch included, headphones within this price range don’t often come with accessories like this one so it’s a plus for the Sun.

As you can see, the Sun’s ear cushions are accented with neon-orange stitching and are densely packed with foam/polyester fiber so it’s a bit stiffer than usual, It’s is not a good thing. I own a pair of SJ33s & HD219s and the foam padding on those things are divine, soft as a baby’s bottom. With the Sun, I’ve noticed that the outer part of my ears (the antihelix) started to hurt and sweat like mad in just a little over an hour of wearing it, this never happened to me with my other two units. It would be unfair if I put all the blame on just the ear cushions right? Well, one contributing factor to the ear pain is the very hard clamping force that these things possess, I mean literally, these held on to my head like there’s no tomorrow! These cans are relatively new so they’re forgiven, I suggest trying to loosen the headband clamping some books between the cups for a couple of nights. Those with larger craniums, you guys should definitely follow my tip if you want to wear these things without crushing your heads.

Warning: It will hurt like hell once you remove this thing after wearing it for over 2 hours. I mean it.

The Sun’s audio cable is also given some aesthetic twist. It’s wrapped in some sort of nylon or cotton weave, a 3.5mm L-shaped audio jack can be found at the other end. If you own a cheap CD-R King HDMI cable, that’s how it actually looks and feels like albeit, a whole lot thinner. I have to be honest here, if there are two things I don’t like about these cans? The strain reliefs and awkwardly thin cabling. I doubt if the strain reliefs even offered some support at all, I mean look at these things: 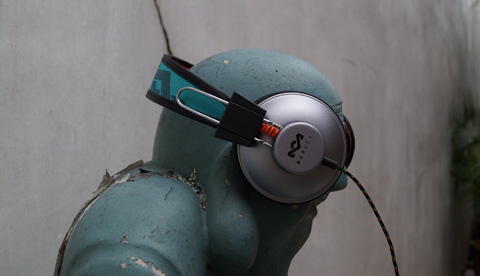 Now that we’ve got everything about the aesthetics covered, let’s talk about the most important thing: sound. A pair of headphones named after a legendary artist should perform well shouldn’t it?

(Looked everywhere, even on their website. That’s all I could find, unfortunately.)

So how does it sound?

To be honest, the sound it delivers isn’t overwhelming even after 30 hours of burning them in, the sound stage is pretty wide, I could tell the locations of the cymbals, flutes, hums and whispers. It’s one of the most natural sounding headphones I’ve ever used but for the same price there are some better sounding headphones on the market.

According to their website, the Sun delivers “detailed sound with great bass”, well the details are certainly there but not as clear as the HD219 or SJ33’s. The highs are tamed, not too harsh/irritating but the mids are a bit muddy, as if there’s a thin cloth covering Michael BublÃ© and Ron Sexsmith’s mouth when I played their song “Whatever it takes” on my iPod Nano 6th gen (sound check off, EQ off, song is transcoded to Apple Lossless format from FLAC), after listening to the same song directly from my laptop, the sound improved a tiny bit the highs got brighter but the vocals are still muddy, bass is nothing compared to the SJ33 and the HD219, it’s is there but it’s certainly weak, I kept waiting for the ‘OOMPH’ to come but it never did, for short ‘bitin’. “Whatever it takes” isn’t exactly bassy but it’s full with light, detailed bass that I could hear on the SJ33 pretty well which gives the song some ‘body’. 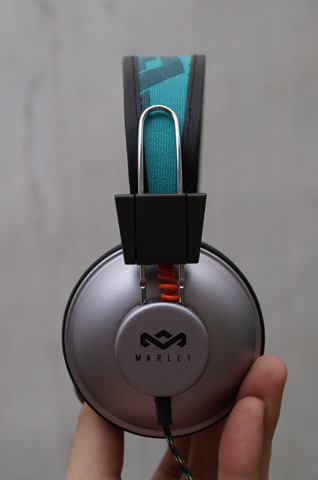 I got disappointed even further when I played Afrojack’s “Take over control” feat. Eva Simmons, Chris Brown’s “Turn up the music and Avicii’s “Fade into the darkness”. Those tracks are filled with booming bass all throughout, I cranked the volume up to 3/4 of my iPod’s volume bar, my ears started to hurt due to the loud vocals and hissy highs while I kept on waiting for the bass that never came. Really disappointing.

Until I played Bee Gees’ “How deep is your love”…

The vocals were certainly clear and warm, the bass was good, detailed but not overwhelming. The highs were so clear and neutral, I thought I was listening to my dad’s gigantic wooden Akai speakers from the 80s. I then kept listening, played Tracy Chapman’s “Fast car”, The Beatles “Strawberry fields forever” and so on…

The Positive Vibration: Sun headphones is not for everyone. It’s best for playing classical music, jazz, britpop, instrumentals, reggae and the likes. It’s not meant for club, house, bassy pop and RNB music that the current generation is used to. (good thing I like different genres) Too bad even tweaking the iTunes EQ doesn’t help with my occasional hunger for bass on the Sun.

What we liked about it:
– Stylish
– Neutral sound
– Controlled highs
– Made from recycled materials

What we did not like:
– Weak bass
– Flimsy build quality
– Uncomfortable