We just gave you a review of the new GoPro Hero5 Black and here we have another action camera on our hands. Unlike the flagship Hero5 priced at Php22K, the SJCAM M20 is more on the affordable side at Php5K and claims to produce an interpolated 4K video. Is it a good alternative as a sports camera? Read our review and find out.

The M20 features a plastic body that makes things light. At only 55 grams for the device itself, it’s actually pretty impressive. This is because the M20 could be used for drones that support it. The action camera even has specific settings for aerial shooting but we’ll get to the features later on. 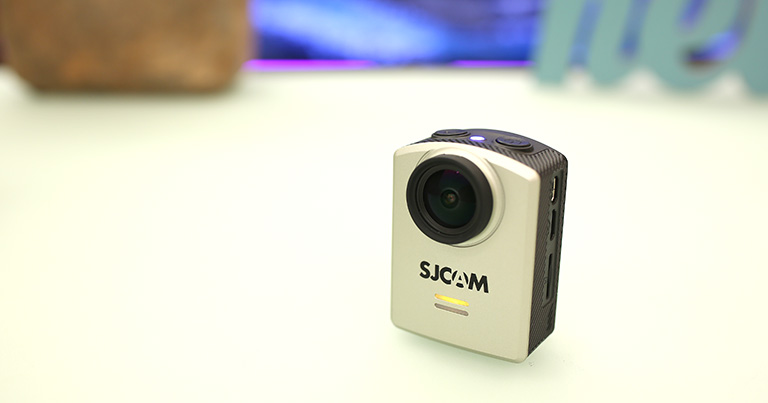 The first thing you would notice is its 16-megapixel Sony IMX206 sensor mounted in the middle. There are indicating lights around the device and the yellow bar seen above is one of them. 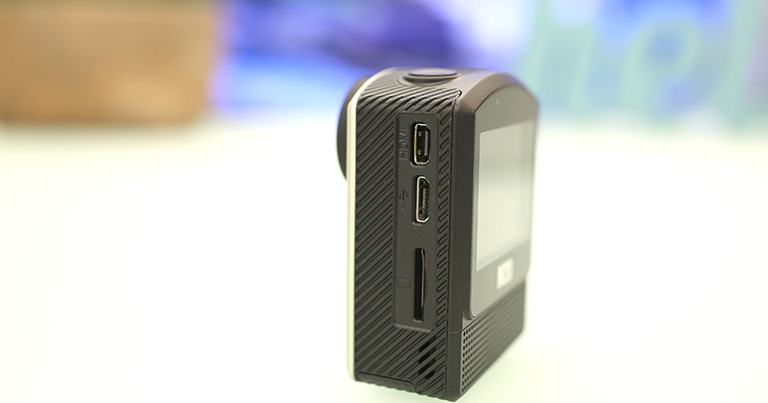 While the front has a smooth surface, the surrounding sides are textured. On the left are the ports for micro HDMI and micro USB as well as the slot for a microSD card up to 128GB (none included). 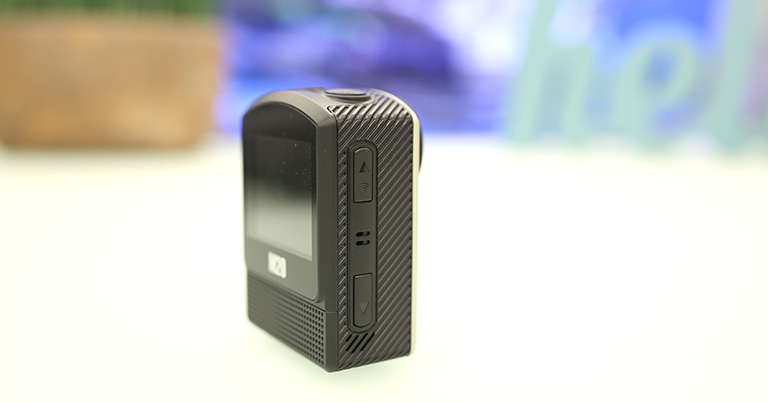 The opposite has the navigational buttons with the top also functioning as the switch for Wi-FI and the bottom for displaying settings to tweak. 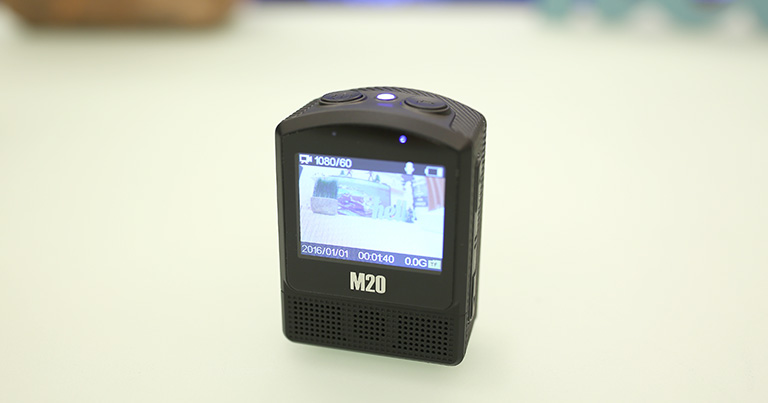 The back features the embedded 1.5-inch display which is not touch-sensitive and serves as a live preview and for playback. Below that is the built-in speaker for watching recorded videos. 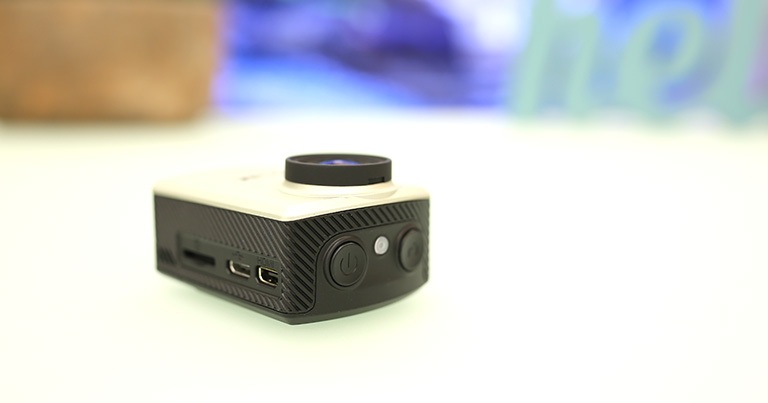 Up top are two main buttons for powering up the device/switching between shooting modes and Record/exit. Between them is another LED that indicates when the device is on and recording. 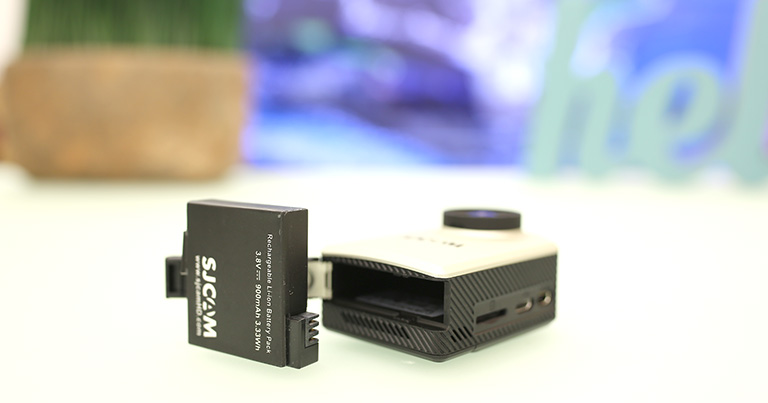 The M20 sports a removable battery with 900mAh capacity. We like that you can easily swap it unlike the Hero Session that you need to charge when the juice runs out. 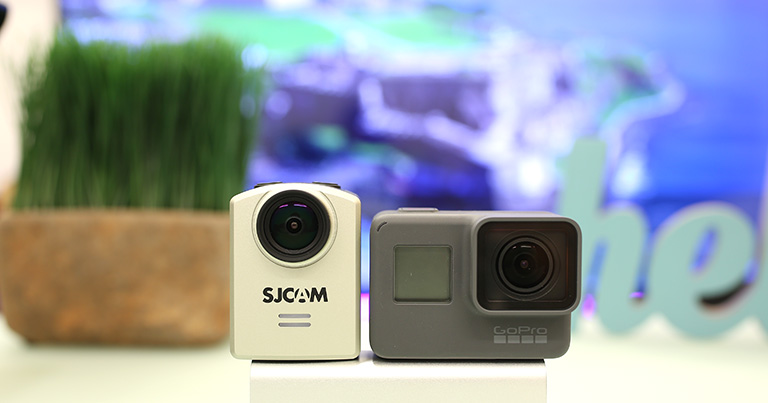 Just like other SJCAM action devices, the M20 comes with a generous amount of mounts and attachments that you could use on different activities: There’s the waterproof casing rated up to 30m, a handlebar mount, and a frame for when you want to record audio along with your video. 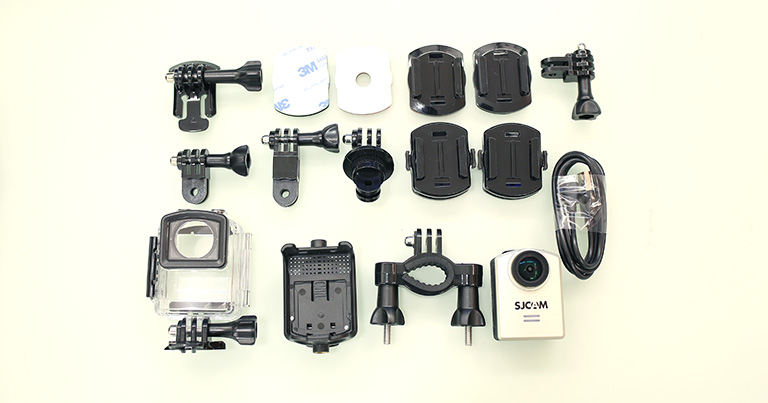 You can actually use the M20 as a dashcam as it also has a specific mode for that, but no suction mount or anything is in the package so you might end up using the adhesive mounts on your windshield.

As mentioned earlier, it has a 1.5-inch non-touch display which can be used for live preview before hitting record or for playback once the shoot is done. Overall, it has decent legibility outdoors and we were able to easily view our shots after biking on a cloudy day. 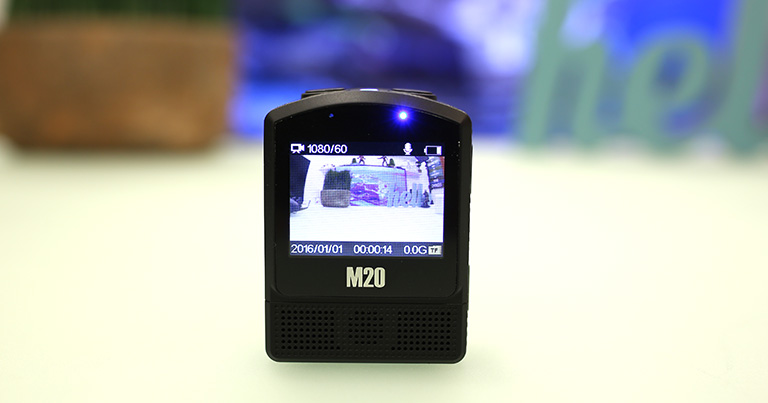 It is 0.5-inch smaller than the Hero5 Black’s display but is actually not bad as you’re going to use it for viewing and not for navigation.

The company markets the M20 as a 4K action camera, but is transparent enough to say that it is only interpolated. This means that it doesn’t shoot true 4K quality, rather, it captures 2880 x 2160 images and interpolates them to achieve a 4K output.

Although, it shoots true 2K video with a resolution of 2560 x 1440 so if you don’t really need to capture in 4K and need to crop the footage, its 2K mode will suffice.

SJCAM implemented a gyro-based stabilization to remove the minor shakes in recorded videos. This is actually helpful as seen on the sample video later on. It’s obviously not as effective as OIS but having it onboard is a perk we’re willing to accept.

The M20 features RAW for photos and WDR for videos. What these do is to show more details in usually dark areas. The thing is, there’s very little difference when we compared the shots with these features turned on and switched off.

Users can also choose between different field of views namely: Wide, Middle, Narrow, and OFF. The last basically puts it on default which is wide. Check out the different FOV samples below.

Other features include a partner app that you could download on your iOS and Android devices to change the settings before shooting and watch and export media, time lapse video/photo, slow record which shoots 720p video at 120fps or VGA at 240fps, burst mode, underwater mode, and the option to mount it on a compatible drone thru its micro HDMI connection and use it to shoot.

In terms of picture quality, we have a love-hate relationship going on with the M20. We like it because it could give you lively colors when there is enough light, but the auto white balance settings is a hit and miss like in one of the photos below.

Additionally, we’re not that impressed with the level of clarity it gives off as we noticed some smudges if you look closely at the details.

We appreciate that it could shoot 1080p videos at 60fps to better help capture action shots. Talking about video quality, we have the same sentiments as with the photos as we find details to be smudgy and colors sometimes washed out. Check out the sample video below as it was mounted on the handlebar of a bicycle.

Carrying a 900mAh battery, the M20 lasted 57 minutes when we continuously shot a 1080p video at 30fps with gyro stabilization on and Wi-Fi off before we needed to charge it again. This, in turn, took 1 hour and 7 minutes to fill up its battery to 100%.

The SJCAM M20 is a lightweight and easily portable camera that could be used for sports, in a car, or attached to a drone. While that may be cool, its picture quality isn’t something we’ll call as broadcast quality although it could be enough for casual users. 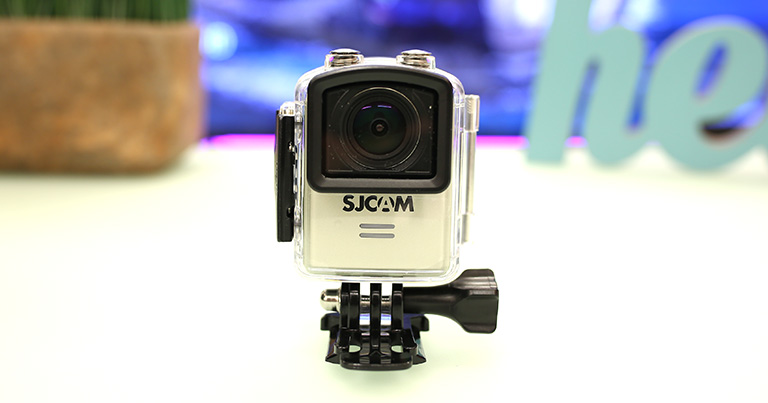 At Php5,006.50, Lazada is offering the M20 that comes with different mounts, accessories, and interpolated 4K video. You may check out the listing here.