24 Hours with the LG Watch Urbane

24 Hours with the LG Watch Urbane

Our recent trip to the US ended up with a few nice toys during a visit to a couple of Best Buy stores. Among them is the recently announced LG Watch Urbane, the latest Android smartwatch from LG. The very first time I unboxed and used it, I logged my activities the entire time just ot see how long it will last on a single full charge.

The LG Watch Urbane is basically the fancier and pricier version of the LG G Watch R. The Urbane viariant of the LG Watch series is positioned for the more fashionable crowd. 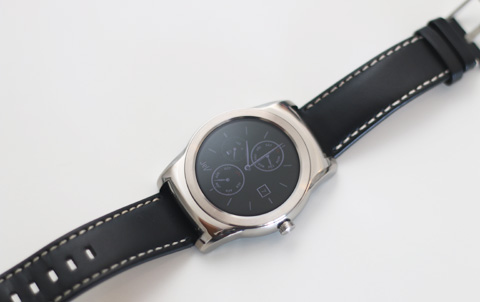 It comes in two colors — silver and gold — while the accompanying leather strap is in black with beige stitches around the sides and a light-gray underside.

1.45pm (84%) After getting a number of chat messages, SMS and 2 missed calls in between meetings, the LG Watch Urbane breezed thru each of the missed messages smoothly and though I’d glance on the watch once in a while, it liberated me from the grip of constantly using the phone. I even made the funny mistake of answering a call and talking directly to the watch. 3:00pm (78%) Nobody in the office noticed what I was actually wearing was a smartwatch until I showed them the interface.
This is because the LG Watch Urbane looks like a typical classic watch with the solid stainless steel body.

5:20pm (69%) Left the office to go to the gym for a quick workout. Wanted to wear the watch but was afraid the leather strap might get ruined with sweat. Nevertheless, the Watch Urbane is IP67 rated so it is possible to submerge it in water (no deeper than 1 meter) and no longer than 30 minutes. I will have to replace the strap with a more rugged version so I can use it in the gym or a quick lap at the pool.
The heart rate sensor at the back of the body is very visible and can track your heart beat using the G Pulse app.

8:00pm (55%) Heading home and drove while running the Maps app on the phone. The UI is actually good even if the screen is very small. 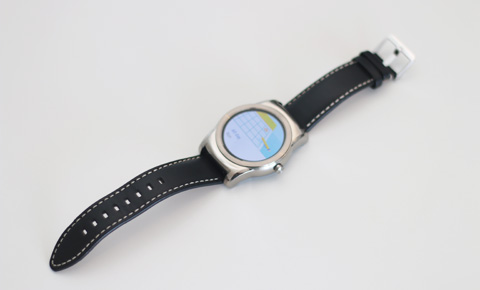 You will get the same look and feel as if you’re using Maps on the phone. The interface reverts to a low-power mode in black and white to conserve battery. It goes back to the regular bright UI when I flick my wrist and look at the face.

10:15pm (50%) Change the watch faces to a more classic one and went on to do late-night work while checking messages and notifications thru the watch. Around this time, I’ve only consumed 50% of the battery. I’m a bit impressed.

12:00mn (35%) Went out for a quick walk around the park while exploring some more features of the watch. Tried out typing in the small screen and was thoroughly satisfied with its accuracy. This time, I was alredy trying to push the phone to drain the battery faster.
3:30am (20%) Failed to completely drain the battery of the LG Watch Urbane, I finally gave up and fell asleep around this time. Forgot to download and activate the sleep monitor function. 8:00am (5%) Woke up and the first thing I did was to check the battery life. I was afraid it would have ran out of battery while I was asleep but was surprised it still had 5% left.

By this time, I removed the watch and placed it back into the cradle to re-charge. All-in-all, I was impressed that the watch could last almost 24 hours on a single full charge. That’s a huge improvement from previous Android smartwatches that lasted only 8 to 12 hours at best.

It’s too early to say if the LG Watch Urbane could really be a practical complement to my Android smartphone but so far, I think the sufficient battery life is a good start. LG has a promising smartwatch with the Urbane. It has the looks, the features and a good battery life. The worst thing I don’t want to end up with is a useless piece of metal in a strap that has no battery in the middle of the day. So far, the LG Watch Urbane managed to avoid all that.

Unfortunately though, it’s still not officially released in the Philippines yet. The one we are using was bought from Best Buy in Palo Alto, California for about Php17,000.