Apple Aperture reaches the end of the road

Earlier this month, Apple announced the upcoming version of their operating system, OS X Yosemite, during this year’s WWDC. And with it comes the sad news that the company’s “pro” photo-editing suite called Aperture will no longer receive updates.

According to the Apple spokesperson that our source talked to, the decision to abandon Aperture is brought forth by the new Photos and iCloud apps pre-installed on the OS X 10.10, the former being the replacement to the iPhoto. 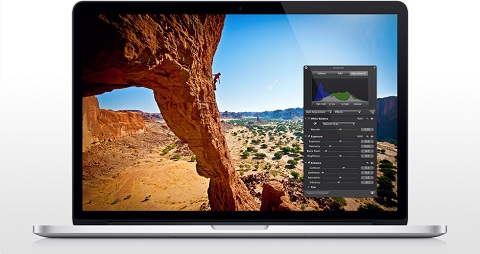 In line with this, Apple will aid Aperture users in migrating their album/s from the now-defunct software to the new Photos app once Yosemite is released. The company also stated that they’ll also help Mac users to transition to Adobe Lightroom should they wish to go down that path.

The good news is that Apple is not totally axing the software. This means that Mac users can still use Aperture even after upgrading to Yosemite, provided of course they can live without the updates.

Nice.. Going up fix bug for Mac OS .. But still I’m in the side of Android.. Partnering Google, that open sources to everyone.

Perfection. Well it is not so perfect anymore it has to be removed.