The iPad Mini is one of those more daring moves Apple has made recently. Despite its previous pronouncements that they won’t make any tablet smaller than 10 inches, they’ve now given up to the idea that a 7-inch could be the ideal size. Check our full review of the iPad Mini after the break.

Several years back, when Apple first introduced the iPad, Steve Jobs stressed that the 10-inch display is the most comfortable tablet size that people will appreciate. He dismisses the 7-inch category as too small.

This year, Apple finally gave in to market forces and was pressured to offer a smaller, thinner and more affordable iOS tablet.

While most other tablets designed their tablets at exactly 7 inches, Apple slightly veered away from that by making the Mini at 7.9 inches. This gives the iPad Mini the leverage of having a much bigger screen real estate for almost the same size and form factor. 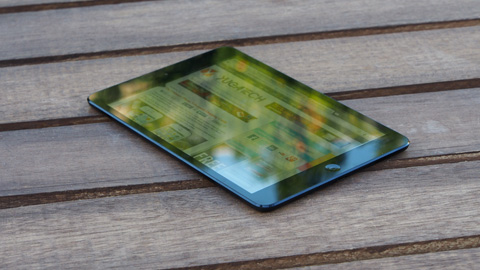 And surely, the iPad Mini has little bit more width and giving it an aspect ratio of 4:3 instead of the usual 16:9 most other tablets go around these days.

Apple did really well in designing the Mini — while it looks like the typical iPad, the slim and light form factor makes it look very sexy. 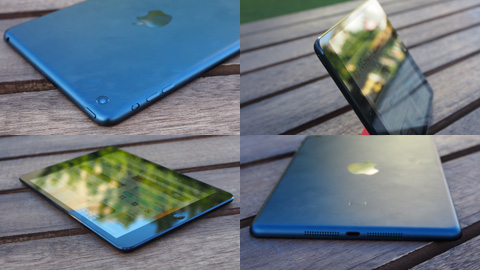 I’ve been so used to the size and form factor of the Nexus 7 that when I moved to the iPad Mini, it was kind of awkward to hold with one hand (clasping it like in their ad poster).

Nevertheless, the Mini is still very thin and very light that you would not think twice of bringing all the time because of the negligible weight and thickness it added to your daily luggage.

While this is already true with previous 7-inch tablets like the Galaxy Tab 7.7, the MediaPad 7 and the Nexus 7, we can’t deny the fact that the iPad Mini convinced previous iPad users of the novelty of a smaller screen and lighter form factor. 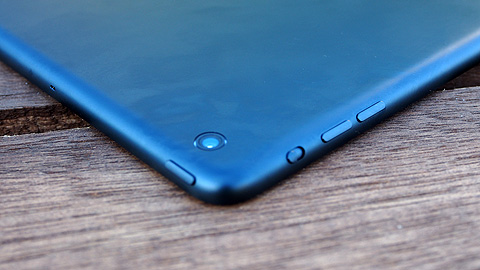 Apple managed to squeeze in all the basic physical controls of the iPad — at the left side is the volume control and rotation lock, the top end is where the power switch and 3.5mm audio port while the bottom end is where they placed the speakers and the proprietary 9-pin data/power port.

The display might be one of the first things you will check out when you first see the iPad Mini. If you’ve already heard of previous criticisms that the screen does not look good, you might already have prejudged the Mini.

This is mainly due to the fact that Apple started introducing the Retina Display feature into their tablets with the iPad 3. Hence, there’s an implicit expectation that all succeeding tablets should have the same level of resolution. Or, better. 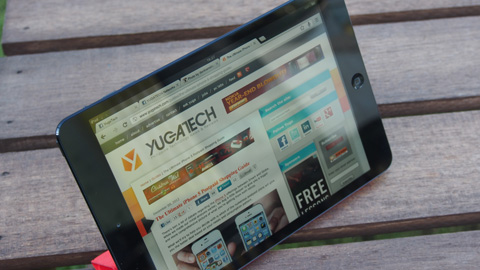 However, unless you’re very used to the iPad 3, we don’t think you will greatly notice that the iPad Mini does not have as much pixel density.

On casual usage, the Mini has pretty good screen; the 163ppi pixel density is already decent, color saturation is almost even and screen brightness is sufficient.

We believe that only long-time iPad 3 users will immediately spot the difference. Everybody else who’s upgrading from the original iPad and the iPad 2 as well as the other 7-inch Android tablets will certainly appreciate the clarity and over-all performance of the display.

Perhaps, one of the biggest strengths of the iPad Mini is its operating system and app ecosystem. iOS, despite its simple and straightforward UI implementation, has truly matured. It has not really changed its look since day one which helped it adopt to all sizes of iOS devices it’s been installed into — iPod Touch, iPhone and iPads. 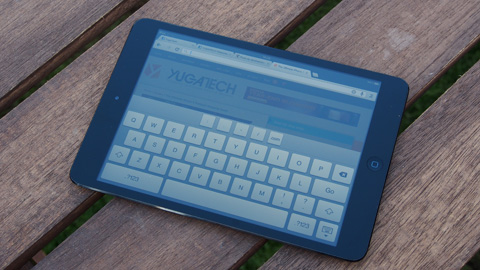 The iTunes App Store has over 700,000 active apps in its marketplace. Almost half of it are free and most of the new and widely used apps are first released for iOS. This gives Apple devices a huge advantage to attract the app-crazy market.

The smaller screen proved to be a challenge when it comes with using the virtual keyboard. With the bigger iPads, it was easy to touch-type with both hands as the size and distance of the keys were enough. With the iPad Mini, it’s already cramped. This obstacle will actually force you to change the way you type — by holding it with both hands and finger-typing with the thumb, just like what you would do with a large smartphone.

The iPad Mini’s multimedia features are strongly hinged on iTunes so most of the media management is done thru the client and then synced to the PC/Mac. This includes downloading of music, TV series, podcasts, movies and apps.

While the process has changed in recent years, meaning you can download media directly into the iPad, iTunes remains to be central to this ecosystem (for obvious reasons that it is where Apple makes money). 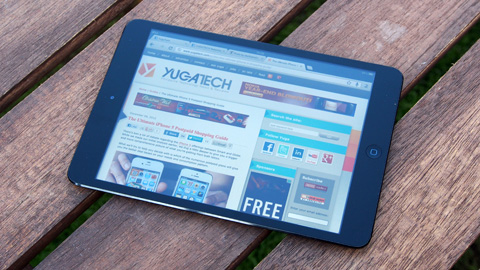 The speakers on the Mini are surprisingly good, has enough volume when you want to crank it up and does a pretty good job for all-around use.

The display, while it’s good enough for playing 720p movies, has the older standard of 4:3 aspect ratio so that when you watch videos or movies, it doesn’t fill up the screen (you get black borders at the top and bottom end).

Where the iPad Mini excels that the previous 9.7-inch iPads had a hard time was with reading eBooks. You will find using the iPad Mini much more comfortable on the hands even with prolonged use (apparently, a lot of people use it while lying down on their beds and holding the iPad with one hand).

As for the 5-megapixel camera, we’ve already been spoiled with how good the optics on the iPad 3 is so when we used the one on the iPad Mini, we were a bit disappointed.

Web browsing on the iPad Mini is surprisingly good since it has enough width and resolution to display most websites in full without much of the zooming in and out of the page.

So much can be said about the iPad Mini’s performance. If you were using the tablet for the usual stuff like running apps (Twitter, FB, Instagram), browsing the web with Safari or playing media files on the native app, you will rarely notice any difference.

However, once you fire up the more resource-intensive apps, that’s where you will definitely see the difference. For once, try firing up Google Chrome on the iPad Mini and open up several loading the same website. Here you will notice the tablet struggling with multiple processes running at the same time.

Despite its very slim profile and significantly smaller size, the iPad Mini was still able to deliver close to 9 or 10 hours of battery life on a single full charge. 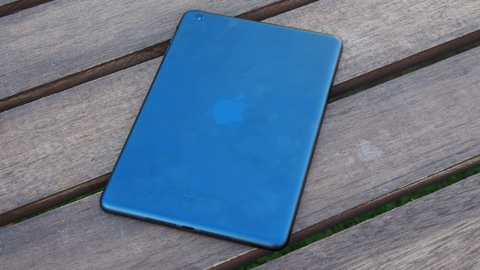 Playing movies in a loop gave us around 9 hours of playback at 60% brightness and 50% volume. The Mini tends to heat up just a little on prolonged us, especially while multi-tasking but it’s not as big a concern as the one on the iPad 3.

The iPad Mini is a 4th generation device with a 2nd-generation hardware. For first time iPad users, the sleek form factor and app ecosystem in a more affordable price point (compared to all other iPad models) makes it an enticing offer. 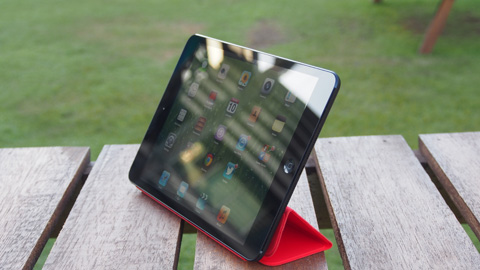 For long-time iPad users, the size and weight difference will be its biggest charm as you no longer need to consciously decide whether you want to bring that old bulky iPad with your laptop in your daily working bag.

For hard-core iPad users, the slower processor and the lack of Retina Display could be its biggest turn-off.

The iPad Mini is a beautiful device and we are sorry to say that Steve Jobs was wrong when he said the you can’t go below 9.7 inches on a tablet. In fact, at 7.2mm, the iPad Mini might actually beat 99% of other tablets and smartphones out in the market. Sadly though, it’s a gorgeous device with an outdated hardware configuration.

The iPad Mini is now available in the Apple Philippines Online Store with a starting price of Php15,990 (check the complete price list here).