Apple decided to kick off this year’s Keynote Event with the introduction of the new breed MacBook Pro computers.

Apart from the usual upgrades, the Cupertino-based tech giant boasts that the new model can provides faster performance and longer battery life which is brought by the newly announced OS X Mavericks, as well as the 4th Generation Intel Core processors under its hood. 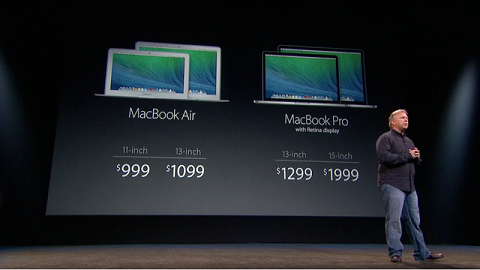 Another surprise that the company announced was that every Mac users can jump in on the Mavericks bandwagon without the added cost. The Mavericks update will be seeded starting today, the same time as the shipping date of the two new MacBook Pros.