The Huawei P30 series launched in the country a few days ago, and along with it are two accessories — the Huawei Watch GT and the Freebuds Lite. I recently gave my initial impressions of the watch, so this time we’re going to take a look wireless earbuds. Check out my hands-on below. 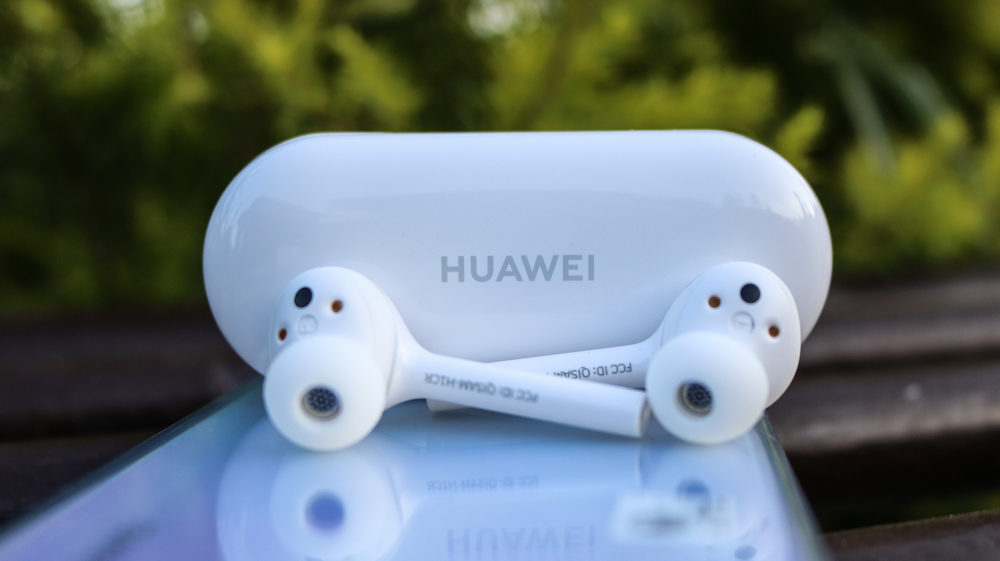 From how it looks, the Freebuds Lite is identical to the Huawei Freebuds as I can’t see any physical difference between them. Both the case, that looks like the Samsung Galaxy Buds, and the earphones itself, which almost has the same appearance as the Apple AirPods, are made up of glossy polycarbonate material. However, it has an IPX4 splash resistance which is great for outdoor use. 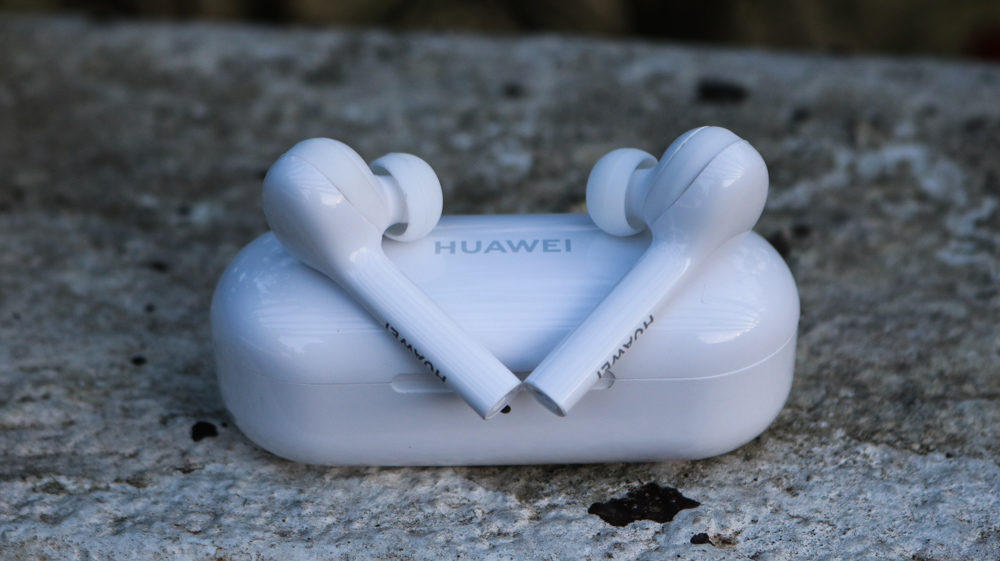 The back part of the case houses the micro USB port and a button which serves as the Bluetooth pairing mechanism for mobile devices. 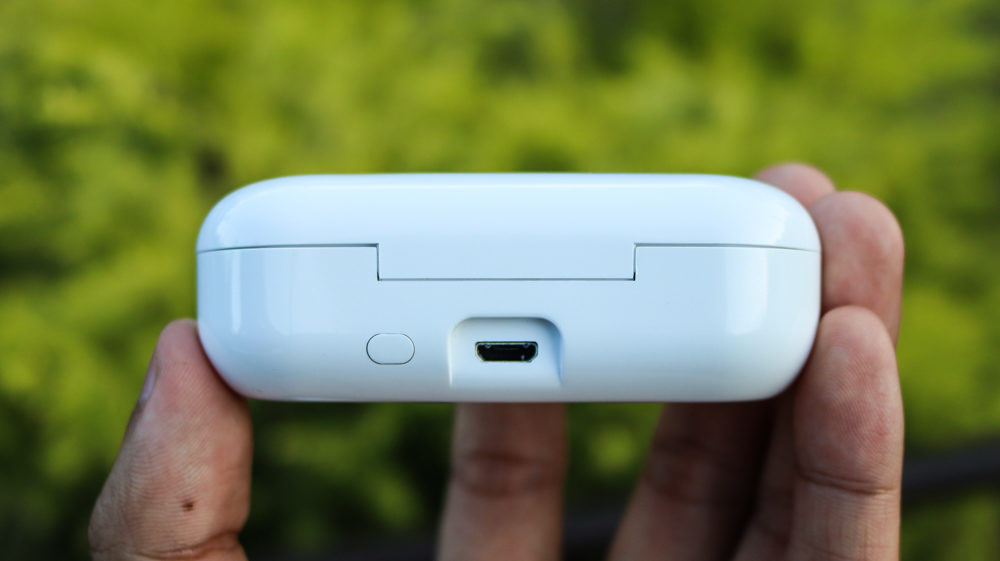 Since the Freebuds Lite case also serves as a power bank for the earphones, a notification light sits in front which tells the user if the battery percentage is still high enough (green) or if it is running low (red). It can also determine if the accessory is ready for Bluetooth pairing (blue) or not.

Opening the case will reveal two magnetic holes with the shape of the earbuds where you can store the earpieces after use. 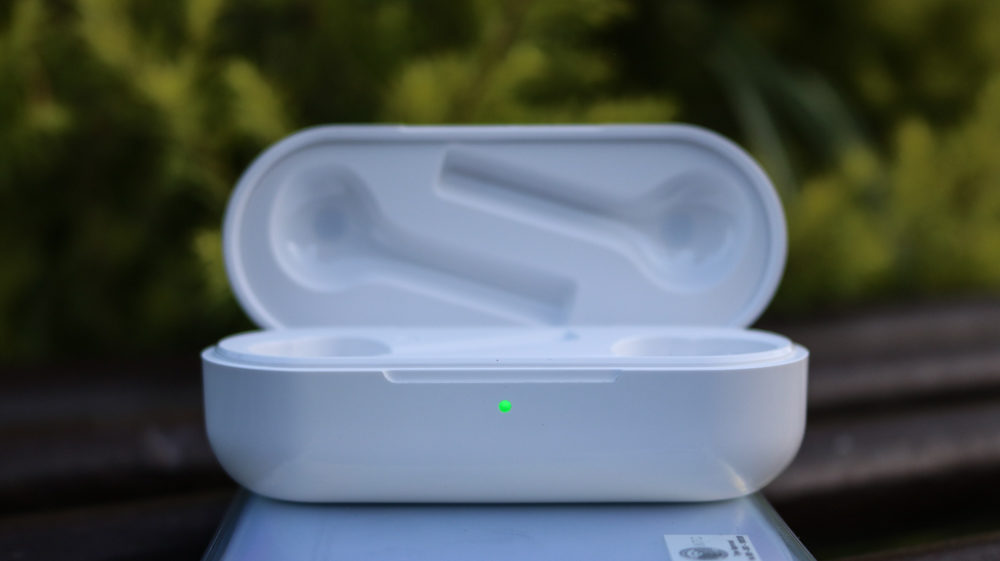 The earpiece themselves comes with a 55mAh battery capacity on each side and infrared sensors that can detect when it removed from the person’s ear. It also pauses the music player automatically, which is neat. Speaking of which, it adopts an AAC technology that improves transmission efficiency for a high resolution and more realistic sound.

At the back of the Freebuds Lite are built-in G-Sensors where users can tap to execute specific actions in their smartphones. Double-tapping the left earpiece will activate the voice assistant while doing it on the right piece will play or pause the music when you are wearing it. Note that you can also play music with the left bud removed from your ear. Lastly, answering or ending calls can be done by double-tapping either of the buds. 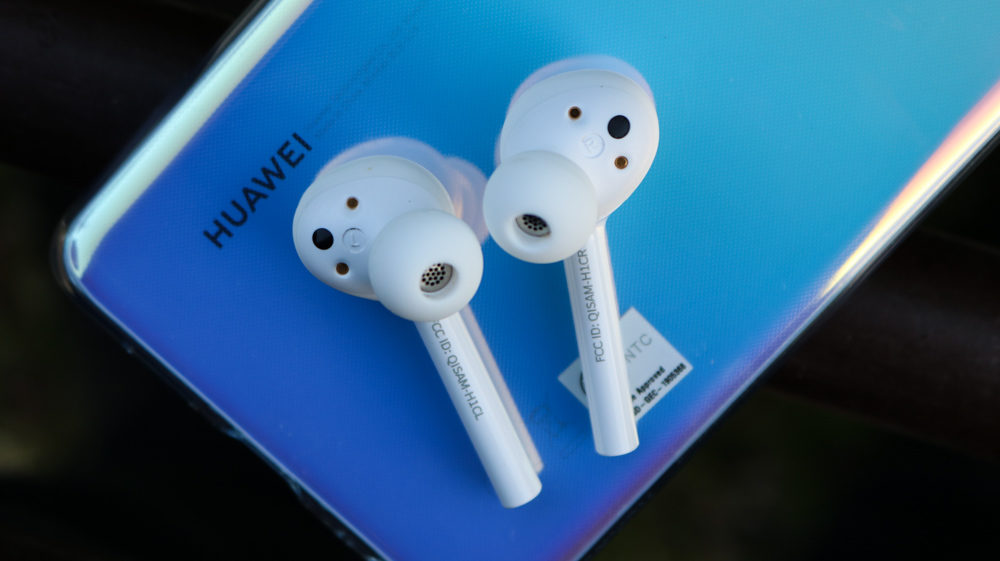 The Freebuds Lite uses an ENC technology with four microphones which provides clear and crisp voice quality over calls. I used this on Messenger’s voice call feature, and it can even detect my voice even if I’m almost whispering which is excellent. 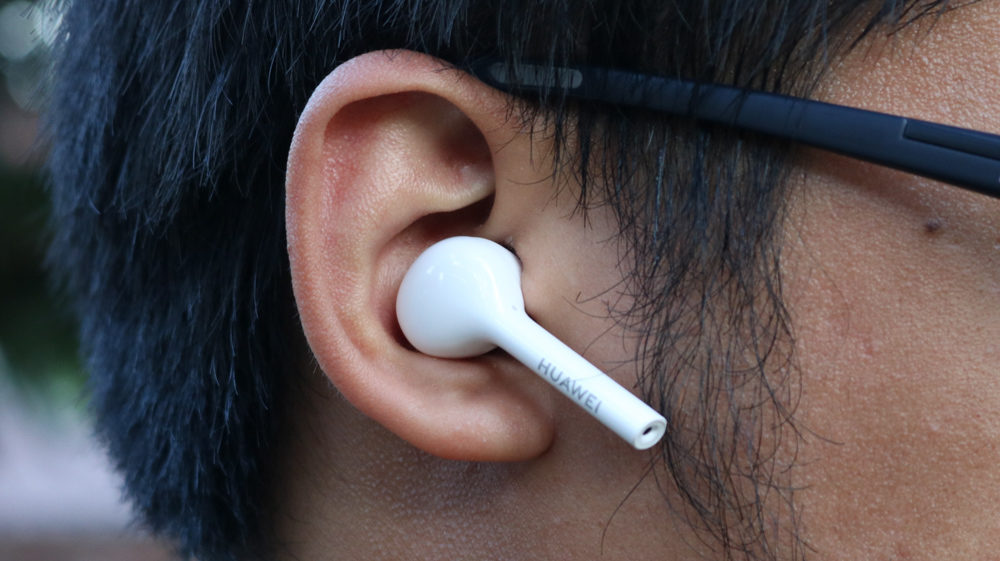 I have yet to do a full battery test on these Bluetooth-powered earbuds, but Huawei stated that it could last up to 3 hours of playtime on a single charge while using the charging case will extend it up to 10 hours which is triple the amount of time that it can typically run.

Note: Putting the earbuds inside the case will immediately initiate the charging feature. So far, the Freebuds Lite has a decent audio quality with clear highs, mids, and even lows. Even at max volume, the sound is crisp and does not get blown out. It’s not a perfect set of earphones though as I find the bass lacking but this gadget is a good start if you’re looking for a quality Bluetooth headset. There is also a reduction of noise when I wear them as I could barely hear sounds when I’m playing music or even when paused. 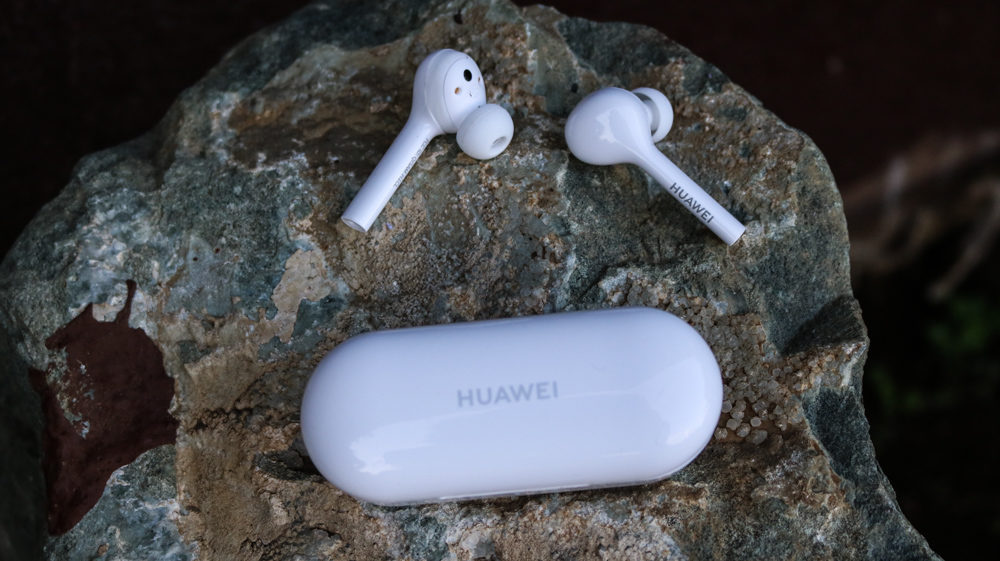 Overall, I like how portable the Huawei Freebuds Lite is where you can store them inside your pockets or in small pouches. These gadgets are said to rival the Samsung Galaxy Buds and the Apple AirPods which is correct as it delivers decent audio quality and functionality all for the price of PHP 4,990.