At Unpacked 2020, Samsung has just launched Galaxy S20 Series and Z Flip — as well as the new Galaxy Buds+, which I’ve been using non-stop over the last couple of days. Since the original iteration, these guys have gotten quite a few improvements, but they still do lack some things I wish would be included in the next generation. 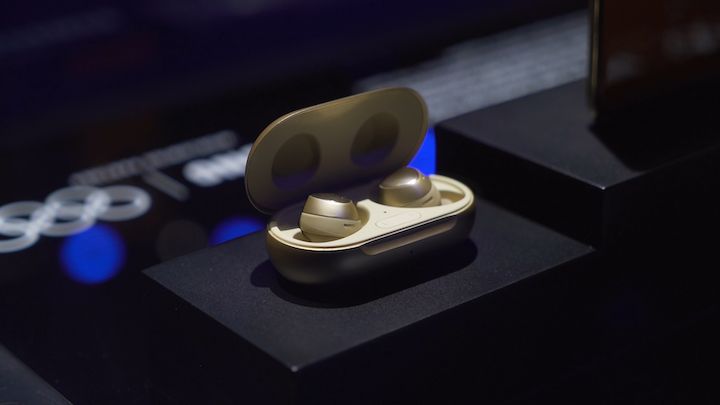 On the surface, physically, nothing has changed. Both the buds themselves and the case are the same size and look the same as the original Galaxy Buds. 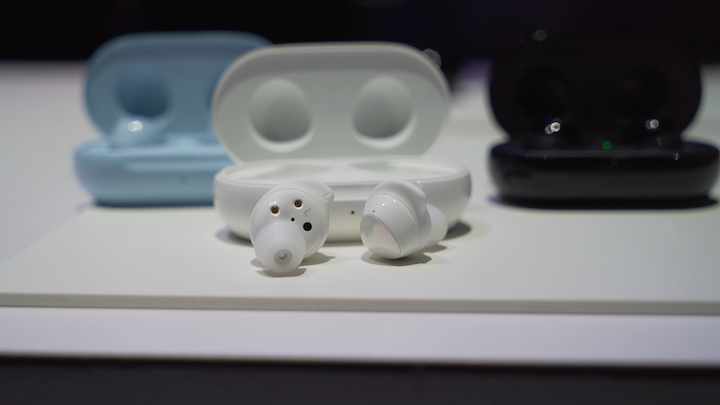 The case is still very pocketable. We still get a Type-C port and wireless charging support. The buds are still, in our opinion, the most comfortable true wireless earphones you can get your hands on today. 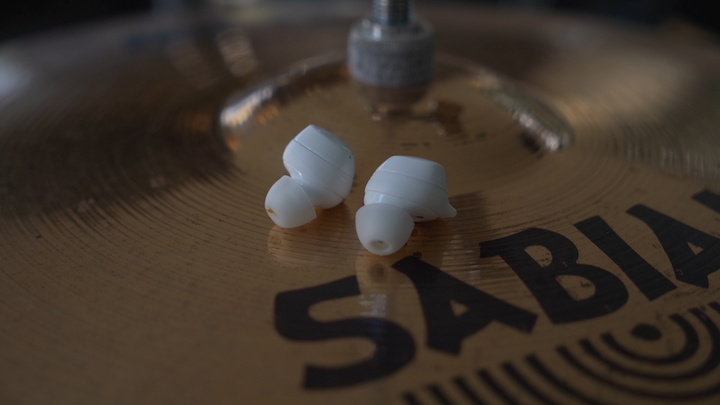 The box includes different sizes of wings and tips, and when you find the perfect one — it’s fantastic. It’s snug enough that they won’t fall out when you work out with them or shake your head violently like Miguel — but comfortable enough that your ears don’t feel any fatigue after extended usage. 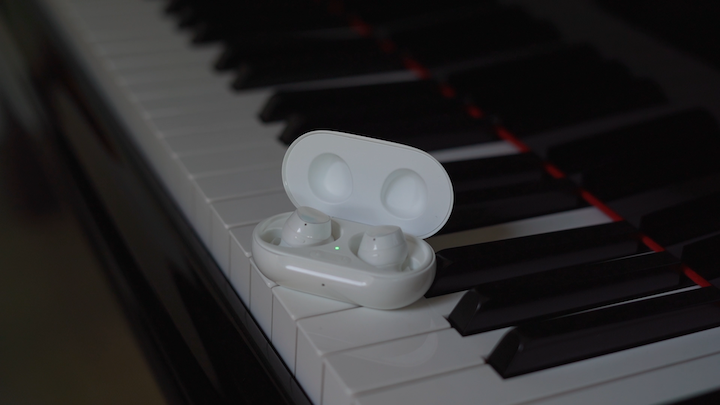 And while they don’t get any rating for sweat resistance, you can still definitely use them when working out, which is excellent.

My only significant comment on the design is that I wish the magnets holding the buds in the case were stronger. They do their job and make putting them back in easy, but they will fall out if you shake the case enough. I think that should not be the case. 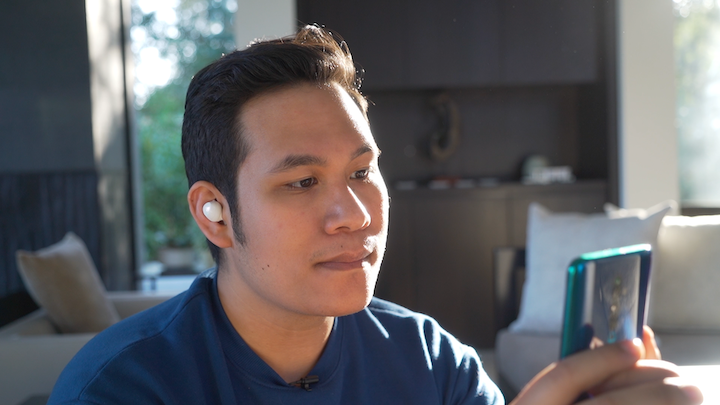 We found the listening experience from the original buds to be only slightly above average, so if you’re not an audiophile, then you’d be satisfied. But for such a small pair of earphones, we get punchy lows, and they could get really loud.

Now while those sentiments came from my colleagues, I can say I had the same impression. Now with the Galaxy Buds+, there is a definite improvement in audio quality — especially since we now get dual drivers — a dedicated tweeter and woofer setup. Unless your hearing is accustomed to loud volumes, you’ll have to cap your maximum volume to around 80%, as the dual-driver combo is surely ear-piercing at 100% volume — though I will say mids and highs are still bright and bass is punchier compared to the OG buds.

I guess the most significant thing here with having dedicated tweeters and woofers is that the buds need a little bit of help. You can change up the EQ a bit with the Galaxy Wearable app, and I found that the bass is punchy as hell, whether you go for the Bass Boost or Dynamic presets. I found myself going for the Dynamic Preset more often than not, so whether I was listening to Queen or Kanye, I was getting the best of both worlds. 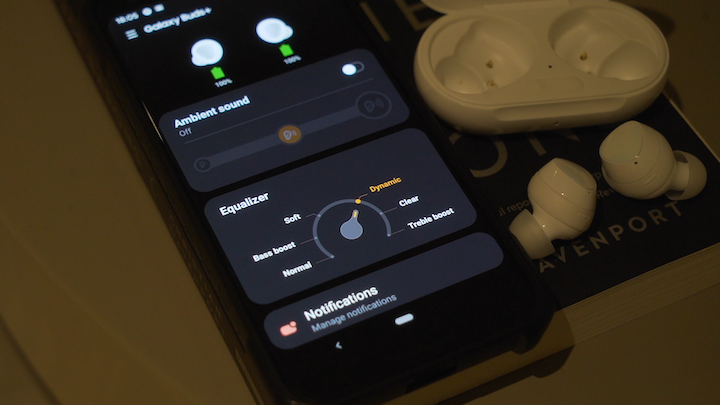 The tuning from AKG isn’t perfect on the Normal EQ preset, but I give them an A+ on the other modes, especially Dynamic.

I was also impressed with how spacious a soundstage we get with the Buds+. While listening to The Smiths’ “This Charming Man,” both Morrissey’s vocals and Johnny Marr’s iconic guitar riff had enough room to shine.

Now let’s talk about mic quality. The Galaxy Buds+ now has three microphones per bud — allowing for improved calls, as well as with the Ambient Sound feature in the Galaxy Wearable app. It’s enough to let in the noise from the surrounding environment and hear someone talking to you, which is excellent when commuting. 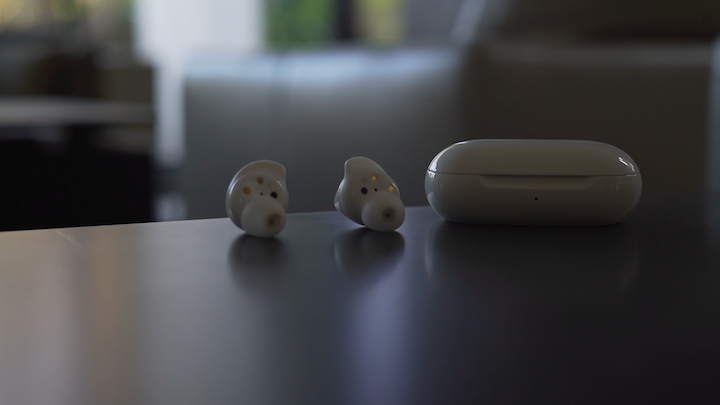 On the opposite end of this aspect — when Ambient Sound is turned off — if you’re able to get an excellent seal on your ear with the buds, there can be a bit of a passive noise canceling effect, and audio quality will be even better.

That’s one of my main gripes with the Buds+. Having used the Sony WF1000x M3’s most of the time, the active noise-canceling is what I’m missing the most. I do hope Samsung either releases a noise-canceling version of the Buds like what Apple did with the AirPods Pro or even better, include it as a standard feature starting next generation. 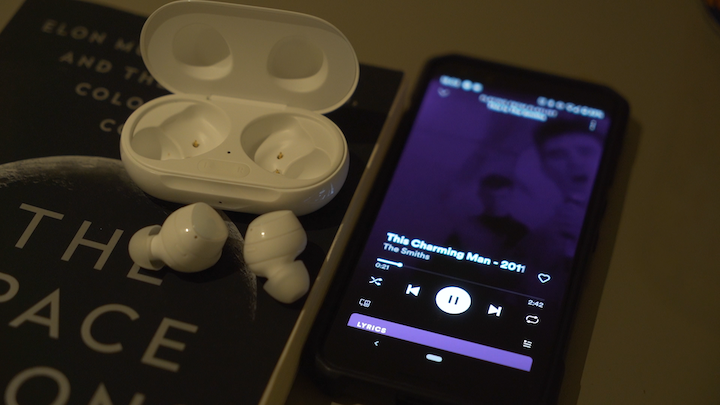 Connectivity-wise, it’s solid. You get support for, of course, Android, but also iOS — although if you have an iPhone, you’ll get much better connectivity with AirPods. No doubt.

With video playback, especially on Windows, there’s a slight delay when you see people talk on screen, but still, very much watchable. Not too distracting after a bit. Maybe don’t use them when editing videos. 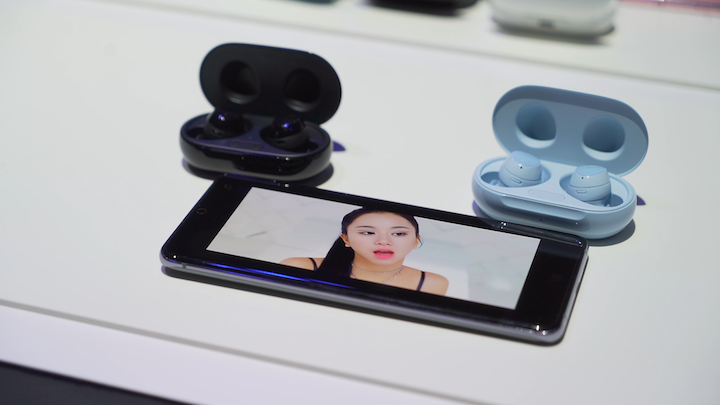 The last thing I want to cover is the touch controls. The capacitive touchpads on the Buds+ still aren’t perfect. Sometimes, they’re too sensitive, and you can’t be too fast when you’re double or triple tapping, or else you might get the wrong input.

What I love about them, though, is Samsung’s new partnership with Spotify. You get an additional function where you can long-press to have Spotify start playing — even better when it’s already playing music, long-pressing will begin pulling up tracks similar to the one you were listening to. It’s really easy and intuitive, you don’t even need to pull out your phone. 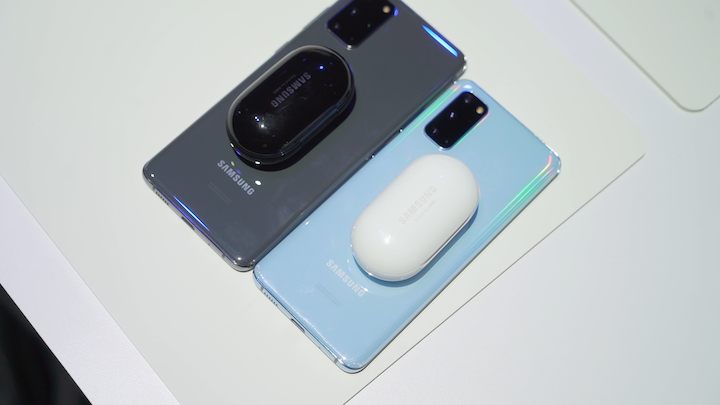 Now to wrap up, all of the products Samsung launched during the Unpacked event are winners, and the Galaxy Buds+ are no exception. While it still lacks a few things to stand at the very top of the true wireless segment, notably active noise-canceling, it’s still a great product nonetheless — especially when you consider that Samsung hasn’t hiked up the price. On a personal note — will I switch from my Sony’s to the Galaxy Buds+? Well, I’m going to be flying back to Manila tomorrow (2/14/20) — that’s about a 12-hour flight from San Francisco. It will be interesting to see whether I end up preferring the comfort of the Galaxy Buds+, or the active noise canceling from the WF Mark 3.

I’ll be updating this article when I have my verdict.