Ranked: Biggest Banks in the Philippines (by Total Assets)

Believe it or not, banking is a fairly recent phenomenon in the Philippines. In fact, Filipinos have been with modern banks for less than two centuries. The Bank of England, for instance, would have been older than Filipino banking.

Nonetheless, banking remains an influential financial institution in Filipino lives to this day, and they have adapted their services to technological advancements. Despite the pandemic, the Philippine banking system continued to support financial requirements and sustained its growth at a rate of 7.2 percent year-on-year (YoY) as of January 2022, an improvement from the previous year’s 5.7 percent. Would you know which of the nation’s banks are the largest today in terms of total assets? If not, here then is a list of the twenty biggest banks in the country today. 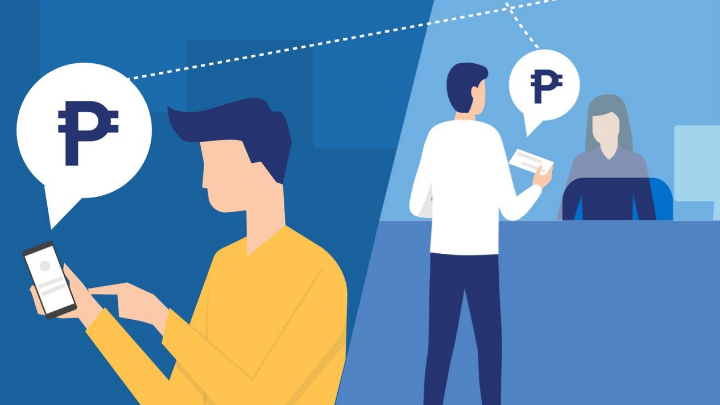 A member of the Maybank Group (Malayan Banking Berhad), Maybank Philippines was established in 1997 with the acquisition by Maybank of a 60 percent stake in PNB Republic Bank. Since then, it has expanded to more than 60 branches and over 90 offsite and on-site ATMs nationwide.

One of the first Asian banks to operate in the Philippines, the Philippine Bank of Communications (PBCOM) began as a branch of the Chinese Bank of Communications (Jiāotōng Yínháng) on September 4, 1939 at the Trade and Commerce Building in Binondo, Manila. PBCOM came under Filipino ownership when Ralph Nubla and company purchased majority of the Bank’s outstanding capital stock on June 21, 1974. Their head office transferred to the PBCom Tower in Makati City by 2001, hailed as the tallest building in the Philippines until 2017.

Formerly known as the Philippine Trust Company, Philtrust Bank was established on October 16, 1916. Regarded as one of the oldest private banks in the Philippines, it was granted a universal banking license by the Bangko Sentral ng Pilipinas (BSP) by 2001.

HSBC Philippines was opened in 1875, along with other international branches such as those in Japan, India, and Vietnam. HSBC was founded in Hong Kong on March 3, 1865 and in Shanghai a month later. By 1980, HSBC bought a controlling stake in the American bank, Marine Midland, embarking on the path of becoming a truly global bank.

On another note, key figures in Filipino history such as Jose Rizal and Emilio Aguinaldo had reportedly made use of HSBC’s services during their respective lifetimes.

Operating since 1963, Bank of Commerce traces its origins to the Overseas Bank of Manila with headquarters in Binondo, Manila. By 2008, Bank of Commerce became an affiliate of San Miguel Corporation and introduced its new logo bearing the SMC escudo.

Asia United Bank Corporation (AUB) was among the very few banks that was granted a full-branch commercial bank license in 1997, during the height of the Asian Financial Crisis, and is operating until this day. In 2013, AUB joined the league of Philippine Banks that have become publicly listed and acquired universal banking status.

Established in 1963, UCPB was regarded as the first private Philippine bank to become a universal bank, obtaining its expanded commercial banking license in 1981. As of March 1, 2022, UCPB has been merged with the Land Bank of the Philippines (LANDBANK). This in accordance with Executive Order No. 142, s. 2021 signed by President Rodrigo Duterte, and the subsequent approvals of the Board of Directors and stockholders of UCPB and LANDBANK, and the regulatory approvals of the Philippine Deposit Insurance Corporation (PDIC), the Monetary Board of the Bangko Sentral ng Pilipinas, and the Securities and Exchange Commission (SEC).

Citi’s history traces back to July 1902, when the International Banking Corporation (IBC) established a branch in Manila. Citi also provides domestic debt and equity underwriting and financial advisory services through its affiliate, Citicorp Capital Philippines, Inc. Union Bank of the Philippines reached an agreement to acquire Citi Philippines and announced in December 2021 that it would pay cash consideration for the net assets of the acquired businesses (subject to customary closing adjustments) plus a premium of PHP 45.3 billion (approximately USD 908 million). The Philippine Competition Commission (PCC) approved the acquisition in a decision issued on April 5, 2022.

Established on July 6, 1994, EastWest Bank opened its first branch along Sen. Gil Puyat Avenue in Makati City. The bank acquired Ecology Savings Bank, Inc. in August 2003 and became the sixth largest credit card issuer and one of the largest in auto financing when it acquired AIG PhilAm Savings Bank (AIGPASB) in 2009. Two years later, it further expanded its branch network when the bank acquired Green Bank of Caraga, Inc. in August 2011.

Established on June 18, 1951, Security Bank, known then as the Security Bank and Trust Company, was the first private and Filipino-controlled bank in the country after the Second World War. It was granted a universal banking license by 1994, and a year later, it was publicly listed on the Philippine Stock Exchange (PSE).

9. Union Bank of the Philippines, Inc.

Established in 1960, the Rizal Commercial Banking Corporation (RCBC) is majority-owned by the Yuchengco Group of Companies (YGC). It has a network of over 444 branches and 2,492 ATMs and ATM Go units as of March 2022.

On August 16, 1920, a group of top Chinese-Filipino businessmen led by Dee C. Chuan established China Bank in Binondo, regarded as the first privately-owned commercial bank in the Philippines. It was listed on the local stock exchange by 1927, and acquired its universal banking license in 1991. It claims to be the first to offer telephone banking in the Philippines in 1988. Also, it was in 1969 the first bank in Southeast Asia to use multi-programming online banking by employing its IBM System/360 Model 30 to process both savings and current accounts.

6. Development Bank of the Philippines (DBP)

Tracing its history back to the Rehabilitation Finance Corporation (RFC), which was created by virtue of Republic Act No. 85 provide credit facilities for the rehabilitation and development and expansion of agriculture, and industry after the Second World War, it was reorganized into the Development Bank of the Philippines by 1958. As of 1966, DBP had become an investment bank, aiming to establish a broad and prosperous securities market.

The Philippine National Bank was established as a government-owned banking institution on July 22, 1916 with headquarters in the old Masonic Temple along Escolta, Manila. Its primary mandate was to provide financial services to Philippine industry and agriculture and support the government’s economic development effort. Moving to a new head office by 1966, it claims to have launched the first online Electronic Data Processing System “in the Far East.” It was also the first universal bank in the Philippines, which the bank achieved in 1980.

4. Bank of the Philippine Islands (BPI)

Established on April 6, 1962 by a group of Filipino businessmen principally to provide financial services to the Filipino-Chinese community, Metrobank has reported over 950 branches and 2,300 ATMs nationwide to date. It was granted a universal banking license by 1981.

2. Land Bank of the Philippines (LANDBANK)

Created in accordance to Republic Act No. 3844, the Land Bank of the Philippines (LBP, LANDBANK) was founded in 1963 as a government financial institution. It was intended to finance the acquisition and distribution of agricultural estates for division and resale to small landholders, as well as the purchase of the landholding by the agricultural lessee. As of March 1, 2022, UCPB has been merged with LANDBANK, with the latter as surviving entity.

BDO Unibank Inc. (BDO), originally known as Acme Savings Bank, was acquired by the SM Group in 1976. BDO listed its shares on the Philippine Stock Exchange on May 21, 2002. It merged with Equitable PCI Bank in May 2007. As of December 2020, BDO has 1,470 operating domestic branches.

Philippine Banking System at a glance

As of April 2022, twenty-two (22) universal and commercial banks have sender and receiver capabilities as participants of Instapay ACH, the second ACH under the central bank’s National Retail Payment System (NRPS) after PESONet. This represents a shift towards increasing electronic transactions. To recall, InstaPay is an electronic funds transfer service that enables customers of participating banks, e-money issuers or mobile money operators to transfer funds, in Philippine peso currency, anytime of the day and almost instantly between accounts. To witness how Filipino banking would further develop in the face of digitalization may not be far off in the future.

Disclaimer: Unless otherwise stated, all figures are accounted as of December 2021. Therefore, the ranking does not yet reflect movements in the banking sector for 2022. As a point of comparison, the latest figures available in Statista for this category as of writing time also traces back to the fourth quarter of 2021.