Launched early this year, the EOS 800D is the latest entry-level DSLR from Canon and is a direct successor to the previous EOS 750D. It still carries the same 24.2-megapixel resolution but uses an improved sensor and a new DIGIC 7 image processor.

At under Php44K for the body-only, will this be a good offering for those who want a solid starter camera? We find out.

Just like a regular DSLR, the 800D has that all black hue and a form factor made of aluminum alloy and polycarbonate which is then layered with rubber sheets for added grip and protection. 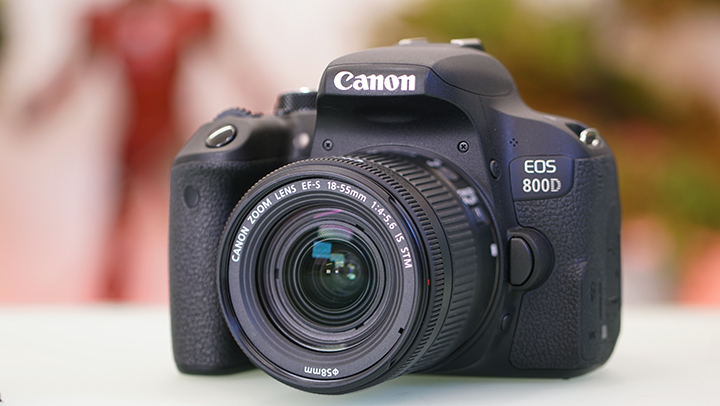 Although, having been made mostly of plastic, it doesn’t really feel all that premium and almost feels like you’re only holding a replica of the camera. This is not all bad, though, since it helps make the device a bit more lightweight at just 485 grams (body only). There’s a single dial for changing your shooting modes and a fair number of buttons for tweaking your ISO and other settings. There’s also a built-in flash that pops up when needed. It features an optical viewfinder and a display that folds out and tilts to make shooting in different angles more manageable. 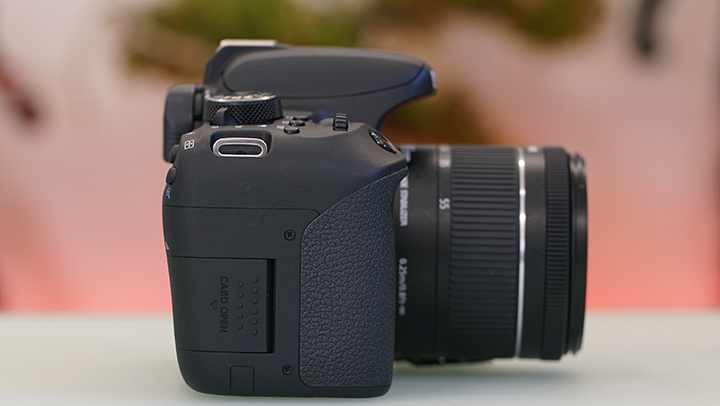 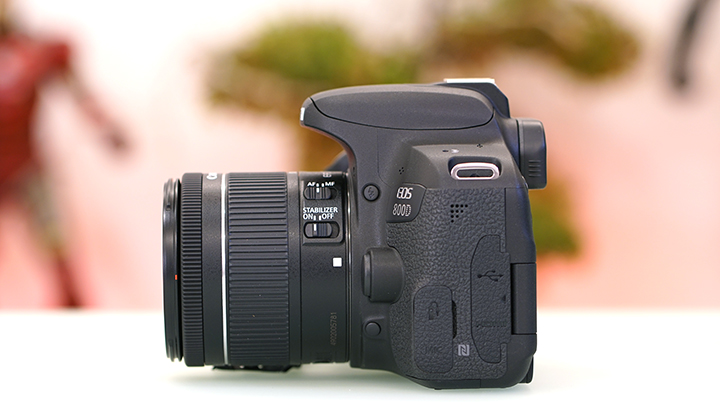 The right side houses the slot for the miniSD card while at the left are flaps that hide the ports for an external flash and microphone as well as for miniUSB and microHDMI. A headphone jack is missing, though, so it would be a challenge to monitor your audio levels when shooting video. 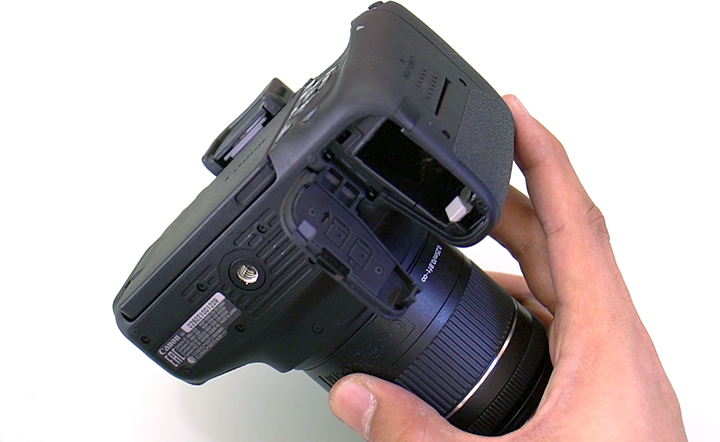 Meanwhile, down at the bottom is where the compartment for the battery pack is located. 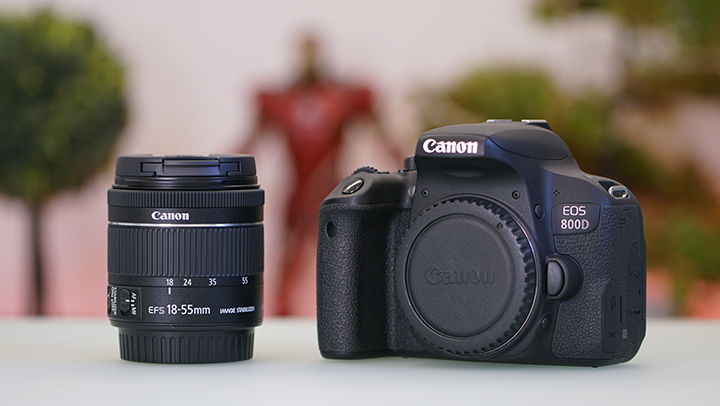 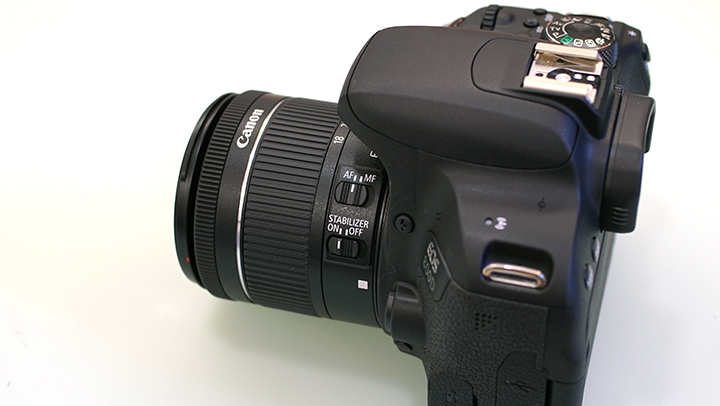 With a dimension of 131 x 99.9 x 76.2mm, the camera is pretty compact for a DSLR and also has good ergonomics so you can easily wrap your hands around its body.

As we’ve mentioned earlier, it sports a display that you can flip out and twist all the way to 270 degrees. Thanks to this, you can use its Live View feature by pressing the button beside the viewfinder and shoot in both high and low angles with ease. The 3-inch vari-angle display carries 1,040,000 dots and is touch-sensitive. This greatly helps when previewing shots as we could easily swipe through photos and double tap/pinch to zoom when checking if the shots are focused.

Its touch capability also comes into play while on Live View as it lets you touch the area that you want to focus on — just like when shooting on smartphones.

The 800D takes pride in the focusing department. It improved on its predecessor’s 19-point cross-type autofocus and has now implemented a 45-point cross-type AF system. The use of a cross-type sensor basically ensures that focusing is more accurate than going for one that’s only sensitive to a single plane. 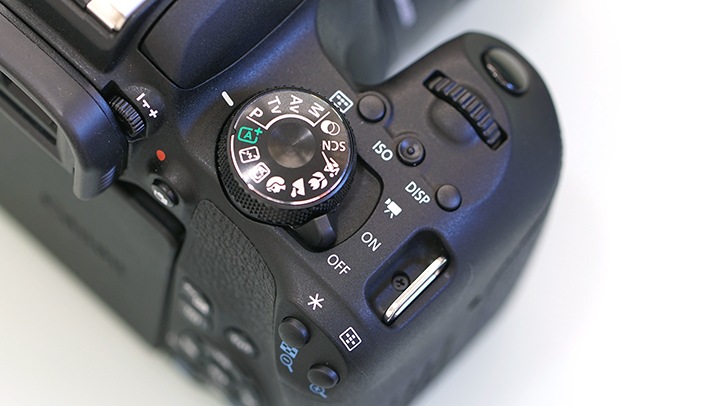 Not only that, but it also boasts a 0.03-second focusing time while on Live View. We tried how it would fare in real life instances and although we couldn’t measure the speed down to the millisecond, we were quite impressed with how fast it can lock on to a subject whether we were outdoors or in dimly-lit places. 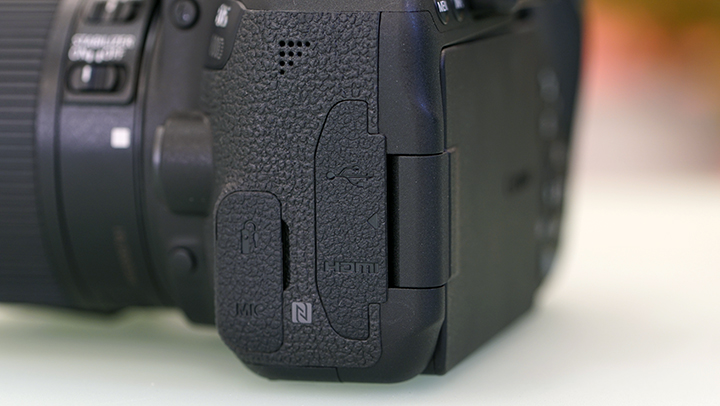 High-speed shooting allows it to offer up to 6 frames (previously 5 frames) of burst capture which can be used for certain action or sports shots. ISO range improved and now covers 100 – 25,600 from the previous 12,800 max ISO of the EOS 750D. Meanwhile, the max shutter is maintained at 1/4000 sec.

This combination allowed us to have flexible control over the camera in full manual mode. On the other hand, sharing and transferring files can be done wirelessly using its built-in NFC and Wi-Fi.

As mentioned earlier, the 800D carries the same 24.2-megapixel resolution as the 750D, but this time, sports an improved sensor. Thanks to this tweaked-out sensor and new DIGIC 7 image processor, we noticed that the images captured show very little digital noise when we needed to crank up the ISO sensitivity. It also shows satisfactory details in general and has a vibrant saturation that doesn’t go overboard.

For video-recording, we were disappointed to find out that it doesn’t support 4K resolution and maxes out at Full HD. In a time where 4K recording is seen even on entry-level shooters, it’s unusual that Canon skipped out on this feature — most likely to keep costs down and keep the camera functioning fast.

It can shoot up to 60fps, though, at 1080p so you could play with a bit of slow-mo effect. It also sports a 5-axis digital stabilization so footage has a smoother movement.

Powering the 800D is a rechargeable 1040mAh Li-Ion battery pack. The company claims that it can last for 600 shots which is above the average of other shooters in its class. Although, shooting on Live View all the time will, of course, shorten the life of the battery.

On real-world usage, a single battery pack can last us around 3-4 hours of mixed photo and video recording using Live View every once in a while.

The Canon EOS 800D is a worthy successor to the 750D that further improves on its strengths and weaknesses alike. It has a better sensor, a newer image processor, faster autofocus, and a longer battery life. It’s not without faults, of course, as it features a toyish form factor thanks to its plastic material. It also doesn’t support 4K video recording which could be a letdown for video guys.

To answer our question earlier, the 800D, in its entirety, is a pretty solid shooter for those looking for a capable entry-level DSLR. It is forgiving when shooting in low light and at the same time offers flexible options for available lenses.