Early this year, Lenovo has formally announced its new gaming sub-brand called the Legion and debuted two offerings under this fresh series — the Legion Y520 and the more spec-heavy Legion Y720. According to the company, these gaming laptops that got their name from the Roman army are geared towards the mainstream and enthusiast players.

What we have here in our hands is the starting model Y520. Join us in this review to find out what it offers for under Php75K. 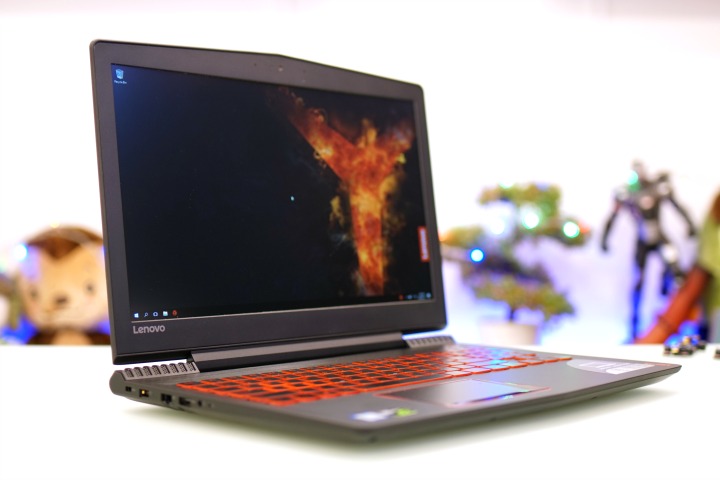 Both the Y520 and Y720 have a 15.6-inch display and differs only in resolution since the higher Y720 can opt for a 4K screen. The lid has noticeable gaps on both sides and don’t appear connected to the body to give way for the speakers when fully closed. 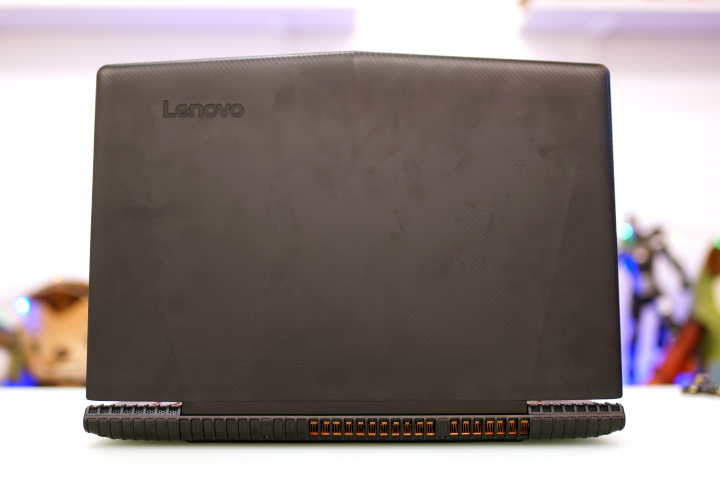 The entire plastic lid is covered with a textured carbon fiber-like sticker with a matte finish. This easily attracts smudges and fingerprints which get really unsightly over time. To keep costs down, the Y520 sports an all-plastic shell which could turn some users off. From the lid to its chassis, tapping it around gives back that sort of hollow sound. 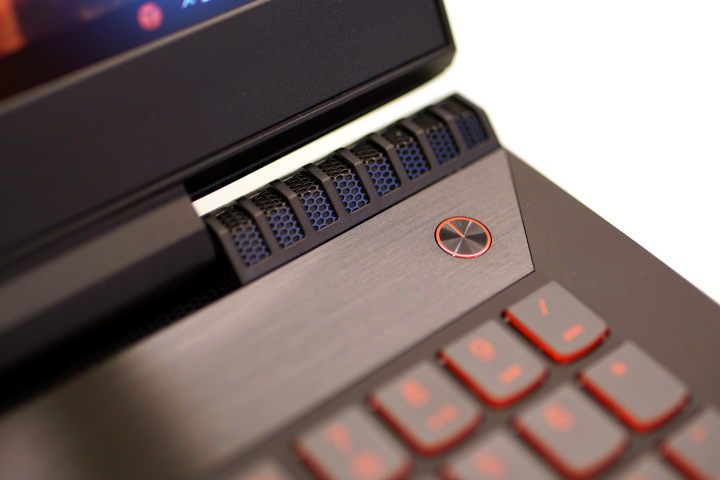 A lone power button sits at the top right corner and sports a concentric circle style highlighted by a red accent. Also seen here is the right speaker grille. 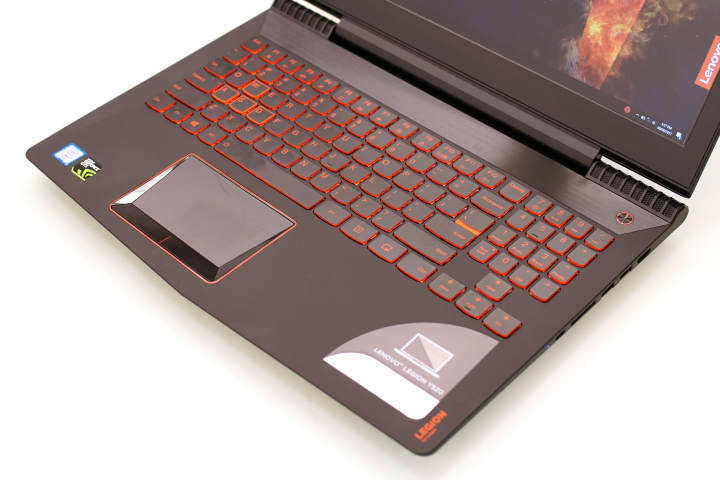 Its trackpad has the shape of an inverted trapezoid and is partnered to a dual button setup covered in chrome. These also attract fingerprints easily and should be regularly wiped to stay neat. The palm rest and the entire area has a matte finish which is a good thing since it doesn’t make its plastic build appear cheap, but then again, the whole surface is sensitive to smudges.

With a physical dimension of 380 x 277 x 29mm, the Y520 is adequately sized and has a bit of thickness to it. I brought it to a coffee shop once and couldn’t help but notice that I had the biggest laptop at the time. It also weighs 3.2kg so it carries some chunk, but it won’t be a problem when you have a backpack that you can slide it into.

As mentioned earlier, the Y520 sports a 15.6-inch display and is then fitted with a Full HD panel. At 1920 x 1080 resolution, details are sufficient and colors are decent so it makes watching movies an enjoyable experience. 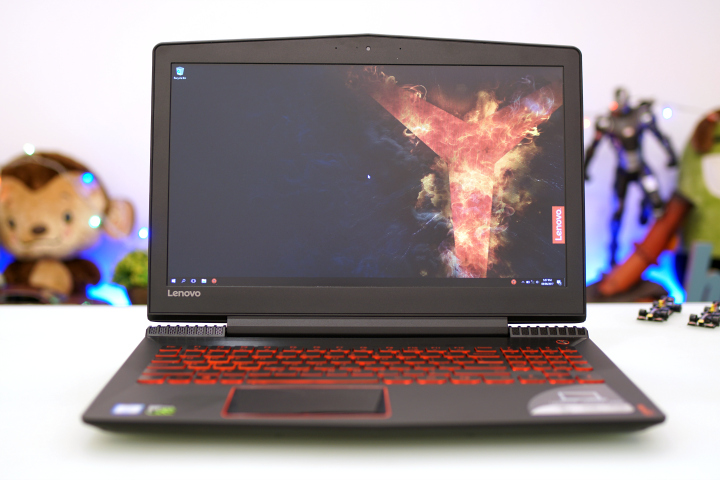 Its screen sports an anti-glare surface which helps when working outdoors. Although, even if it sports an IPS panel, we think viewing angles suffer easily when you’re not centered on the screen.

Lenovo wanted to bring quality audio to its new gaming sub-brand so they partnered up with Harman Kardon for the hardware and Dolby for the software. Together, the 2-watt speakers provide impressive audio considering it’s a laptop. It has detail, depth, and a hint of bass to avoid sounding tinny.

We were also impressed since the stereo setup can provide a virtual surround experience of sorts when you’re watching or gaming. During our time, we noticed that we didn’t use our headphones that much and sometimes preferred listening to sound straight from its speakers.

The system runs on a 64-bit Windows 10 Home which benefits from the latest software additions Microsoft have included. It’s got the usual Weather, Mail, Maps and has some additional software like Xbox, Skype, and even Minecraft. 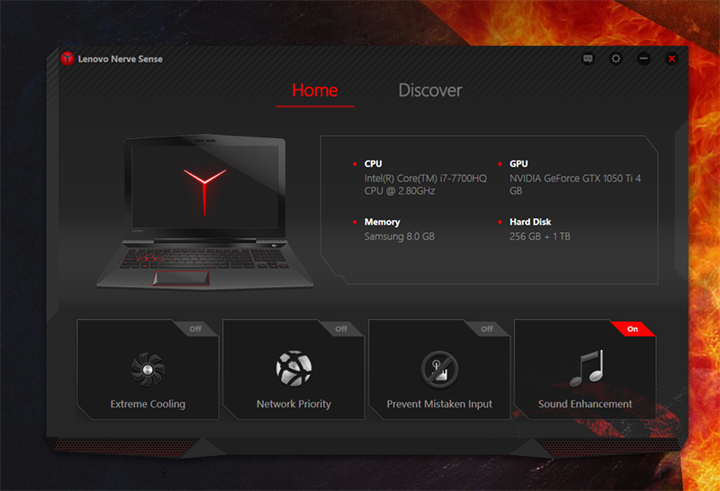 Being a gaming machine, it has its own software in the form of the Lenovo Nerve Sense that shows the current internals equipped and lets the users activate certain special features. Here you can toggle Network Priority, Prevent Mistaken Input, Extreme Cooling, and Sound Enhancement.

Network Priority gives the game being played priority on the network for uninterrupted connection while Prevent Mistaken Input disables the Windows Key and touchpad when a game is running. The other two are pretty self-explanatory. 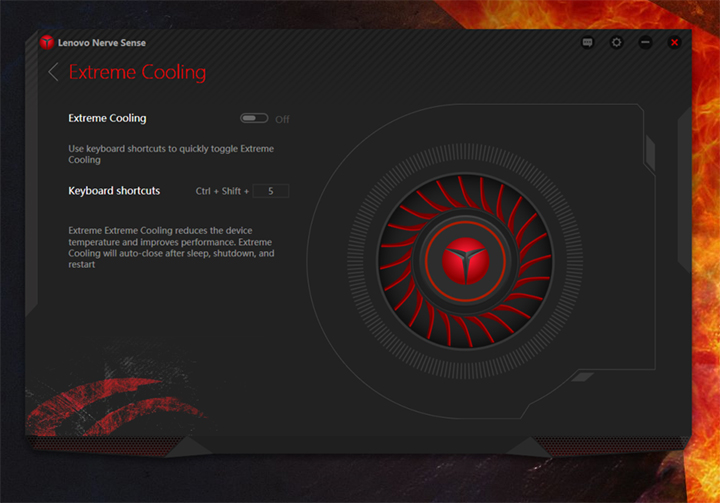 Out of the box, the Y520 that Lenovo Philippines is selling has a tandem of a 1TB HDD and 256GB SSD for quick boots. It can carry up to 512GB PCIe SSD and up to 2TB SATA HDD in case you still want to upgrade your storage space.

Underneath the hood, a 7th-gen Intel Core i7 runs the show. It is then accompanied by a NVIDIA GeForce GTX 1050Ti GPU, and an 8GB RAM but can support up to 16GB DDR4 RAM. Together, the Y520 proved to be a reliable machine for getting work done.

We were able to edit photos using Adobe Photoshop, cut and slice videos using Premiere Pro, render motion graphics using After Effects and used it for playing multiple game titles. During our entire time with it, we didn’t come across lags or crashes and it was able to handle each task we threw its way. 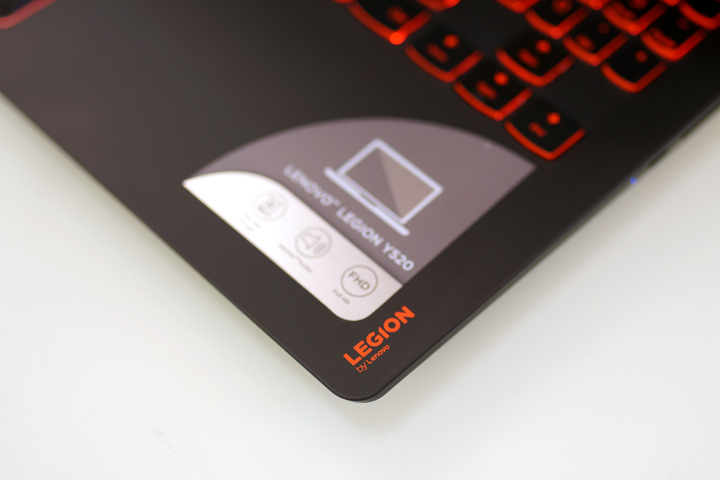 We also haven’t felt the laptop get hot or even noticeably warm thanks to its well-ventilated setup. We didn’t even have to use its Extreme Cooling feature during the entire week it was with us.

Of course, we ran our usual benchmark apps for the sake of comparison. Find the results below for 3DMark, FRAPS, and Crystal DiskMark:

Carrying a 45WHr battery, we subjected the Y520 to our video loop test which involved a 1080p movie played continuously while the laptop is in Airplane Mode with 50% brightness, 50% volume with headphones plugged in.

It was able to last for 4 hours and 34 minutes before its juice was entirely exhausted. This is a common performance for laptops in this category. Charging from 0%, however, took a little more than an hour to fully replenish its power.

The Lenovo Legion Y520, even though it’s the basic package, is still a well-appreciated effort from the company. It has a sleek-looking design, back-lit keys which are a joy to type on, impressive audio, a nicely-ventilated setup, and has capable internals.

We have a love-hate relationship with its matte finish since it really looks nice and actually makes the all-plastic body not appear cheap, although it is extremely sensitive to smudges so we recommend always having a micro cloth around to wipe the body.

Viewing angles aren’t all that accommodating, too, when you’re not squared in the center so that’s another thing to keep in mind.

The Y520 is currently priced at Php74,988 at Villman. At that price, it comes close to the ASUS FX502 which we also reviewed.