Cherry Mobile has been trying to introduce the dual camera system to the mass market. After the Flare P1, there’s a larger and better variant dubbed as the Flare P1 Plus. Can this handset properly sell the new trend among smartphones? Here’s our review.

The Flare P1 Plus has a 5.5-inch display that has a resolution of 1920 x 1080 pixels or simply Full HD. It’s a sharp display compared to other phones in its range. The phone appears pretty tall as well due to the slim bezel on the sides. Above the panel is the 8-megapixel selfie camera along with its own LED flash, the earpiece, and front sensors. Below are three capacitive keys for UI navigation and they don’t light up. Going to the sides, we have the hybrid card tray and power/lock button on the right. You can put in two SIM cards (Nano + Micro) or trade the other for a microSD card to have more storage. 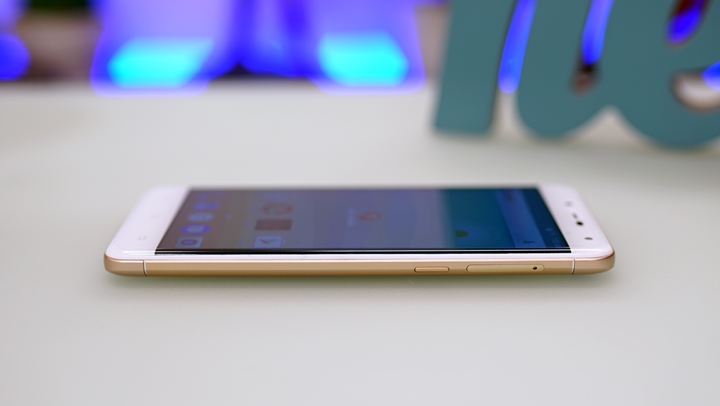 On the left, we have the volume rocker that’s somehow positioned lower that we’re accustomed to. It’s parallel to the power/lock button making both easy to reach during use. Up top is the 3.5mm audio jack while down at the bottom end are the micro-USB port and the loudspeaker. The speaker fires at the left set of holes leaving the right holes to hide the microphone. The back of the phone looks similar to its smaller sibling but the middle plate gets an upgrade to cold aluminum, giving it a sturdier and better feel on the hand, and has a fingerprint scanner in the middle. The overall build of the Flare P1 Plus is solid and hefty. We’re not a fan of how its rear looks. It’s modern and clean but it’ll not win any design awards. The phone also feels taller than most 5.5-inch handset due to its thin side bezels.

The handset is equipped with a 5.5-inch display topped with a 2.5D curved glass. It uses an IPS LCD panel with a resolution of 1920 x 1080 pixels. It has a lot of pixels resulting to a crisp 401ppi. The panel is well saturated but sometimes exaggerates hues too much. The curved glass somehow mimics an actual curved display due to the slight distortion of a moving image on the edge of the panel. 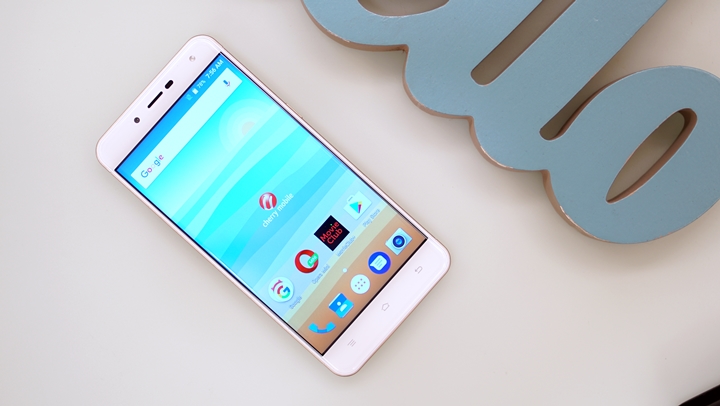 The loudspeaker can be found at the bottom of the phone. It’s just a mono speaker firing from the left set of holes. It’s loud enough to get your attention during a phone call but casually playing videos left us wanting for more clarity.

The Flare P1 Plus joins its other 2017 siblings running Android 7.0 Nougat out of the box. No news yet if they’ll receive version 7.1, but the available software is already packed with Android’s latest offering. There’s no UI modification or theme on top of Android, so the users are free to customize it to their liking. A few Cherry Mobile apps are present like Cherry Fun Club, CPlay, and Movie Club. There are also Cherry Prepaid’s Bonus Load and prepaid account apps. Other third-party apps are pre-installed too but can be removed anytime. 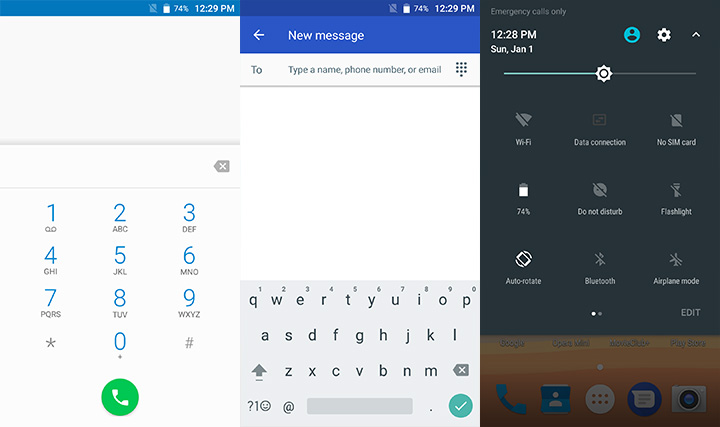 The handset gives 10.93GB of free space out of the 16GB internal storage. The hybrid card tray is open to accept a microSD card for more storage if you don’t need two SIM cards inside the phone.

The main selling point of the Flare P1 Plus is its dual rear cameras. We’ve already reviewed the other Flare P1 sibling that also has a similar dual camera setup and, to our surprise, it’s just a blatant gimmick. With the ‘Plus’ variant coming into the picture, we expected it to be the real deal but we should have known better. The rear camera is, on paper, a combination of a 13MP and a 5MP shooter. Based on other dual camera phones, the secondary shooter will act a companion that provides more depth info to create an artificial bokeh and multiple focus layers. That’s not the case here. The blur on the camera is just a mere tilt-shift effect that can be done even with other phones that don’t have two rear shooters.

At least though, the main shooter captures well-saturated photos in broad daylight. As the available light declines, so as the quality of the photos. The front facing camera is dim and that’s unusual in the sea of ‘selfie phones’ in the market.

As for video recording, it can do 1080p but saves in .3gp format. Bitrate is low and overall quality is just okay, nothing stellar. No special features from the dual camera for videos as well. Here’s a sample:

With Flare P1 and Flare P1 Plus, Cherry Mobile has failed to deliver the dual camera features to lower end smartphones. Perhaps we can look forward to the Desire R8 when we get a final retail unit.

Powering the Flare P1 Plus is a MediaTek MT6737T with four cores and a maximum clock speed of 1.5GHz. It’s paired with the good-old Mali-T720 GPU and 2GB RAM. We would want a bigger memory to handle more tasks but the allocated RAM should be fine for everyday usage. 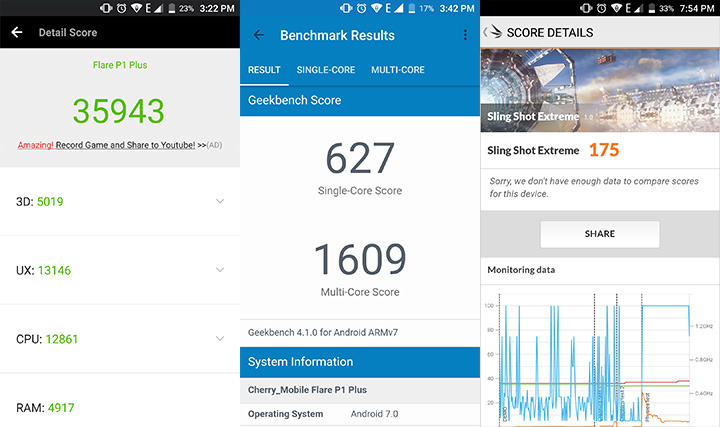 When we say everyday usage, this includes calling, texting, key social and utility apps, and a few casual gaming on the side. The phone chokes from time to time though and things get worse when the infamous Facebook Messenger chat head kicks in. In one instance, while we are booking our Uber ride, a single chat head causes the phone to lag every second up to the point that it restarts on its own. Not entire a hardware issue, though. We did run our usual benchmark tests to provide some numbers:

The fingerprint scanner on the back performs well, as long as you keep your fingers dry. As for the GPS, it’s accurate to let you pin yourself on the map once it gets a lock under a minute.

Call quality with Cherry Mobile handsets is a mixed bag. With the Flare P1 Plus, it’s somewhere in the middle. The earpiece sounds okay with enough volume for any user to hear the person on the other line. There’s no dedicated noise-cancelling microphone onboard but the sole mic at the bottom captures voices pretty well. Sealed inside is a 3000mAh Li-ion battery unit. There’s no mention of any special quick charge tech here, so charging times are conventional. Under the PCMark battery test (Work 1.0), it was able to last for just 5 hours and 53 minutes. That’s a low score for a phone with this battery capacity. Although, with our personal usage, we were able to last for the whole work hours with conservative use and a screen-on-time of just about 3 hours.

We’ve been reviewing Cherry Mobile handsets for a long time now and with every release, we couldn’t just help but think what’s different about the new one. Since the Flare P1 Plus has two rear cameras, we’re excited to try it out but, you already know what happened. Putting the dual cameras aside, the Flare P1 Plus is a decent everyday handset. It’s got Android Nougat, which is starting to be the norm among budget devices almost a year after its initial release, high-resolution display, and solid build. It’s priced at just Php5,999.