Two years ago, Fujifilm released the entry-level X-A3 which proved to be a capable mirrorless camera to anyone who wanted to step up from smartphone photography due to its compact body, decent sensor, and affordable price point. 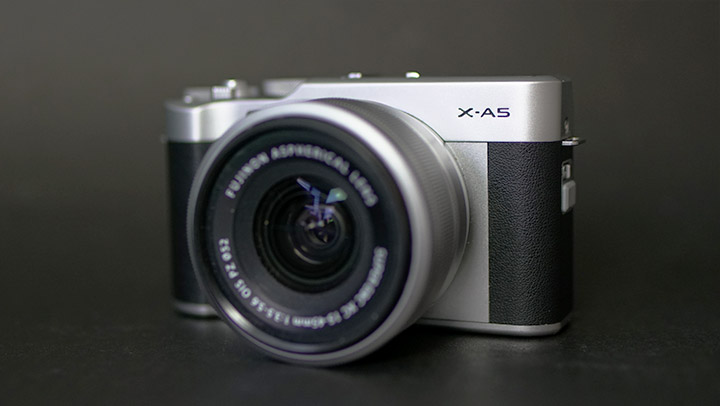 Fast forward to 2018, the company released a successor to the X-A3 in the form of the X-A5, which is considered as the lightest and smallest mirrorless camera in the X-series and is now capable of shooting 4K at 15fps.

Now the looming question is: why did folks from Fuji skip number 4? Kidding aside, let’s find out what’s new with the X-A5 and if it is worth the penny. Let’s begin.

Let’s cut to the chase. Not much has changed with the X-A5 except for its size. It still carries the same Fujifilm aesthetics, although this time it’s a tad bit smaller and more compact. We couldn’t say that it’s that lightweight since it comes with quite a bit of heft. 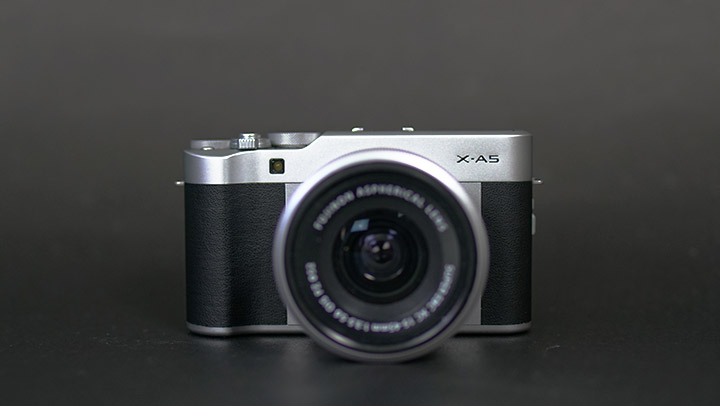 On top of it, we have the flash, microphone, hotshoe, main command dial, Function (Fn) button, and on/off switch. The buttons are sturdy despite its plastic material. 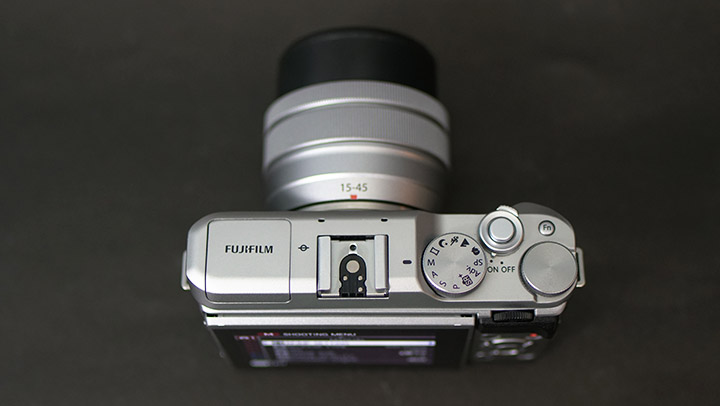 There’s the flash pop-up switch and 2.5mm microphone port on the left side. 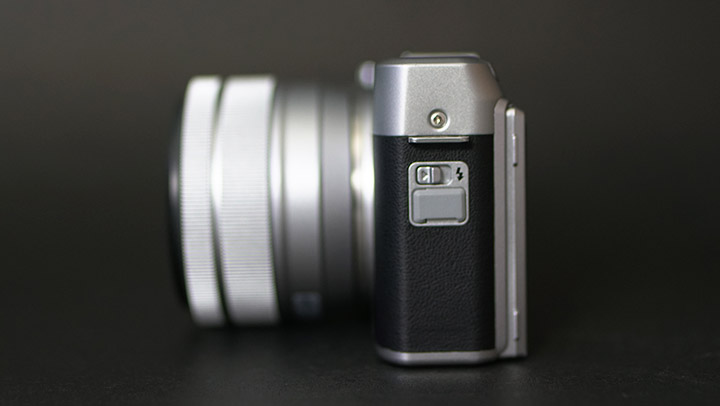 The right side houses the HDMI (Type-D) and micro-USB ports. We have the option to charge the camera via micro-USB cable, which is nice. 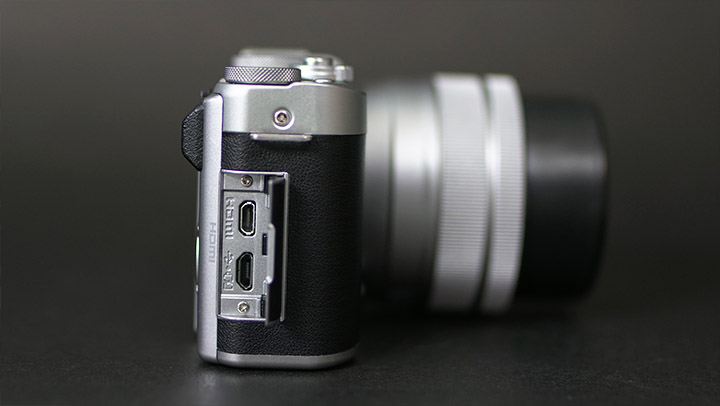 At the back, we have the 3-inch touchscreen LCD monitor that users can tilt at 180-degrees. To avoid confusion, users have to pull the tilted screen upwards to be able to activate self-portrait/shoot mode. Just like its predecessor, the camera also lacks a viewfinder which is quite a downer. 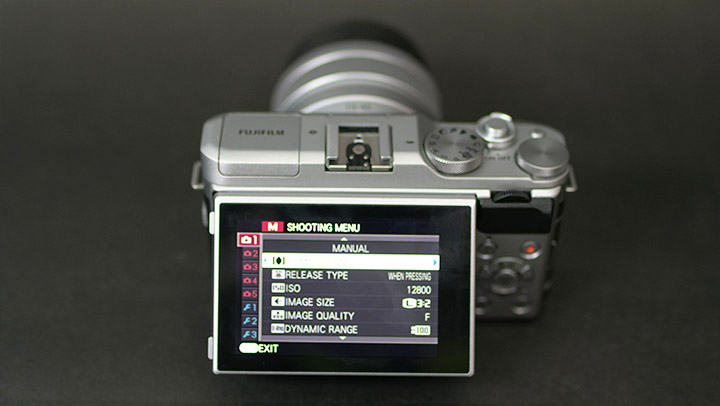 Found also at the back are the subcommand dial (for aperture), movie recording button, playback button, Quick (Q) Menu button, and various selectors for different functions. 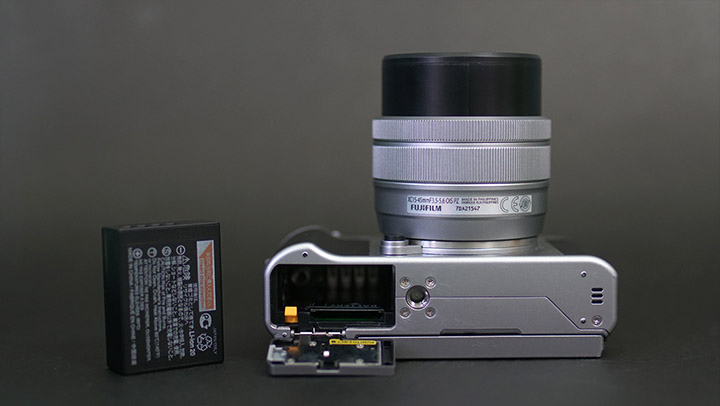 Underneath there’s the battery chamber (with the SD slot inside) and the tripod mount. In the hands, the camera feels ‘cheap’ due to its plastic build, but that’s understable considering that this is an entry level one. The grip is good and comfortable, thanks to the faux leather surrounding the body.

The X-A5 sports a 3-inch 1,040K-dot tilt-type TFT LCD monitor that users can tilt at 180 degrees. This setup is perfect for anyone who is into vlogging. As for the display’s quality, colors are accurate and outdoor usability is decent as users have the option to adjust its brightness. 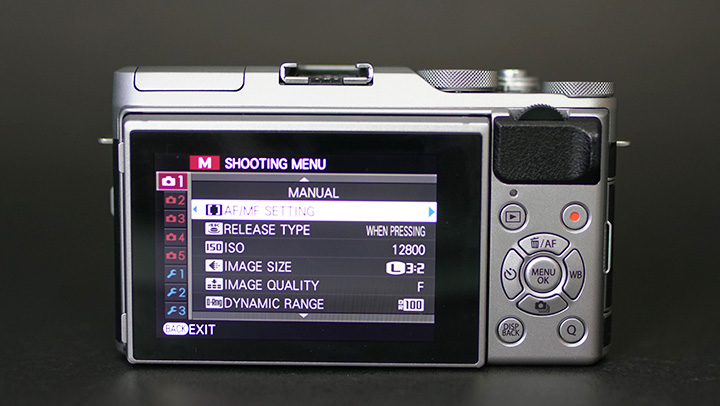 The screen’s sensitivity is not the most responsive but it would suffice. Another thing is that users won’t be able to use the touchscreen feature when navigating inside the menu setting. It would’ve been nicer if we were allowed to do so but currently, its use is to choose focus on areas and capture photos just by simply tapping the screen.

If you’re a Canon or Sony user, you might find the Fujifilm’s UI a little bit intricate. The Menu is divided into eight submenus: five for shooting and three for setup. The UI has a lot going for it but after familiarizing ourselves with it, we were actually quite pleased that it’s got a handful of customizability options.

The X-A5 uses a 24.2MP APS-C CMOS sensor which is also the same sensor found in the X-A3. The review unit we received comes with the latest FUJINON XC 15-45mm f/3.5-5.6 OIS PZ lens. Autofocus is quick and accurate but not all the time. There are times that it struggles to focus on our subject, especially when shooting videos in lowlight. Image processing is said to be 1.5x faster than its previous model, but based on our experience, we can say that it doesn’t fall far from its predecessor’s image processing speed. 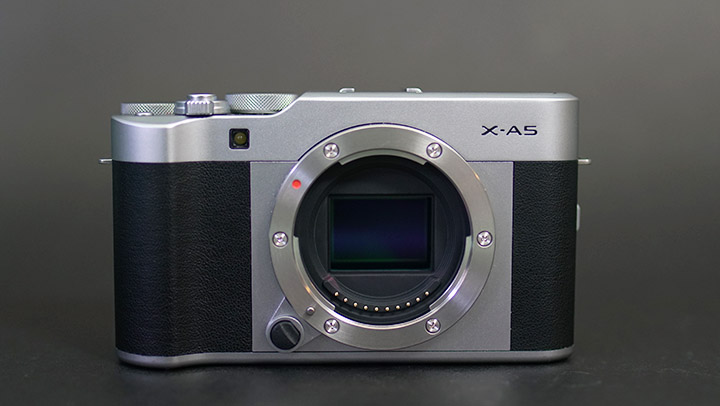 We also get the same Bluetooth connectivity feature we first found in the X-E3. In order to use this feature, you first have to install the FUJIFILM Camera Remote to your iOS or Android device/s then pair them afterward. Transferring files is easy and we didn’t encounter any problems at all.

If there’s anything Fujifilm nails at, it would be color reproduction. As always, resulting photos looked great with sharp details and wide dynamic range. Daylight photos have really nice colors, thanks to Fujifilm’s Film Simulation presets. However, it falls short when you set the ISO high (around 1600) as noise starts to get persistent. Check out our sample photos below.

The X-A5 is capable of shooting up to 4K at 15fps in MP4 format. We think that adding in the 4K feature was completely unnecessary and pointless since it’s paired with a low framerate. Although, it’s still usable if you wanted to make an artsy vid that looks like stop motion-ish. So we opted to shoot our sample footage in 1080p at 60fps. Quality is average, but it’s a step up from the X-A3’s and would suffice for casual video shooting. Some footages tend to look a bit washed-out and way too soft. It doesn’t come with OIS so expect that footage will tend to go shaky.

The X-A5 comes with NP-W126S Li-ion battery but this time, Fujifilm rates it up to 450 frames possible per charge. We were able to go on a full day shooting photos and videos in different places on a single full charge. During our time with it, the LCD screen was at full brightness. Charging the camera took less than 2 hours before its battery gets full.

So is the X-A5 worth buying? The answer is yes. But with a lot of emerging entry-level mirror cameras that are coming out in the market, it might be a little tough for the X-A5 to catch consumers’ attention. The additional 4K video recording feature would’ve been a great attraction only if it were rated at 24p or higher, but sadly it was pointless and didn’t justify the camera’s Php34K pricepoint. Despite that, the X-A5 still comes with minor improvements over its predecessor such as more compact body, better video quality, and faster image processing. If you love the X-A3, then you will also love this one. 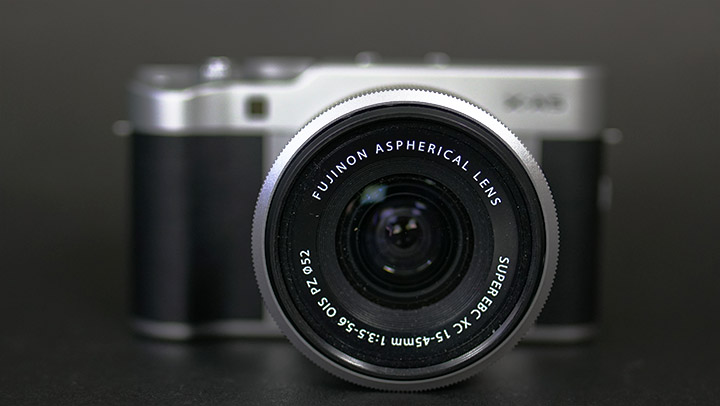