vivo just recently added a new smartphone called the Y31. As the latest member of vivo’s Y Series, it packs a sizeable screen, a Snapdragon 662 chipset, and a gigantic 5,000mAh battery. We took this device for a spin; now, let’s see how it fared.

The vivo Y31 is a pretty tall device due to its large screen size. Gripping the device, it feels firm and quite hefty, most likely because of the massive battery capacity it holds. Despite that, it sits comfortably against the palm. It features an attractive frosted matte finish on the back, and even though it’s matte, the rear is still prone to smudges and fingerprints, so do use the clear case vivo has provided in the box if you’d like to keep your phone pristine. 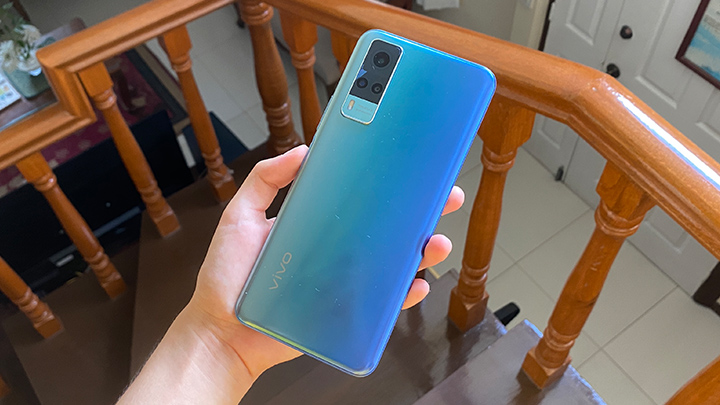 Upfront, it has a slightly thick chin, but the other bezels surrounding the screen are slim. There’s a notch at the top of the screen where the front camera resides. The device has its triple camera setup over the rear, with the LED flash right below the shooters. 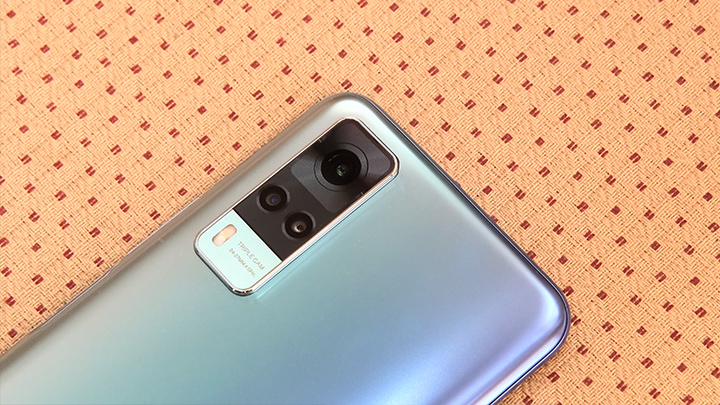 We’ll find the volume rockers and power button that also acts as a fingerprint scanner on the right side. Nothing can be found on the left. While at the top, there’s the secondary microphone, the dual-SIM tray, and a dedicated microSD card slot. 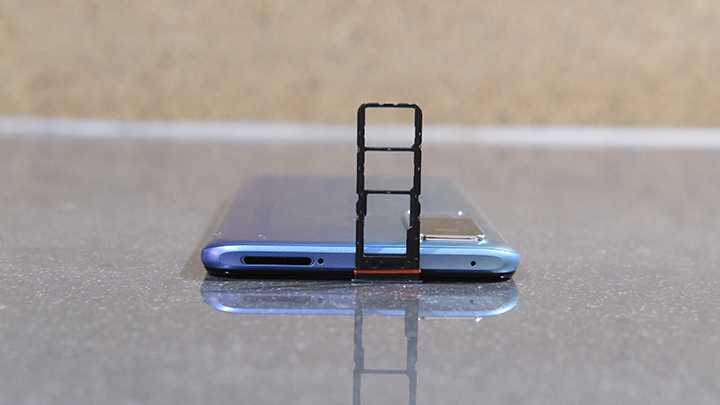 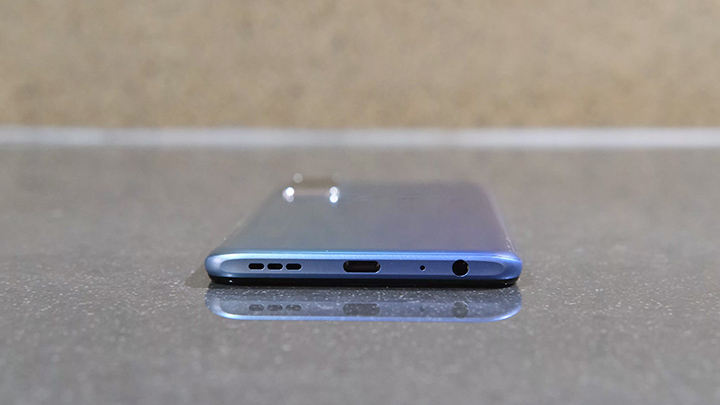 The Y31 sports a 6.58-inch FHD+ LCD screen. The sizeable display makes it great for video-watching, and details come out looking crisp and sharp. We’re also giving a point to the brightness of the Y31’s screen as we were able to use it under direct sunlight, even at just 50%. As for color reproduction, they come out vivid and accurate. In the settings, users have the option to adjust the color temperature of the display. There’s no Gorilla Glass protection equipped on this, but vivo did install a screen protector over the display. Audio-wise, the single speaker delivers decent and loud audio. However, do expect the lows to be audible only from time to time.

For software, the Y31 runs on Android 11 skinned with the newer Funtouch OS 11. The interface has the standard home screen style, but you can change it to a drawer-style one. 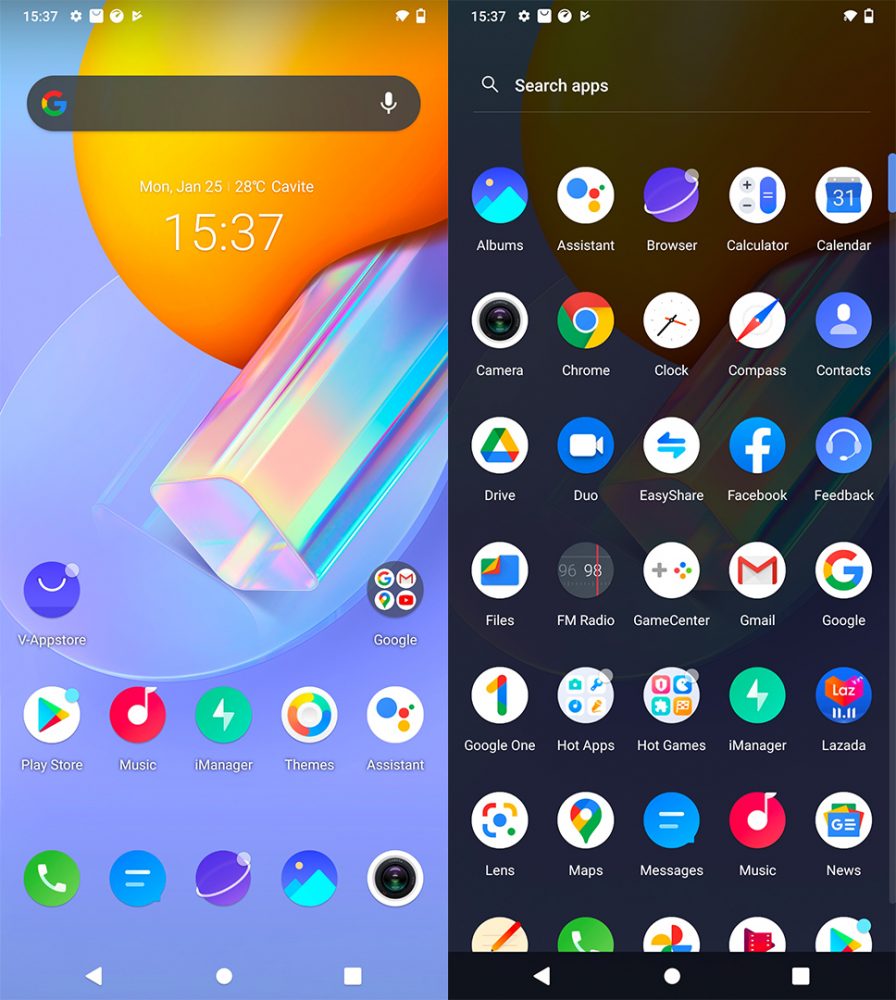 Out of the 128GB, about 111GB of it is usable. Pre-installed apps include the usual Google apps and third-party apps such as Facebook and Lazada. The Y31 has a variety of tools pre-installed, including EasyShare, iManager, and V-Appstore.

Now for cameras, situated on the notch upfront is an 8MP shooter, while for the rear, it consists of a 48MP AI main, 2MP macro, and a 2MP depth. There’s also an LED flash located below the rear cameras. Daytime shots produced by the rear cameras capture vibrant colors. You can also take advantage of its 48MP sensor, which is pretty nifty in some situations. There’s a dedicated Night Mode here for low light shots and isn’t the best, but still good enough, and details come slightly muddy.

For videos, the Y31 can shoot up to 1080p at 30fps. Stabilization needs more improvement, and the quality is subpar and good enough for casual use.

Powering the Y31 is Qualcomm Snapdragon 662 and 8GB of RAM. The device is excellent to use in basic tasks, such as video-watching and social media browsing. When it comes to gaming, graphics-intensive games lag and have frame drops from time to time. 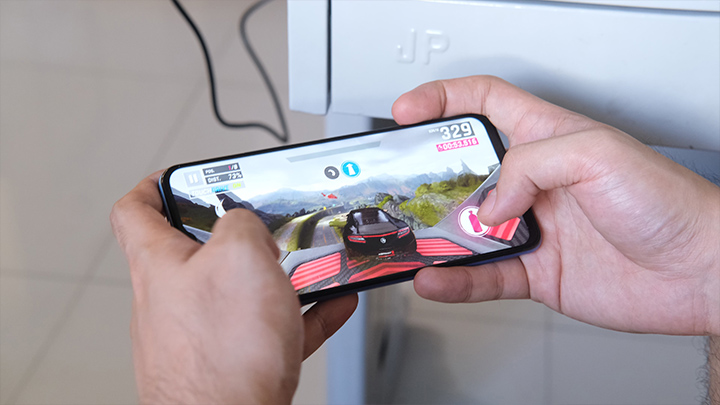 We ran the smartphone through our usual benchmark apps, and here are the results:

When it comes to biometrics, the Y31 has a side rear-mounted fingerprint scanner and face recognition. They’re both pretty fast and accurate.

The vivo Y31 comes with standard connectivity features such as WiFi, Bluetooth, GPS, and 4G LTE for connectivity. Powering the Y31 is a massive 5,000mAh battery with support for 18W fast charging. 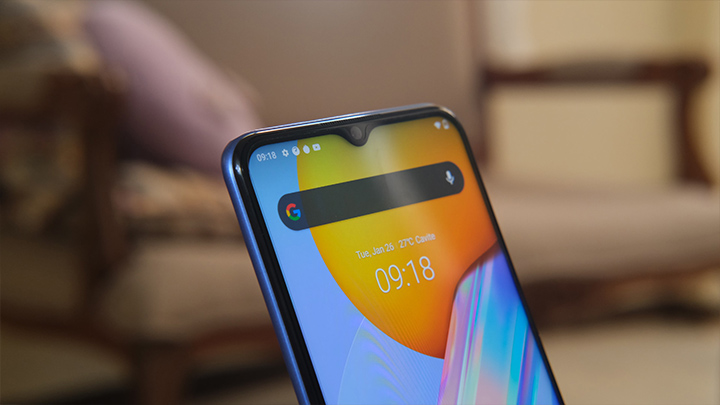 For battery life, we used the device for the whole day, primarily browsing the web and playing games, and we were at 20% at the end of the day. We can say that the battery life on this device is pretty impressive. In our standard video loop test, we got a total of 17 hours and 14 minutes of playback. In the PCMark Work 2.0 Battery Test, we yielded a score of 17 hours and 19 minutes.

vivo designs and colorways are beautiful, and for PHP 12,999, you actually get what you’re paying for. If you decide to go with the Y31, you get a sizeable screen, pretty great battery life, expandable storage, and performance decent enough for everyday use. PLUS, you get Funtouch OS 11 with the latest Android 11. 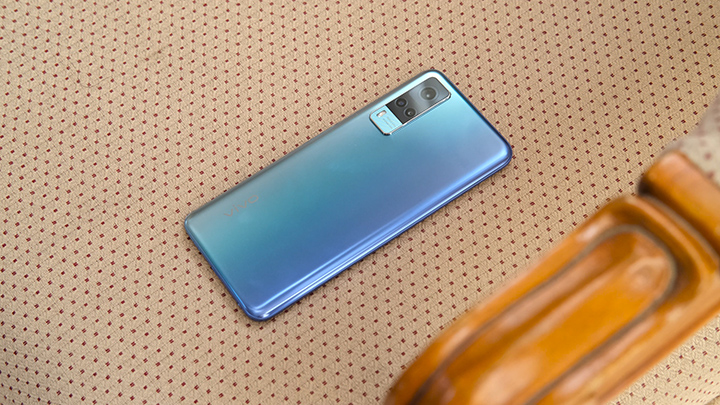 With input by AJ Viray