Phonebloks has released a video showing the updates on the build-it-yourself smartphone. One of the main highlights of the video is how the Project Ara‘s modules attach and dettach from its endoskeleton using electro-permanent magnets. We also might see a prototype version coming very soon.

If you’re still unfamiliar with Google’s Project Ara, you can quickly check out our related article on it.

The video starts by introducing the people behind the project including the Mechanical Workstream Lead and the Electrical Engineering and Software Lead. They first showed off an application processor board with an attached display to test the OS, apps, drivers, and software — monitoring and determining what works and what doesn’t.

Then they show how electro-permanent magnets are the key to holding the modules in place so the parts don’t break up and scatter when you drop your Project Ara smartphone. Basically, you just slide the modules (memory, camera, battery, etc) into the sockets and the magnet secures the connection. Once properly connected, the phone powers it up and we see in the video that the inserted module begins to light up. 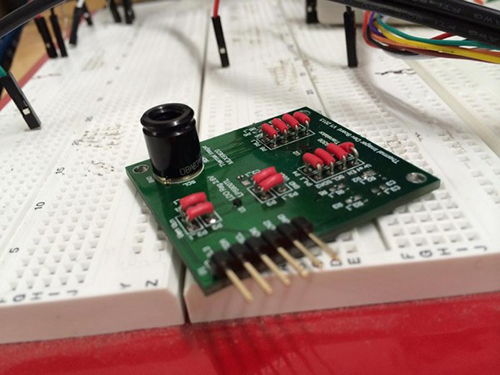 Sample of a camera module

Project Ara’s initial design for the handset was to use a 3D-printed back cover to hide the modules (reported to be just 4mm thick), but the team realized that its sectioned design is what’s making it unique so they decided to show these off instead of covering them. I agree with this move since it separates the device from all other smartphones that we’re seeing today in terms of physique. Users can then personalize these modules according to their liking (hence the module covers with a cat and a skull printed on them).

According to the UI designers, they’re planning to make the future smartphone’s interface to be as simple and intuitive as possible. 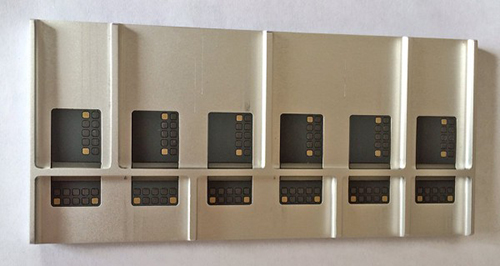 This is no longer a mere phone that may or may not push through as it is coming to its final stages of development. One of the executives mentioned in an interview that the only thing that needs finalizing are interfaces and protocols that allow the comppnent pieces to communicate with the CPU. It was also said that the team aims to finish the prototype version “within weeks”. Lastly, it was announced that the developer conference will be held on April 15 and 16 — all these point to the near (most likely early 2015) availability of the handsets.

Are you excited about this phone as we are? Any new specs you want to add for your own Project Ara when it comes out?