5 Tech Product Lines that Got Lost in Time

A decade or two passing by may not feel like too long ago, but in reality, a lot has changed in the things we use. Would today’s generation still recognize some of these product lines that were mainstream during our recent past?

A category that once occupied the product segment between a smartphone and a tablet, it might be rare to hear about phablets today. Yet, believe it or not, they used to refer to phones with 5-inch screens. Among the first of these, the Samsung Galaxy Note (2011), was only 5.3 inches. And so, what happened to the phablet? 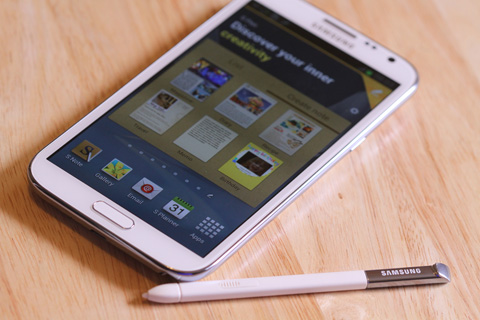 In a simplified sense, phones just got bigger. While there are still some which use the phablet classification in 2022, what used to be phablet sizes had become conventional for smartphones later on. Try finding a smartphone smaller than 6 inches in the market now. Of course, human hands are probably not getting significantly larger any time soon, but who knows what will be the golden spot for phones of the near future?

Small and portable is the name of the game for netbooks, which occupy that spot between phones and laptops when they were introduced around the year 2007. However, netbooks declined due to multiple factors. For one, there was limited space for development in netbook technology. As laptops entered the field with their smaller and more affordable variants, netbooks found it challenging to compete. Issues in hardware and connectivity were also noted. It may also be argued that the emergence of smartphones, tablets, and convertible laptops (hybrid laptop and tablet) tightened the market with which netbooks could expand. This was especially so since their functions overlapped. With their price ranges converging, netbooks apparently were not among the product lines which triumphed. This is not to say netbooks are no longer around, as they obviously are still with us, Netbooks found great functionality for children in education, but they seem to no longer command as much following as they used to have back in the day.

Further readings:
ASUS EeePC 701 in 2007
The Rise and Fall of Netbooks

No, public display of affection is still around, perhaps much to the chagrin of singles out there. What PDA meant here in particular were personal digital assistants.

Gaining popularity in the 1980s and the 1990s, later generations might still recognize how it worked since key functions carried over in future tech products like phones and tablets. Among these would be the touch screen, GPS for navigation, and wireless connectivity.

Further readings:
Mobile devices that used to be popular
Palm Pre with WebOS

“When you wanna page me it’s okay,” goes the Kim Possible song. Page how? Like with a book? Not really. Pagers were what we have in the 1980s and 1990s to send and receive messages. It was alternatively called beepers due to the beeping tone it makes. Think of an alarm-like device which vibrates strong enough to imitate a massager. While pagers have strayed away from the hands of many electronics consumers, they managed to find continued purpose in hospitals, where phone signals are still regarded to potentially affect critical care equipment. In addition, smartphone use in hospitals raise concerns about confidentiality and privacy, among other issues, providing reason for preference to the simple communication technology of pagers.

Trying to find a compact device which could play your large collection of media like films and series? Look no longer for the hard disk drive (HDD) media player is up to the task. Or at least it used to be that way, until the shift to digital television had incentivized digital TV boxes to also incorporate media player capabilities and offer them at lower cost. Perhaps a similar product line that also experienced near ubiquity would be the portable DVD player. It is understandable if discs may no longer be recognized today, but there was a time when “burning” discs was common practice, and their file capacities going into megabyte (MB) levels were already considered adequate. Their screen resolutions may not be at par relative to smartphone screens now, but these players did their job quite well.

Young people nowadays may look at them like they were unearthed fossils, but they used to be the daily drivers of society only a few decades back. Which of them have you used? Share your favorites with us.