It’s been 6 months since OpenSignal released a State of LTE Report with the Philippines getting an average of 8.59Mbps. This is up from 7.27Mbps we reported back in November 2016. 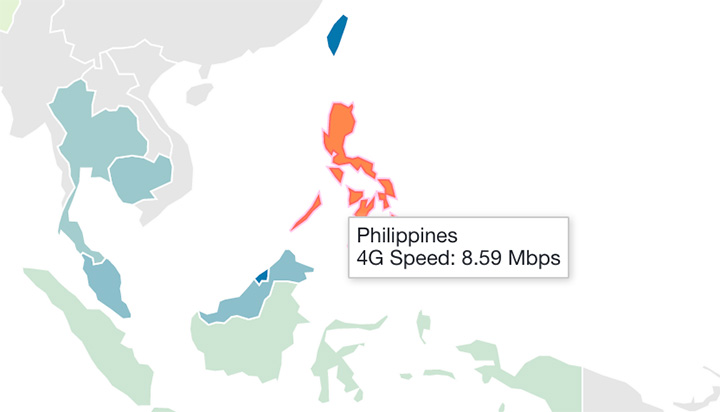 The highest in the list is Singapore with 45.62Mbps and South Korea with 43.46Mbps.

In terms of 4G availability, the Philippines ranked 72nd (out of 75) with 52.77% LTE coverage ( the percentage of the time that users can connect to a 4G network). This is a little better than the 44.8% LTE availability that the Philippines got back in November 2016.

OpenSignal did not provide statistical data specific to Globe and Smart this time, unlike the one they gave back in March 2017.