We’re here in Taipei, Taiwan where ASUS officially launched the much-awaited Zenfone 3. Out of the four variants, we’ve managed to get an intimate time with the 5.2-inch variant which carries 3GB of RAM and 32GB of storage and we’re ready to share with you our first impressions on the device. 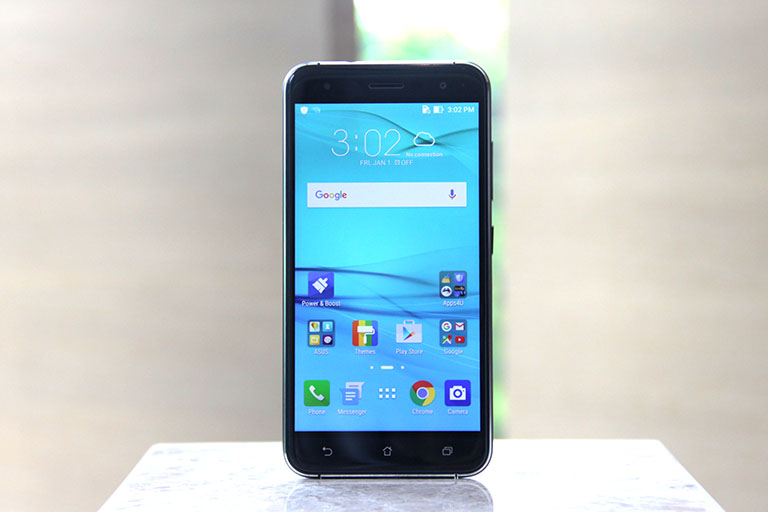 Its Full HD Super IPS display features a 77% screen to body ratio compared to the Zenfone 2 which is at 72%. The display is reinforced with Corning’s Gorilla Glass 4 which should protect it against hairline scratches. 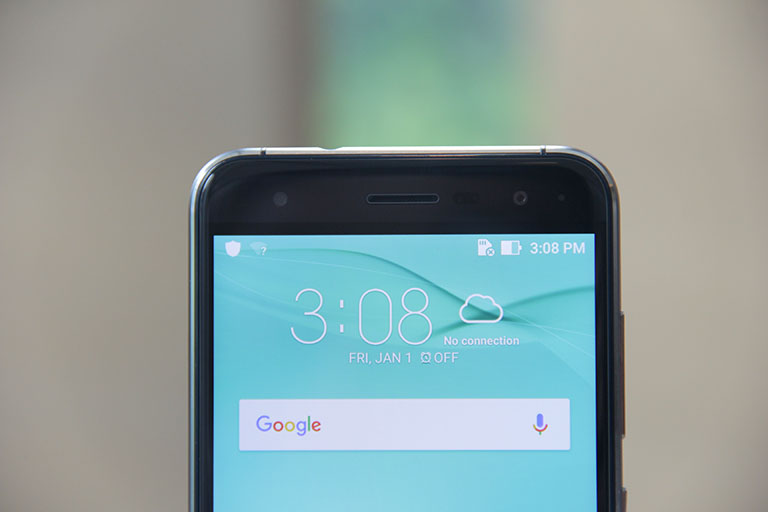 Located at the upper right side is the 8-megapixel front camera situated next to the sensors. We can also see here that the bezels are a bit slimmer at 2.1mm compared to its previous iteration and that’s always a good thing. The handset’s 2.5D display which curves outward also makes it seem to minimize the surrounding bezel. 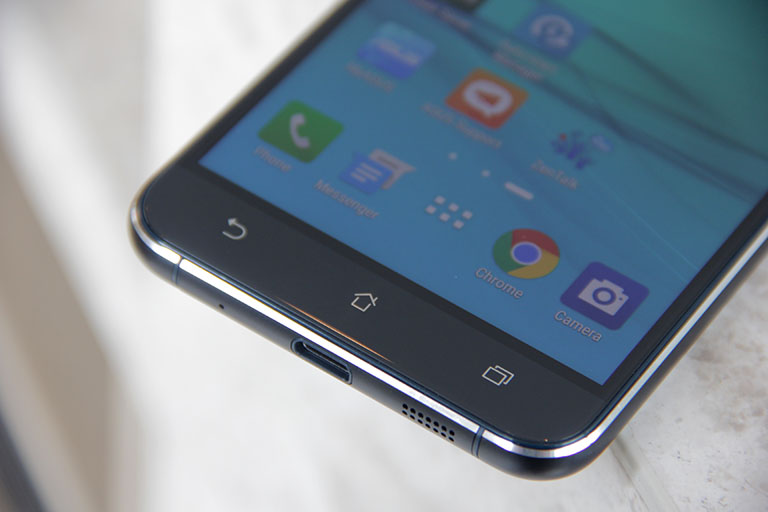 We still have the capacitive buttons below  that remains to be unlit so your familiarization with the buttons still plays part when operating the device in the dark. Additionally, there are chrome trimmings surrounding the entire device which add a bit of bling into the handset. 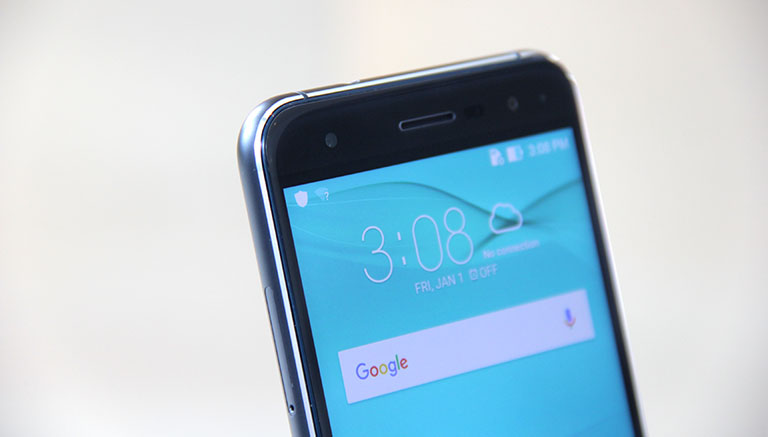 The corners are curved, reminiscent of the Zenfone Zoom and is made using what appears to be the same high-class material. At the left-hand side we have the compartment for the SIM card and the memory expansion via microSD. 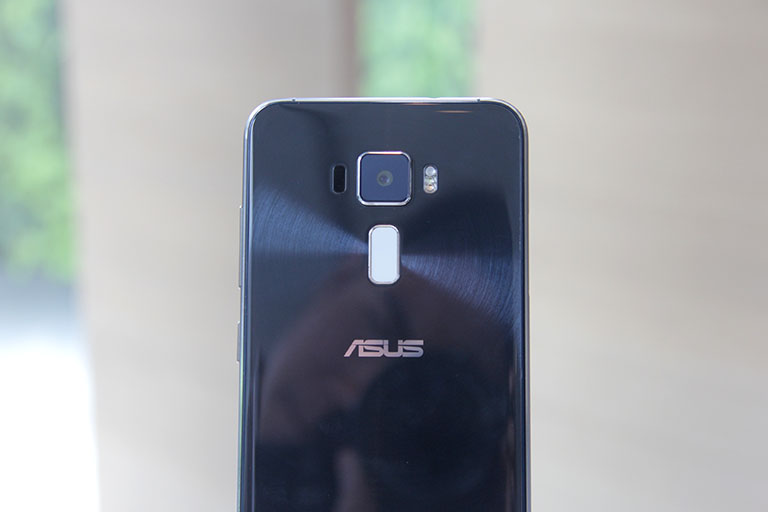 At the back, we have the 16-megapixel camera as its main shooter right above the rectangular fingerprint sensor. It is also flanked by the dual LED flash together with the sensor for its tri-tech AF system.

The entire back panel sports the company’s concentric circle design that shows different light accents depending on what angle you look at. What’s interesting here is that the back plate is protected by glass and veers away from the previous plastic material. This is a big step up for the company since it looks and feels more premium. 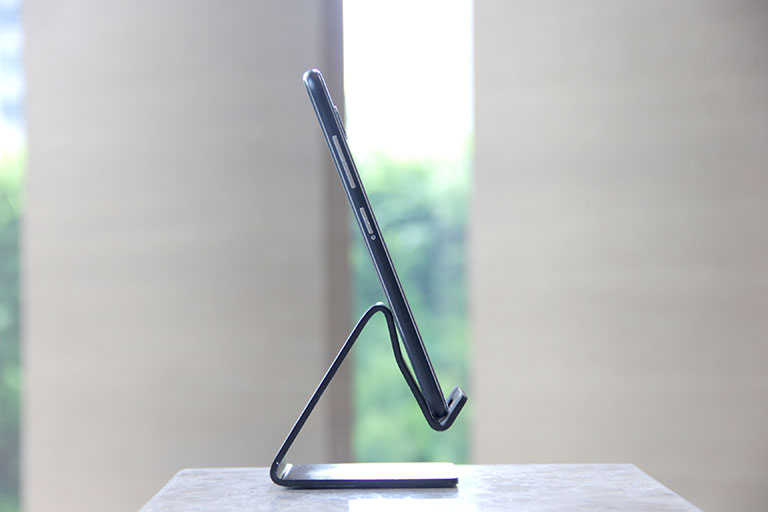 Measuring at only 7.69mm in width, it is a lot thinner than the Zenfone 2 which is at 10.9mm. This makes it easier to slide in and out of the pocket. The volume rocker and power/lock buttons are here and no longer at the back and up top as seen on the Zenfone 2. What we noticed is that the rear camera is protruding so it doesn’t lay flat on a surface. It’s not a big thing but users that are into details will want to take note of this one. 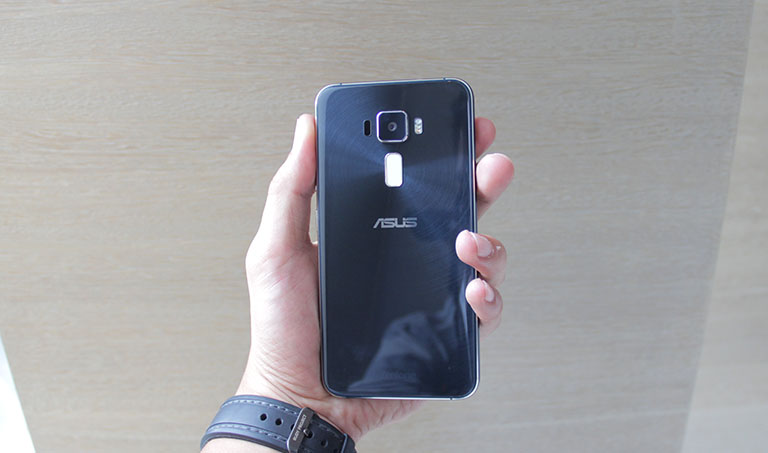 Overall, the Zenfone 3 sits comfortably on hand thanks to its curved edges. Undoubtedly, it looks more of a flagship device this time around due to the materials used in making the body. Inside, this variant of the Zenfone 3 carries a Snapdragon 625 CPU partnered with 3GB of RAM and 32GB of internal storage. The battery capacity is at 2600mAh which a bit smaller than the 3000mAh capacity of the 5.5-inch variant. The handset runs on Android M with the company’s ZenUI 3.0.

It has an international price of $249 which translates to Php11.6K when directly converted. With that range, ASUS has aggressively priced its new handset to take on other brands and we’re excited to see how it fares when it makes its official launch locally.

We’re making a short video showing more of the Zenfone 3 and we’ll be uploading it here on this article later on. Stay tuned.