We’ve already given you our Christmas Gift Guide for smartphones under Php5K. Today, we’re stretching the price range a bit to Php10K to give you our hand-picked handsets for a gift or even for yourself. Check out our list below. 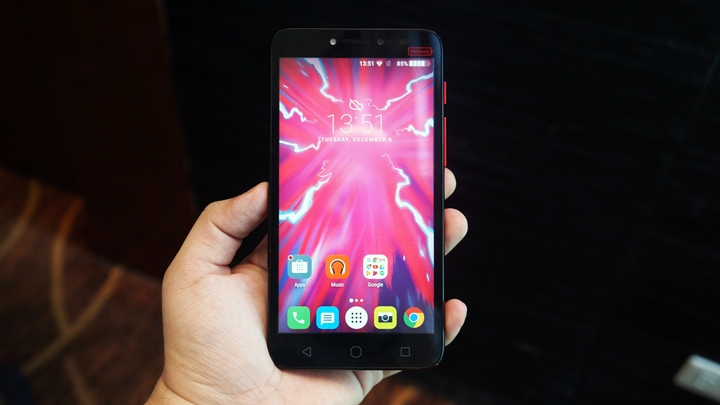 Kicking off the list is the Alcatel Pixi 4 Plus Power. It’s priced at Php5,999 which is pretty affordable, although you don’t get much in terms of specs. Its selling point, though, is a large 5000mAh battery that should last you more than a whole day of usage. It also supports fast charging so you could fill it up faster than other handsets in this price range. There’s also the Alcatel Shine Light which is the latest offering in the country and sports a beautiful combination of glass and metal as its form factor. It has a 2.5D curved screen that’s reinforced with Asahi Dragontrail Glass for added protection against scratches. You also get 13MP rear camera with dual-tone LED flash and LTE connectivity for Php9,999. Check out our first impressions here. The Zenfone series is sure to make it to this list and we have here the 5.2-inch Zenfone 3 Max. Its main selling point, just like its predecessor, is a big battery capacity — 4100mAh to be exact. During our review, it lasted for almost 11 hours which is pretty impressive. It also has 3GB RAM, LTE, fingerprint scanner, and 13MP rear camera for Php8,995. Additionally, if you don’t mind settling for last year’s models, ASUS recently dropped the prices of their Zenfone 2 lineup so you can get the 5.5-inch Zenfone 2 with 4GB RAM and Zenfone 2 Selfie, Zenfone 2 Laser, and other models all below Php10K. 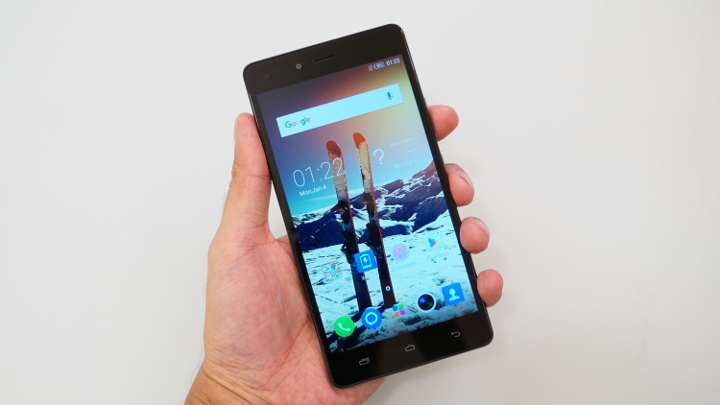 Infinix has its own offering with a hefty battery capacity in the form of the Hot 4 Pro. For Php5,990, it sports a 4000mAh battery capacity complete with quick charge function, 13MP main shooter with LED flash, 4G LTE, and a fingerprint sensor for added security. We have our full review on it if you want to check it out. If 4000mAh is still not enough, there’s the Infinix Note 3 Pro that carries a larger 4500mAh battery and Android Marshmallow out of the box. It’s also equipped with 3G of RAM, an octa-core CPU, 13MP rear camera, LTE connectivity, and a fingerprint sensor. You can get one for Php8,390. Still not convinced? You may read the full review through the link. 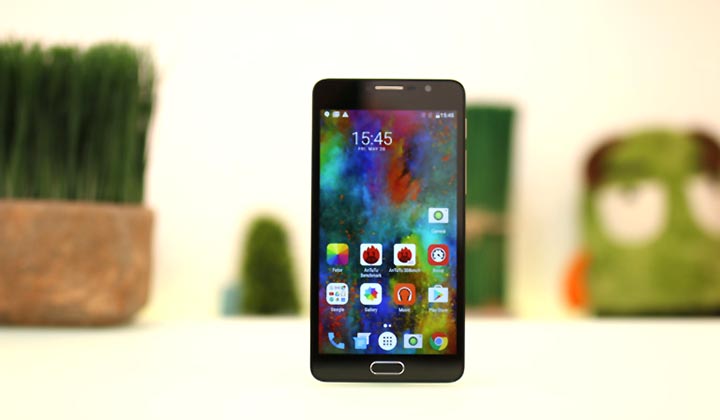 Although the Flash Plus 2 is not the newest phone on the block, it still has pretty competitive specs with its 5.5-inch Full HD OGS display and Helio P10 chip. It’s coupled with 3GB RAM with 32GB storage which is expandable up to 128GB. Connectivity-wise, its Category 6 LTE can tap to more bands for faster data transfers. It’s also equipped with Hi-FI audio for the audiophiles out there. You can purchase the Flash Plus 2 at Lazada for Php6,499. See listing here. 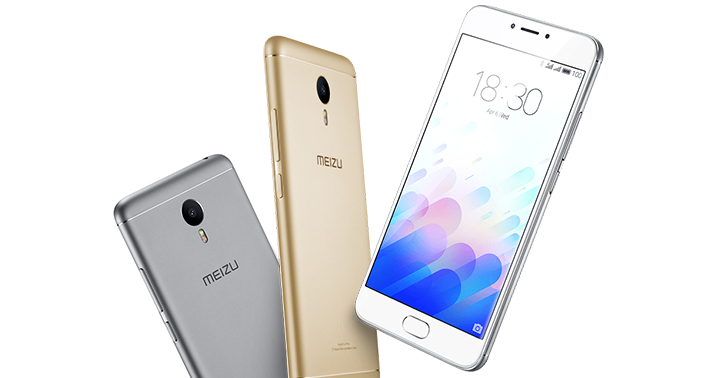 Meizu also made it to the list with its M3 Note. This phablet, with its 5.5-inch display, is fitted with a Full HD resolution panel and MediaTek’s Helio P10 processor. It comes in two variants — a 2GB/16GB option and a 3GB 32GB model. The main camera is at 13 megapixels and comes with phase detection autofocus and dual-tone LED flash, while also sporting a fingerprint scanner, 4100mAh battery, and LTE. The 2GB/16GB M3 Note is at Php7,990, while the 3GB/32GB variant will cost a bit higher at Php8,990. These are said to be initially offered at Meizu’s first official store in SM Southmall. 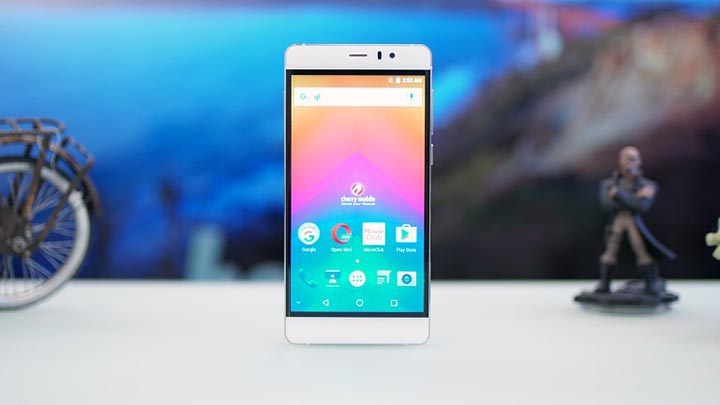 Cherry Mobile has a lot to offer in this range and we’ll start with its Flare X2. For Php7,999, you get a Full HD 5.5-inch display protected by Dragontrail glass, an octa-core processor from Qualcomm, 4GB of RAM,32GB storage, LTE, fingerprint sensor, and a 16-megapixel rear camera with BSI and PDAF. It comes with Android Marshmallow out of the box and a premium build. We’ve had it to test out and liked its decent battery life. You may read the full review for more details. For those who want a good screen, their Flare 5 should do well with its AMOLED display. It’s also got an octa-core processor with 3GB RAM and an expandable 16GB storage. Imaging is handled by a 16-megapixel sensor, again, with BSI and PDAF to aid your photosIts LTE is 700MHz ready for faster speeds and we also are a fan of its slide-key feature during our review. It is priced affordably at Php5,499. 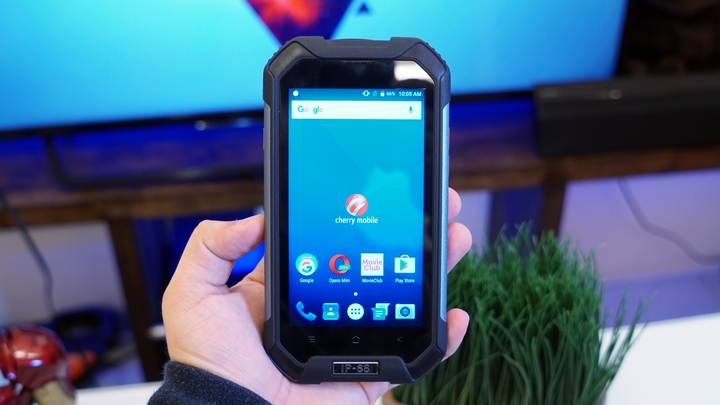 If you wouldn’t settle for anything less than a CPU from Qualcomm, there’s also the Flare X2 at Php7,999 with Snapdragon 430 processor with specs including a 4GB/32GB combo, LTE, fingerprint scanner, and a 3000mAh battery. The Flare X5 is a good option, too, for its LTE 700MHz capability, USB Type-C, 3GB/32GB memory, and a decent price at Php8,999. Although for the active individuals that require a tough phone, Cherry Mobile’s Defender is the way to go. It features a brick-like body that could handle drops, is water-resistant, and doesn’t skimp out on important specs. Inside its thick body is a Helio P10 CPU with 3GB RAM and 32GB of internal storage. The camera is at 18MP and has 4G LTE for mobile browsing. This tough, IP68 smartphone should be available this December for Php9,999. 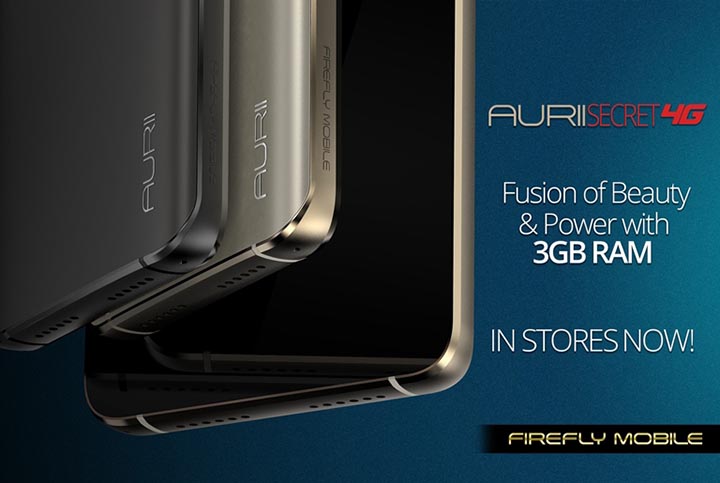 A lot of consumers have also been attracted to Firefly Mobile’s Aurii Secret due to its affordable price and decent specs. For Php5,999, users will get a 5-inch IPS display with 3GB RAM and a 16GB storage which is expandable to 128GB. Processing is done by a 1.3GHz octa-core 64-bit processor while imaging is handled by a 13MP Sony camera with F2.0 aperture. There’s LTE on board, USB-OTG support, 3450mAh battery, and Android Marshmallow to boot. Every purchase includes a Php600 freebie that includes an Oleophobic Tempered glass and an Armor case. 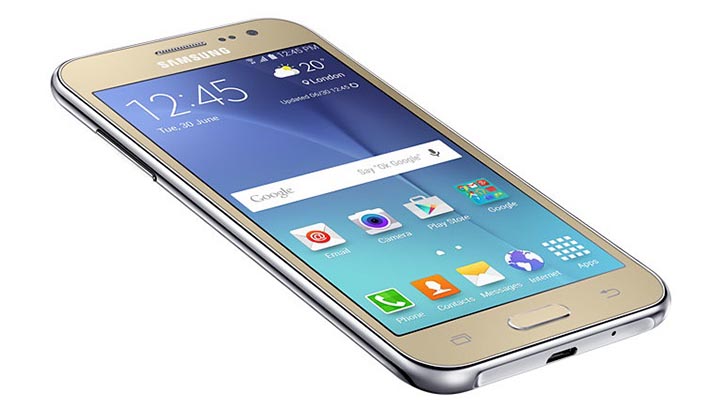 Samsung is also in the budget category with its Galaxy J2 DTV. As its name suggests, this phone features a digital TV so you can watch your favorite local channels whenever you’re stuck in traffic or just passing time. Specs-wise, it has a 4.7-inch Super AMOLED display, quad-core CPU, LTE, and a quad-core Exynos processor. You can snag one for Php6,990. However, if you need something a bit more affordable, the Galaxy J2 Prime boasts a Cat. 4 LTE so it could connect with more bands than the regular ones. It’s got modest specs and is priced at Php5,990 on Lazada. See listing here. The Y55 also made it to this list with its Php7,990 price. What you get is a 5.2-inch display and a Snapdragon octa-core CPU with 2GB RAM and 16GB storage. Expanding the storage has its own slot unlike the hybrid dual-SIM setup of other handsets. It connects to the internet through LTE and has an 8MP/5MP camera. During our review, we liked its design, decent performance, and good battery life. Xiaomi is known for providing its handsets with decent specs but with a low asking price. This is what the Redmi Note 4 offers with its 5.5-inch Full HD display and a 2.5D curved glass on a metal unibody. Out of the devices on this list, it’s the only handset with a deca-core processor on its Helio X20. The camera has a 13MP/5MP combo with the main shooter having PDAF and dual LED flash. There’s fingerprint scanner, LTE, 4100mAh battery with fast charging, and even an infrared feature for controlling appliances. There are two variants: 2GB/16GB and 3GB/32GB. The former is priced at Php9,500 while the latter slightly goes past our 10K limit at Php10,800 in case you have the extra bucks to spare. Both are available at Widget City. See listing here.

Those round up our hand-picked smartphones. Is there any handset you think should be on this list? Sound off in the comments section below. Happy shopping!