One the of the newly launched Cherry Mobile handset is the Flare 5. It’s the successor to the Flare 4 that was announced last year. It’s got an updated display to AMOLED and a bigger 3GB RAM. Also, it’s one of the few handsets that supports the latest 700MHz band. Here’s our full review of the Cherry Mobile Flare 5.

The Flare 5 is a 5-inch Android smartphone rocking an HD AMOLED panel. It’s one of the cheapest handsets you can avail with the said display tech. Along with the display is the 8-megapixel front camera plus its own LED flash. It’s got a big chin at the bottom for symmetry. 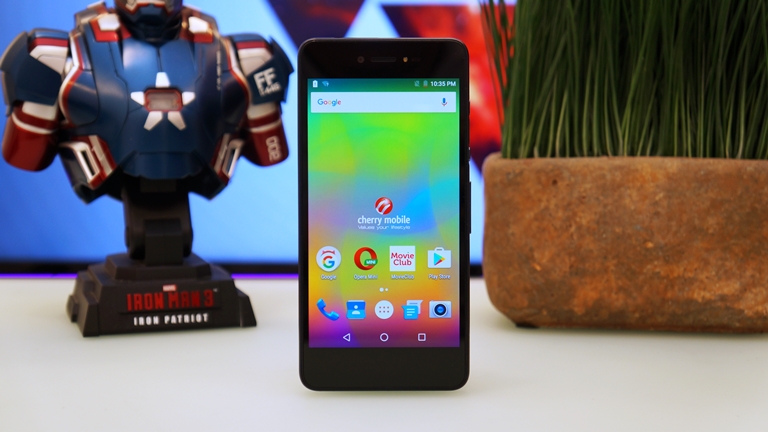 On its right are the volume rocker and the power lock button. There’s also a slide key that you can program its function in the settings panel. We like to set it as a mute button similar to the iPhone and a long pull will turn on the flashlight. The left side, on the other hand, is devoid of any buttons or ports. 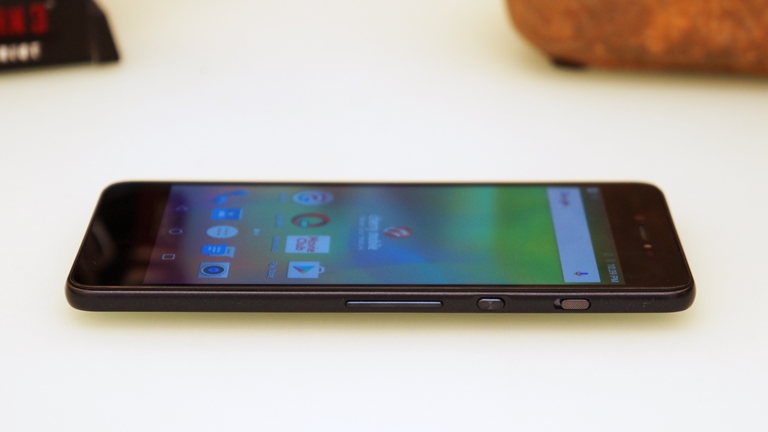 The top side houses the micro-USB port and 3.5mm headphone jack. That leaves the bottom end with just the main microphone. The plastic frame of the phone has a soft touch to it but we still prefer aluminum. The back panel is a glossy polycarbonate that produces a striking effect when light hits it. It’s similar to the Zenfone line from ASUS. It’s removable which gives you access to the card slots and non-removable battery. The main camera is a 13MP BSI sensor with phase-detection autofocus partnered with a single LED flash. The loudspeaker is also placed at the back. From a design standpoint, the Flare 5 sports a subtle look that makes it seem like a more premium device. Although, the lack of cold metal that its predecessor has leaves an unsatisfying feel on hand. It’s also extremely light on hand.

The Flare 5 is equipped with an AMOLED display with 5-point multitouch support. It’s 5-inches in size with 720p resolution and protected by Corning Gorilla Glass 3. It’s good to see this panel on cheaper handsets. Like those found on flagship phones, the AMOLED on Cherry’s budget offering produces vibrant and well-saturated images. However, the panel is not exactly top-notch in terms of clarity. If you’ll look closer, you’ll see a bit of noise in the whites. 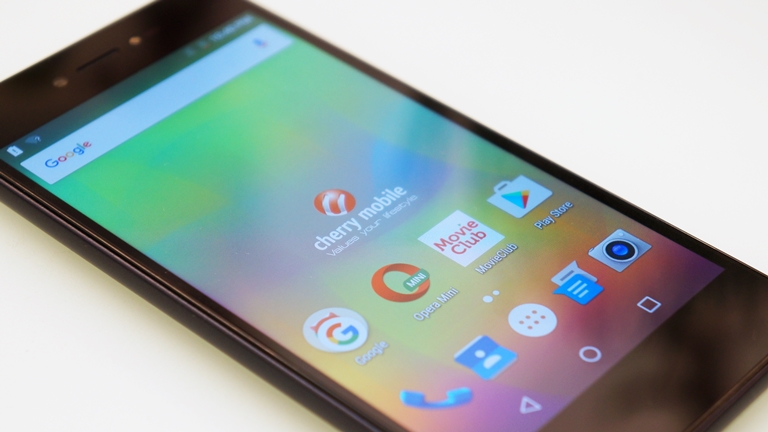 As for the loudspeaker located at the back of the phone, it’s nothing to write home about. It’s soft and just doesn’t do enough justice to the colorful display. It’s better to plug in a pair of headphones and turn up the volume if you want a better listening experience.

An almost stock Android 6.0 Marshmallow runs out of the box with your usual Cherry Mobile setup. There’s the traditional home screen with widgets and the app drawer. 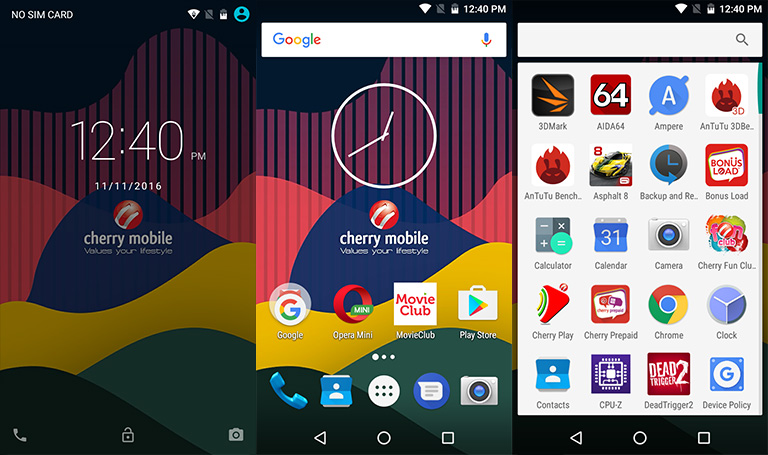 Speaking of apps, it’s loaded with apps that the company wants you to use including their own branded software like the Movie Club, Bonus Load, Cherry Prepaid, Cherry Play, and Cherry Fun Club which pushes useless and irrelevant ads during usage. 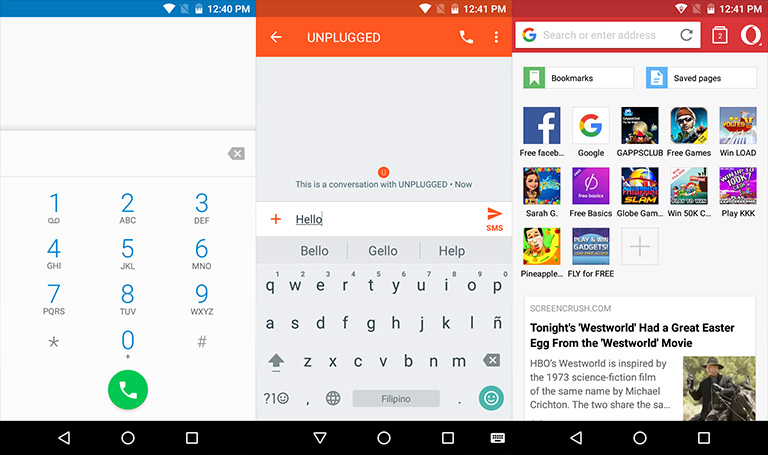 Like most Cherry handsets, there’s not a lot to talk about when it comes to the UI and that’s either a good or a big thing. Good since it’s not running extra features that will choke the memory, bad because it just gets boring at times but you can remedy that with a launcher.

For photography, we’ve got a 16-megapixel rear camera with phase-detection autofocus and single LED flash plus an 8-megapixel front camera with its own dedicated LED flash as well. The camera UI is, again, plain and boring. It gets the job done but we’re really starting to nitpick the UI of MediaTek smartphones from Cherry. 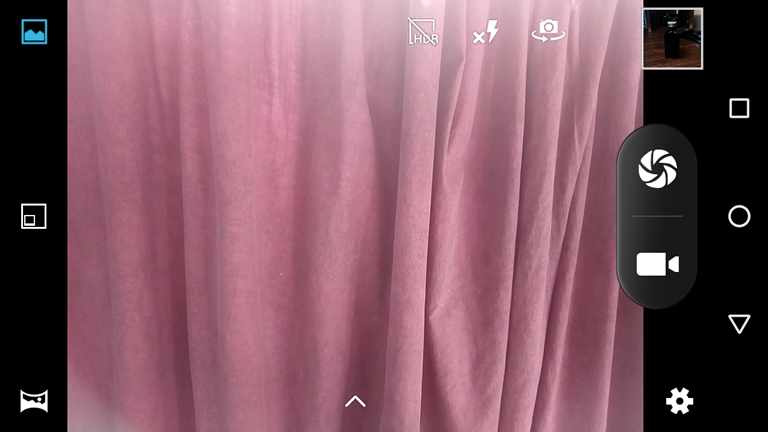 Anyhow, the quality of the stills taken by the rear camera is good enough for social media posting, but if you’re going to look at the details, there’s too much processing done making it look sharp in a negative way. Daylight shots are good, but we can’t say the same thing in low light. HDR works well but you can expect the output to look artificial. The front camera, on the other hand, is a wide-angle selfie shooter with plenty of resolution to work with. White balance is a problem though as can be seen from the samples below.

When it comes to video, it can do a maximum of 1080p at 30fps. There’s an option to electronically stabilize your video and surprisingly, it’s good at keeping it steady sans the slight warping from time to time. Here’s a sample:

Powering the Flare 5 is an octa-core MediaTek MT6753 processor clocked at 1.3GHz. The chipset has been pretty popular among handsets in its class and it’s been performing well. It has the same chipset from its predecessor though but it’s now paired with a larger 3GB RAM. 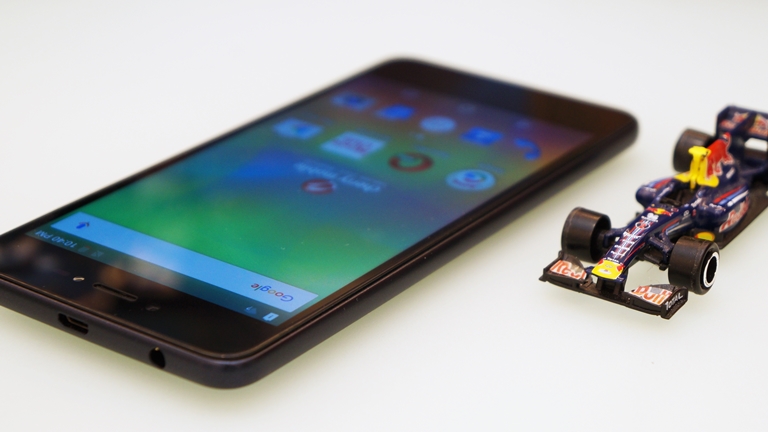 General performance is okay. It works but nothing spectacular. No issues when it comes to in-app performance and the 3GB RAM helps a lot in keeping more apps open for the whole day. However, there are a few hiccups we encountered when navigating through the UI or switching in between apps. A software update might be able to smoothen things out. 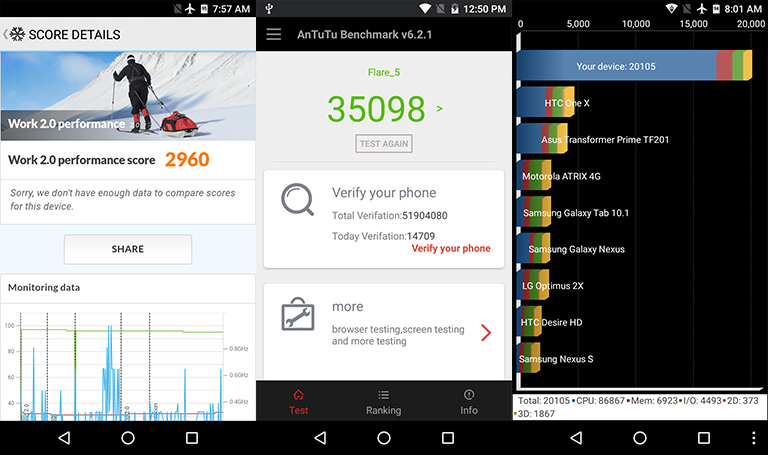 When it comes to gaming, the Flare 5 is on the average level. The Mali-T720 GPU is not high-end or even one of the best GPUs around but it performs decently. Graphic intensive gaming is not a forte and it’s best to keep the settings in medium to achieve higher framerates.

Here are the benchmark scores of the handset:

As for the sensors, we don’t see a gyroscope on board making the phone incompatible with any VR games and applications.

We’ve been reviewing Cherry Mobile handsets for years and call quality is always a hit or miss. The Flare 5 is one of the devices that gives you a headache when making a cellular call. The earpiece sounds tinny with voices coming out robotic. It also doesn’t have a noise-cancelling microphones so noisy environments can hinder calls. 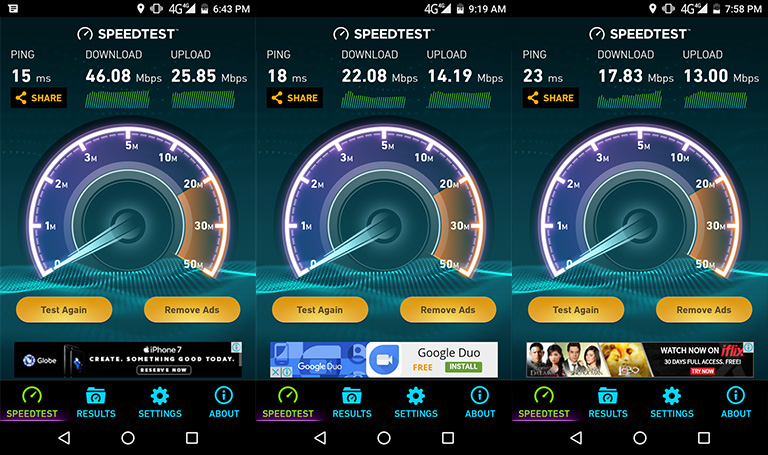 If call quality is not exactly a feat of the Flare 5, it’s got an impressive set of radios including LTE with support for the latest 700MHz (Band 28) spectrum. And truth be told, we are getting faster speeds whenever we’re in the area of coverage. This makes the Flare 5 a handy mobile hotspot device too. As for other connectivity features, it has Bluetooth and Wi-Fi with both work fine during our test.

The non-removable battery of the Flare 5 has a rated capacity of 2500mAh. It’s pretty small but we’ve got high hopes due to the AMOLED panel. We used the device as our daily driver for a week and it doesn’t disappoint. With a data turned on most of the time and a screen on time of almost 3 hours, it was able to last 11 hours before reaching 5%. But, with the PCMark battery test (Work 1.0) it was rated at 6 hours and 32 minutes only. While our traditional video loop test lasted for 9 hours and 5 minutes. I guess you’ll need to bring a power bank with this if you want to last a whole day, just in case.

As we conclude this review, it’s safe to say the Flare 5 is not a big improvement from the Flare 4. You get additional RAM and a different display panel although the lack of metal is a drawback for those who prefer a more premium feel. It’s a good all-around phone with setbacks in speaker quality. 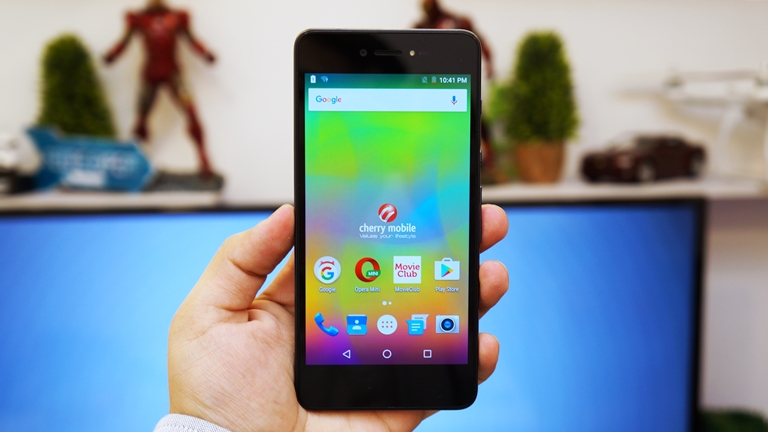 If you’re coming from a similarly priced smartphone, there’s not much reason to jump on the Flare 5 unless you’re itching for the 700MHz LTE. For now, being in the 700MHz club is a privilege and an advantage. For Php5,499, it’s a little more expensive than it’s predecessor probably due to the AMOLED panel and tweaks done to sneak in Band 28.