Once again, EVleaks swoops in to give out images of what is reported to be the Motorola X Phone – the droid that is rumored to be revolutionary and a game-changer for smartphones.

The photos shown below reveal the device in a protective casing, possibly to conceal the real look of the device. There’s nothing much to see in front aside from the Motorola logo, the earpiece, the front-facing camera, and half of the display. 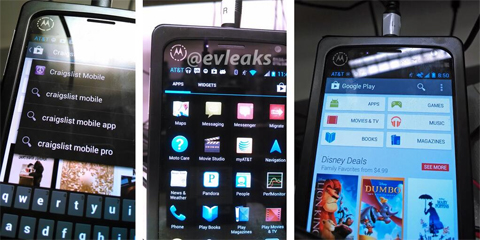 The back, however, is not enclosed in any kind of shell or protection and hints at a textured finish with a crisscross design. It is also reported to be made out of polycarbonate with 20 different color variants. Do note that this is still a prototype so some aspects of the phone can change before the official announcement/release. 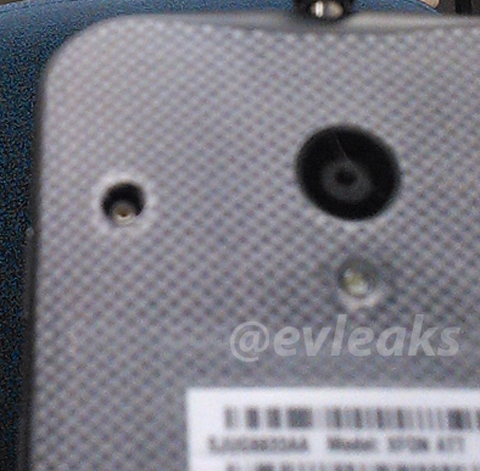 PhoneArena managed to get a lot of details too from their own source, and they’re pretty confident that it’s the real thing. The phone is likely to come out on all major US carriers, but there’s a possibility that an international version will be on the way.

The phone, codenamed Ghost, will be packing 32GB of internal storage, 2GB RAM and a 1080p display. The size is around 4.7-inches, though that is not confirmed. No MotoBlur on board, meaning the device will be running an almost stock version of Android with some slight customization. Other reports from the past also hinted at a very capable camera, so we still need to watch out for that.

After the Optimus G Pro, the Galaxy S4, the One and the Xperia Z, it looks like Motorola may be coming in to clash with the Android titans again.