The Lumia 630, Lumia 630 Dual-SIM, and Lumia 635 sport similar specs except for the latter that features LTE connectivity. Both feature 4.5-inch FWVGA ClearBlack LCD at 218ppi, Gorilla Glass 3, 5 megapixel rear camera, 8GB of internal storage, and microSD card support for up to 128GB. 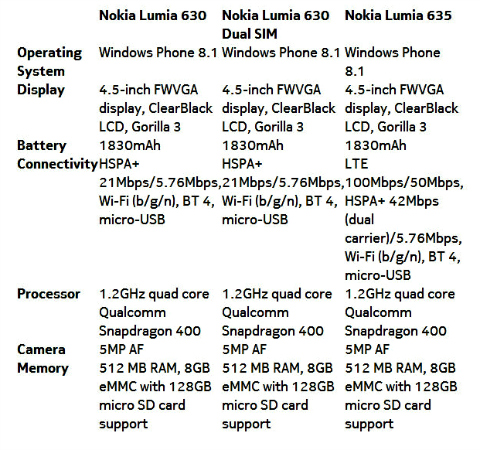