It’s been rumored for so long now & we have no confirmations of its existence yet – but photos of the supposed Nokia EOS just made it to the internet. The EOS is reportedly packing a sensor similar to the 41MP Nokia PureView 808 (or even better), all housed into a slim Lumia design package and made to run Windows Phone. 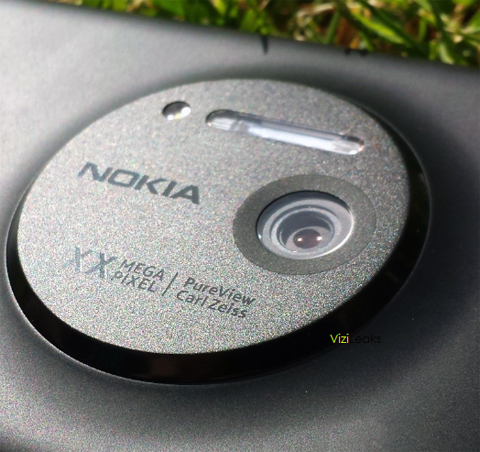 We’ve been hearing the buzz from months ago, and we even thought that they would launch it last May; apparently, the announcement was for the Nokia Lumia 925.

the back of the phone; compared to the Lumia 920

The phone hosts a huge protruding camera & a clip for wireless charging on the back, and on the right side you’ll find the power button, the volume rocker and the two-stage camera key. Down below is the place for the micro USB and the speakers, and on top are the secondary microphone, the audio jack and the SIM card slot. Up front is a display of unknown size and resolution, and the rest simply screams Lumia 920 all over – from the bezels and all the design cues. 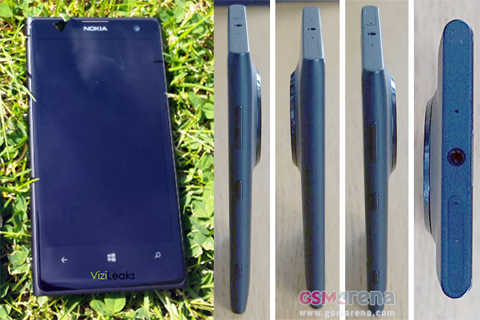 The phone will come in black & yellow; other colors and details are yet to be announced. Most likely however, Nokia will have a US launch first with a worldwide launch coming in a few more months.

thinness comparison with the Lumia 920

What have you got to say about it? Is this the phone that will pull Nokia back from the ashes? Feel free to leave a comment down below.