Last month, OPPO launched its latest smartphones under the company’s famous F-series — the OPPO F11 family. We’ve taken the F11 Pro for a full spin last March, but its younger sibling, the F11, had arrived only a week ago. It’s this device’s turn for a full review so if you’re curious on how it fared, continue reading below. 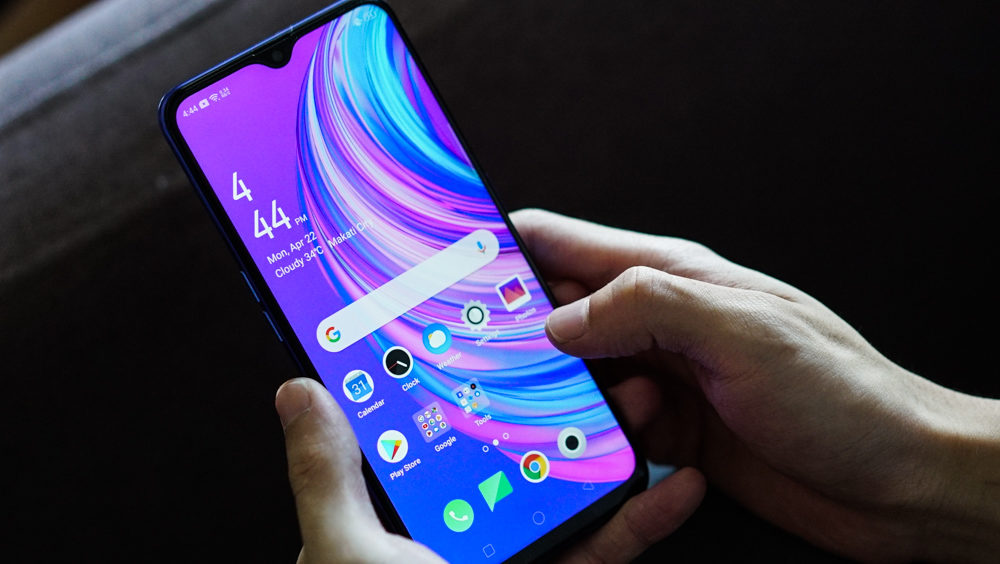 The OPPO F11 doesn’t stray away from the F11 Pro as it has practically the same model, but it comes with different color variants. One thing to note is that it has a notch for the front camera instead of a pop-up mechanism. The back still comes with glossy polycarbonate material with a metallic frame, but the device still looks premium and attractive given its purple color. At the front, you’ll get the same 6.53-inch screen. There is a pre-installed screen protector while the bezels are pretty slim to make the screen more immersive and for a better viewing experience. 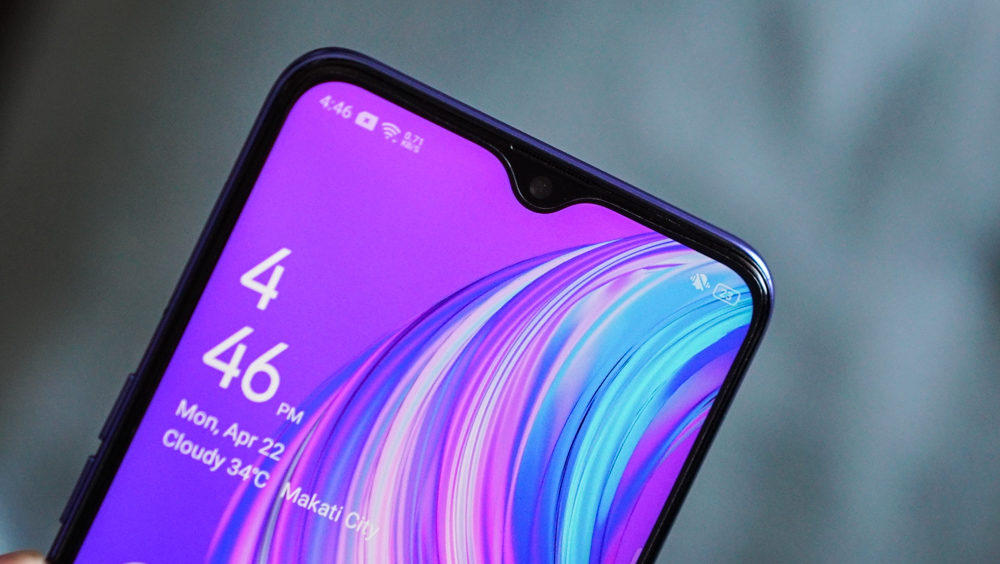 On the left are the volume rocker and the SIM tray that accommodates the dual-SIM cards in a hybrid set up. The buttons are clicky and tactile which is excellent as well. On the right is the lone power button that has the same feel as the volume buttons. I also like the green strip inside it which adds a nice touch to the phone’s aesthetics. 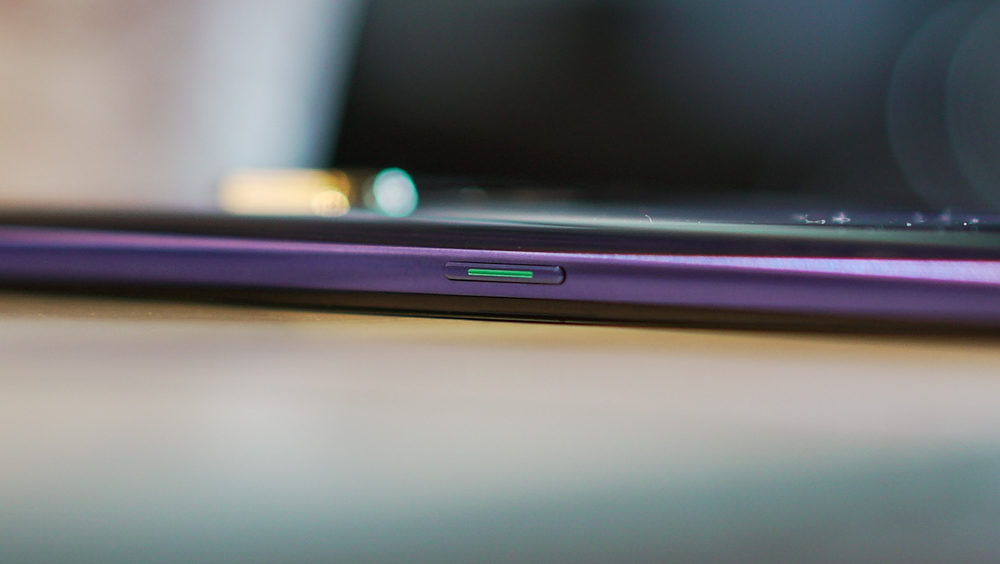 You’ll find the noise-canceling microphone at the top while the bottom houses the 3.5mm audio port, primary microphone, micro USB, and loudspeaker. It’s 2019, and I feel like OPPO could have done a better job by just putting a USB Type-C port in their phones instead. However, I also understand that they have not yet fully implemented the VOOC charging capability on the said USB port. 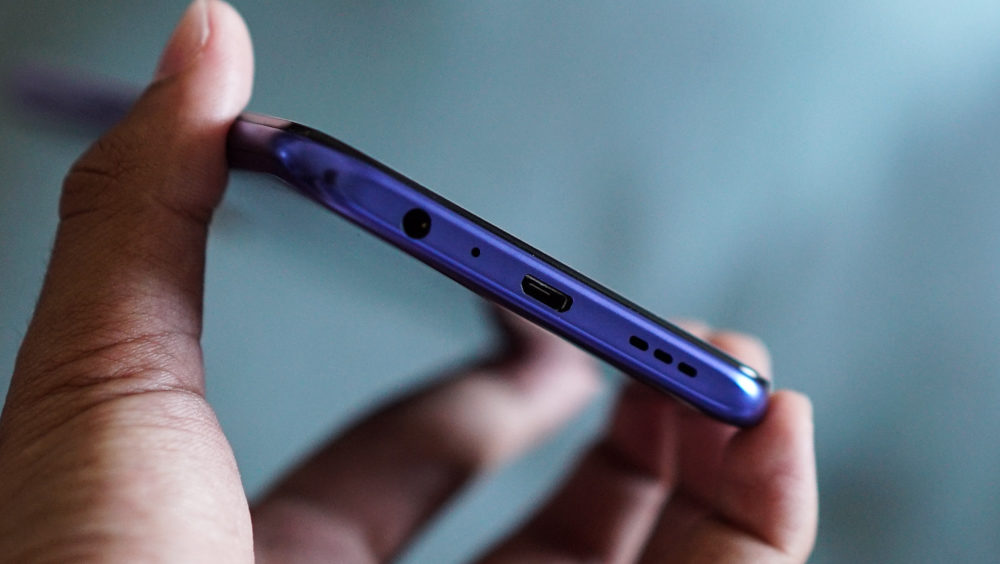 Flip on its back, and you’ll see the dual 48MP and 5MP cameras, LED flash, and fingerprint scanner sitting all at the top-middle part of the device. I like symmetry so I’ll give OPPO a plus point for this kind of set up. 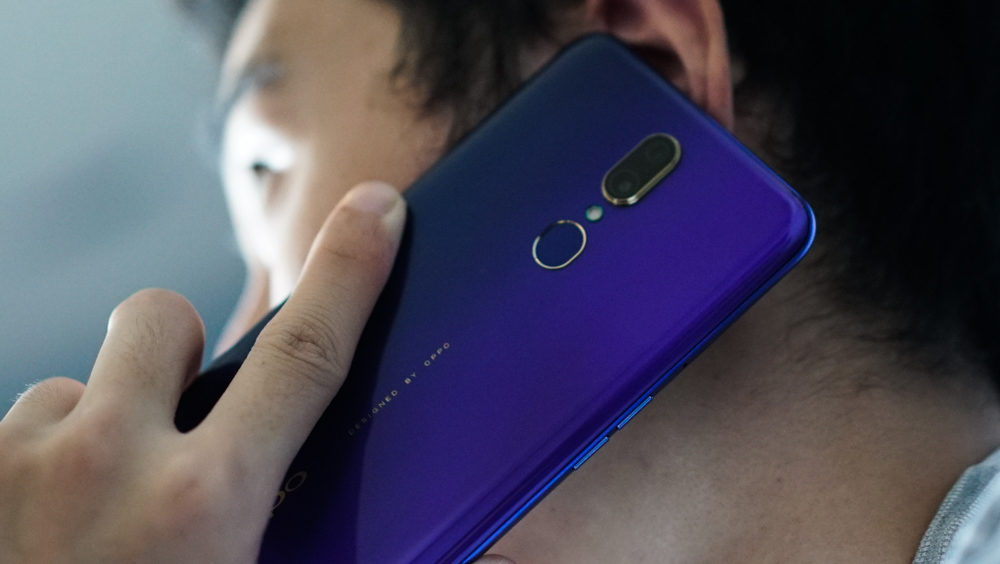 Overall, the F11 feels like it’s the F11 Pro but without the pop-up camera mechanism. It has this premium and well-built feel, but my main problem with having a glossy back is its smudge and fingerprint magnet. Good thing that OPPO included a jelly case in the package so that somehow remedies it.

As said earlier, the F11 has a 6.53-inch FHD+ display with 2340 x 1080 resolution. The color reproduction is excellent while viewing angles are great thanks to those slim bezels. Given the large screen size, this is a very suitable device for watching movies or any videos for that matter. Under direct sunlight, I can still navigate the device without encountering any visual problems. You’ll get that usual glare issue, but, it can be remedied by putting the F11 at around 80% brightness or adjust it to the max. In terms of audio quality, the bottom-firing speaker can fill a small room. However, just like with the F11 Pro, the bass is pretty lacking, so I suggest that you plug in a headset or use a Bluetooth speaker instead.

The F11 runs on the ColorOS 6.0 UI based on the Android 9 Pie operating system. The user experience is quite pleasant as the whole interface is easy to understand. The smart assistant sidebar is also useful especially if you want quick access to some apps regardless of any applications that are running. You can also enable a feature that allows you to press the power button for 0.5s to quickly access Google Assistant which is neat.

Since the F11 is practically the same as the F11 Pro, it also has the same features and functionalities that you can check here. By default, your apps sit in multiple home screens but you can also opt for an app drawer. 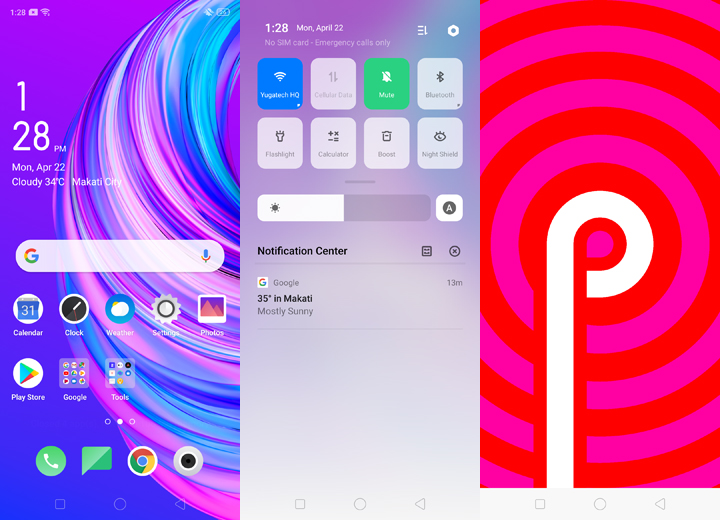 Pre-installed apps include ORoaming where you can purchase data packages abroad, Game Space tp optimization the games on your device, Music Party, iReader, and the usual Google applications.

The OPPO F11 feature dual-rear cameras, consisting of a 48MP f/1.79 main shooter and 5MP secondary for depth sensing. Its interface is identical to the F11 Pro’s UI, so it also has the same features such as HDR, AI scene recognition, digital zoom, and filters. By default, the photo ratio is at 4:3, but you can opt for a Full Screen, 4:3 (48MP), and 1:1 depending on your photography style. The main highlight of its camera is the Ultra night mode so you can shoot in low-light and still get decent photos. Quality-wise, the images have good detail and sharpness. As for the low-light shots, it is indeed good. It’s not perfect since noise is still evident, but good enough for social media uploads.

For the front cameras, nothing’s changed with the quality of the photos as compared to the F11 Pro and also has the AI beauty mode where you can adjust selfies manually by digitally editing your facial features live. 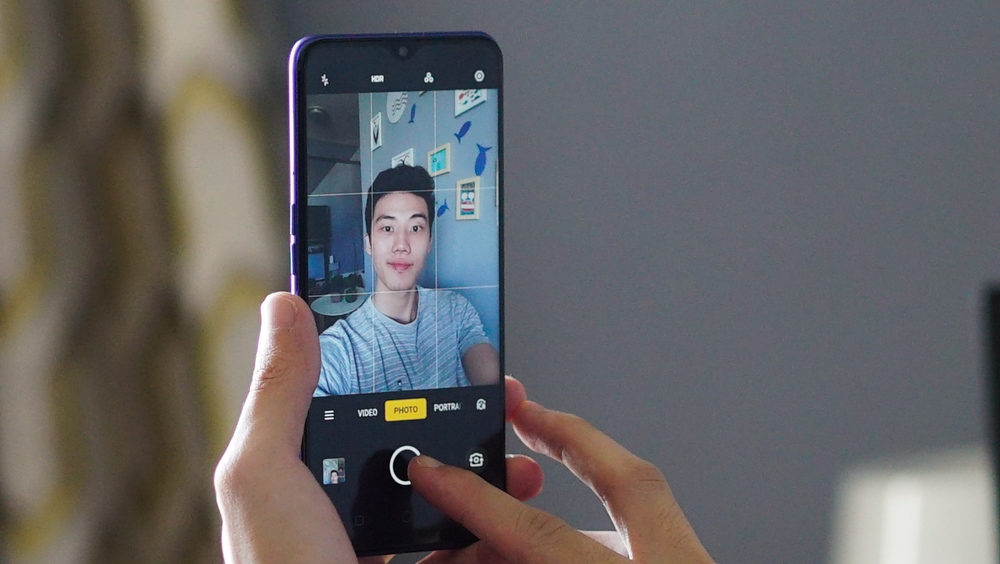 Selfie photos are pretty great in good lighting, but I have some reservations with the portrait mode as it doesn’t capture the hair detail perfectly. Nevertheless, the overall quality of the selfies is excellent and decent which I expect from an OPPO smartphone.

The F11 can record up to 1080p at 30fps, but it doesn’t have any stabilization so I suggest that you use a tripod or you can keep your hands steady instead.

Powering the F11 is the same MediaTek Helio P70 chipset that the F11 Pro has, a 6GB of RAM, and Mali-G72 MP3 graphics. With this configuration, you’ll have a smooth and responsive performance when it comes to daily tasks such as social media browsing, video streaming, file transferring, and even multi-tasking. The fingerprint unlocking only takes less than 0.5 seconds which is fast while I can say that the company mastered its face unlocking technology already based on how accurate it is even in low-light conditions. Check out our benchmark scores below. Gaming-wise, the F11 pretty much can handle games from light-to-heavy graphics at high settings. Games like Mobile Legends and PUBG Mobile run smoothly here especially when you turn on the game optimization in the Game Space app. Asphalt 9 and Honkai Impact 3 pushed the device to the limit as I felt the rise of the temperature at the back of the phone. It didn’t reach a point where it is uncomfortable to hold it, so it’s all good.

The F11 has typical connectivity features like dual-SIM but with a hybrid setup, 4G LTE, WiFi, Bluetooth 5.0, and GPS. I never had problems with using navigation apps such as Waze, Grab, Angkas, and Google Maps as they are pretty accurate. Calls are also loud and crisp which is good. 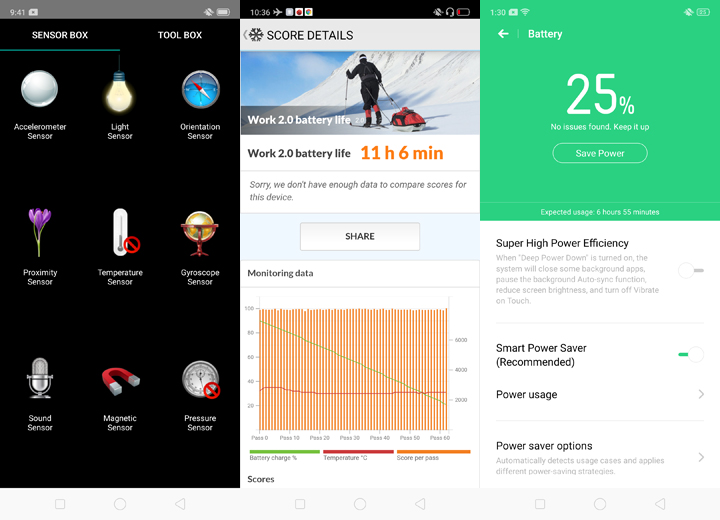 As for its batter performance, the device carries a 4,020mAh battery, 20mAh more than the F11 Pro, but it seems that it makes a significant difference. When tested in the PC Mark battery test, it yielded an 11 Hours and 6 Minutes battery life while our video loop test (1080p movie, 50% brightness, 50% sound, airplane mode, w/ earphones) lasted for 21 Hours and 42 Minutes which is significantly longer than the F11 Pro’s playback time. Charging it from 20% to full charge only took us around 1 Hour and 45 Minutes which is fast thanks to its VOOC 3.0 fast charging technology.

Given that the OPPO F11 almost has the same specs as the F11 Pro, I’d say that I prefer this device over its Pro sibling, especially if I have a limited budget. They both sport the same good viewing experience, performance, camera quality, and battery life. I still have reservations, however, due to its micro USB port, as well as, its inability to produce 4K videos given its camera set up. 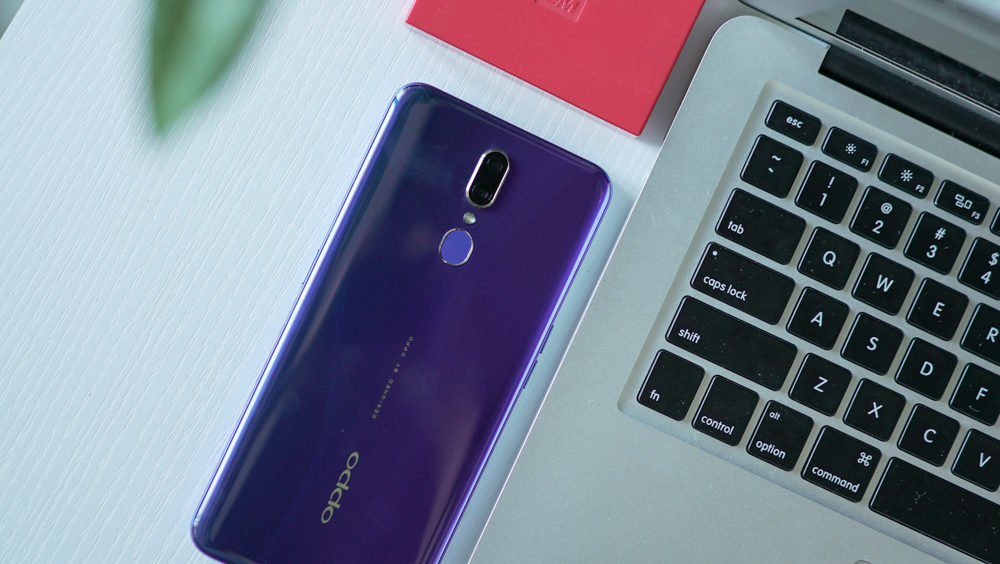 At PHP 15,990, this phone is the better pick if the pop-up camera mechanism of the F11 Pro doesn’t appeal to you. There are still rooms for improvements, but for now, it’s a pretty decent device to consider if you’re looking for a premium mid-range smartphone.

hello! since they basically have the same features, then can i use f11 pro case & tempered glass on my f11 instead? i couldn’t find anything for my phone, the available ones are only for f11 pro. would they fit just the same?

btw, i got mine for only 13k from oppo’s official store in shopee instead of 16k.

No, You cant. You see the pop up camera feature of F11 pro? It is not present in F11 and talking about the tempered F11 pro is a full screen phone while F11 have a waterdrop notch so basically, You can’t use it with F11. I have my case on my phone which I got from a local store in my town for only 180 php, It’s plain matte black case though, Compare to the free jellycase which can be easily get oily.

Oppo F11 is a really interesting smartphone.. 48MP rear camera and the power of Mediatek Helio P70 chipset make it yet more amazing…

My insurance services will replace my malfunctioned phone. they are making me choose between f11 and f11 pro. both no cash out. which phone is better? in terms of specs and battery life. please answer. tia

Well if you want the pop up camera go with the pro, if you don’t, there’s the regular version. There’s even the online version which has 4gb ram from shopee.