Samsung Galaxy S5: Why it impresses and disappoints

Now that Samsung’s flagship phone is out, all the hype is dying down. Some may look at it in marvel and some will just stay put and wait for another company’s flagship phone. Either way, I think I’ve already classified myself as someone in between; I believe that in most ways, the Galaxy S5 underwhelms the hard-core users but manages to spark some attention in me. Let’s start with the disappointments; the Samsung Galaxy S5 didn’t feature a new display as a lot were expecting and Snapdragon 805 & Exynos was nowhere to be found (perhaps, Samsung has learned that the non-LTE Exynos isn’t a huge seller anyway). Not that the display is bad and not that the 801 is slow, but surely it didn’t live up to the hype of most people.

Then there’s Samsung playing with 2GB RAM instead of 3GB, which I don’t really get. Samsung has already incorporated 3GB RAM into their Note line and there have been reports already that they’re moving into 4GB capacities so that’s one downgrade you’ll see if you’re coming from the Note 3. My final disappointment is one that I probably share with a lot of people — Samsung’s use of plastic. They’ve already done it with the Galaxy J so I don’t see why not. They can still incorporate metal without losing the identity of the phone anyway, but more on that later. 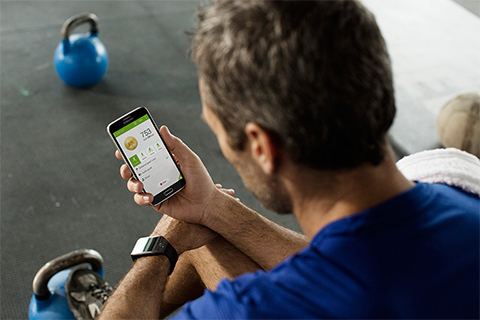 Now let’s begin with the things that I found quite interesting. Everything else has been incremental and that’s fine. Samsung, as a business, has a winning formula in its hands so to simply improve on it is a good business decision. Battery life is surely going to increase because of the higher capacity, the software tweaks and hardware optimization. There’s also the inclusion of the Download Booster which is nice to have and then the 16-megapixel shooter that is capable of 4K video recording and faster time-to-focus. While it’s not using the ISOCELL we were expecting, we can’t really judge as we haven’t tested the sensor yet.

A few elements we could have missed are Samsung’s inclusion of the heart rate monitor, which shows that they are truly serious on pushing fitness as a main feature of their Galaxy line, and their addition of IP67 water & dust resistance and the fingerprint scanner, which eliminates a huge edge that the competition has over Samsung (hint: Sony).

Finally, while the overall design has been disappointing for me, I can still cope up to why Samsung has not left their design ethos. The shape, the pattern and the elements found in the Galaxy S such as the physical home button is brand identity, something we’ve already tackled in the past. Sammy could have seen that many people praised the Galaxy Note 3 for its faux leather back and wished to shift away from glossy plastic but didn’t want to take the full risk of changing things – so they stuck with a finish that’s somewhat similar to the 1st gen Nexus 7’s. While it has been disappointing for me as a geek, it’s something I totally understand in another perspective.

Anyway, it’s the age of increments and small upgrades nowadays, isn’t it? I doubt any successor to a flagship phone will be mind-blowing anytime soon. After all, the supply depends on demand. If you don’t want to see more of it, don’t buy it. Regardless of the Galaxy S5’s impressive feats and disappointments to us, we’re sure that it’s going to ship millions anyway — because aside from hardware and software, it’s experience and marketing that sells.

not that impressive, I think they just holding on to the prestige of the S series, and they will eventually introduce another one.

it doesn’t have to be big to become best, like for example LG G2 has been the talk of the town after it receive global recognition as being dubbed as Smartphone for the year 2013.
more are expect to come from not too big players in the mobile industry.

I watched the presentation on YouTube and it wowed me. I dont really get the point of having phone with metals on it plastic can imitate metal and metal are still coated on other phone not to mention heavier. Samsung use plastic but not just ordinary plastic. I like the design honestly owning xperia or other phone with too much edges give me hand pain after using. A lot of great feature was added that still cannot be matched by other smartphones specially the new amoled. I might grab one when it became available in the Philippines.

what an ugly looking flagship phone.

While the S5 is certainly an impressive fone, I always say every year….wait for the latest Galaxy Note in October.

pinagdaanan na ng apple yan, it eventually came to a point na the design went into a plateau , and incremental specs upgrade. i guess apple this year will change the whole design kasi lalakihan na nila ang screen, while samsung may introduce a new line up na premium :)

Only 7.85 gigs of internal storage

”But recent reports indicate that the Android 4.4 KitKat operating system on Samsung devices now implements a protocol, which limits the functionality of third-party apps on microSD cards.”

Or MAYBE Samsung is saving the best for last…

They will incorporate cool new mind-blowing features, but only with Tizen phones

Just wait for the Galaxy F Line… That would would be their premium built line. I think they will announce it within this year at IFA. Most mobile phone manufacturer are focus on hardware side. Hardware side is good buy they must also consider the looks of their flagship phone. We need a good battery life like 4000mah battery and aluminum unibody or carbon fiber body with ip58 certification.

So where’s the “Design 3.0” stuff they’re talking about? lol. And they could’ve just made a non-IP67 variant to lower down those freaking dimensions.

S5 didn’t really impress much. It kept me thinking that maybe it never really meant to. Maybe Samsung is just gonna use Galaxy S series from now on to keep competition at bay while they are going to introduce a new high end series that holds new innovations.