This is the LG G4, revealed in Spigen cases

This is the LG G4, revealed in Spigen cases

If you’re waiting for the next LG flagship phone or at least how it’s going to look like, then wait no more as Spigen‘s case lineup for the LG G4 reveals the official design of the smartphone. 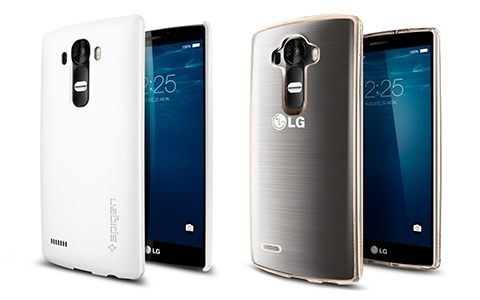 As you can see above, the LG G4 follows almost the same design language employed by the LG G3. The speaker, the laser autofocus, the flash, the camera and all the buttons are still on the back, and the finish still looks like brushed aluminum (whether or not this is plastic is still unknown). Also, the body looks a lot more curved, and the corners are noticeably sharper.

Spigen told us that the following renders above and the ones found on their website aren’t final as little modifications can still happen – but these are definitely close to the final version.