Xiaomi’s on a roll in the Philippines ever since its return to the market with the launch of good devices with very competitive prices. They continue that trend with their newest offering, the Redmi Note 5. Is this the smartphone to beat in the mid-range category? Find out in our full review. 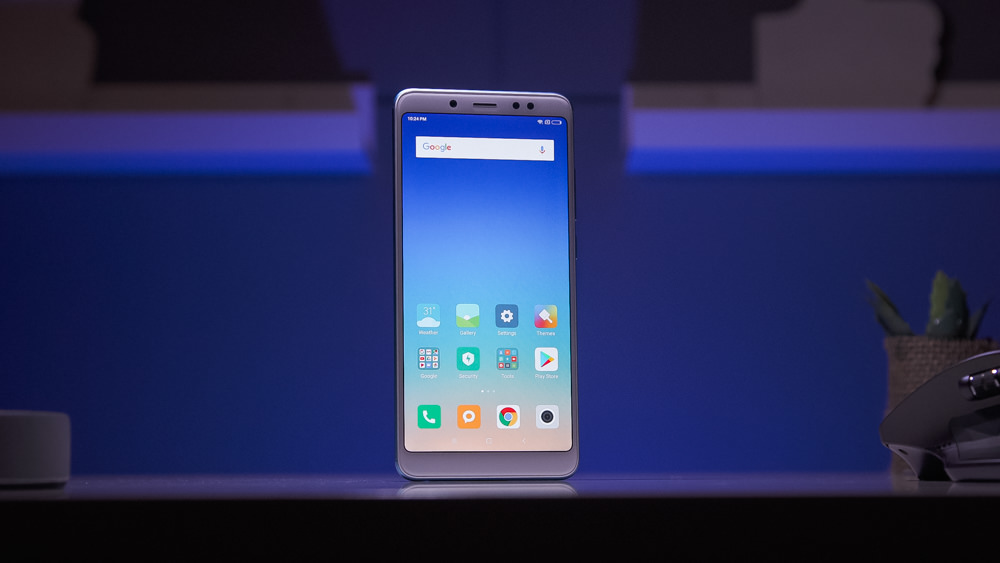 One of the first things you’ll notice about the Xiaomi Redmi Note 5 is its display with 18:9 aspect ratio and slim top and bottom bezels, which is a design that is starting to become common in smartphones nowadays, aside from the notch. The front is covered with 2.5D Gorilla Glass. Also found here are the 13MP front camera, sensors, and LED flash. There are no capacitive buttons at the bottom as navigation is done on-screen. 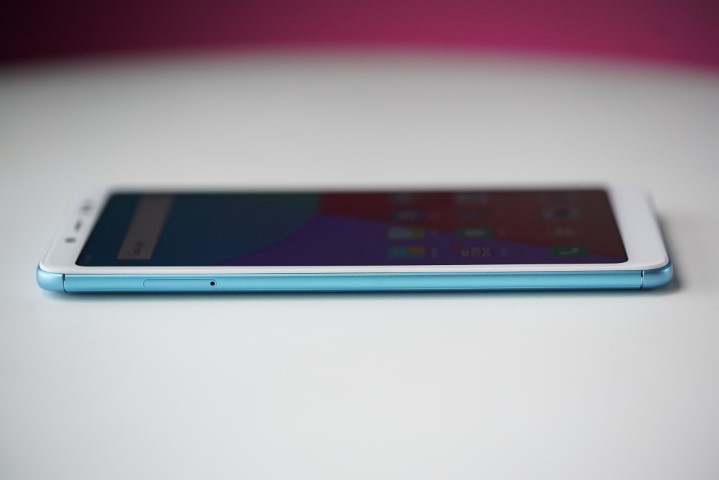 The nano-SIM tray is located on the left side. It’s a hybrid setup so it’s quite a bummer considering that some of its competitors have a dedicated a microSD card slot. The volume and power/lock buttons are on the right. They’re metallic, solid, doesn’t rattle, and very clicky which is nice. 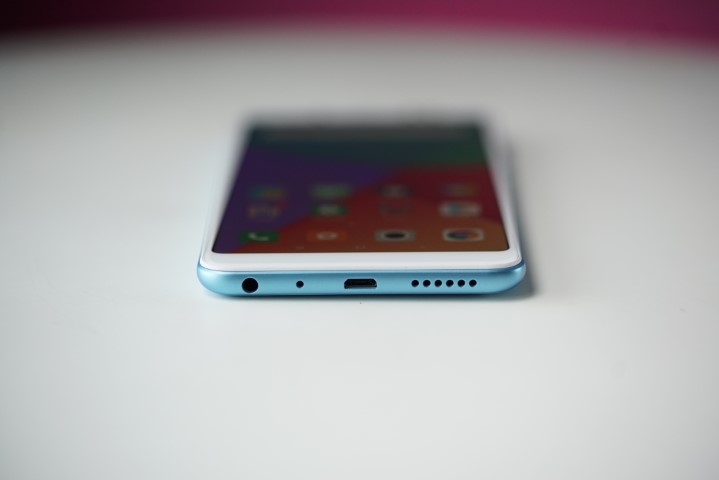 Up top are the secondary microphone and IR blaster. Down below are the 3.5mm audio port, main microphone, loudspeaker, and micro USB port. It would have been nicer to have a USB Type-C. At the back are the dual rear cameras and the fingerprint scanner. Since the camera module is protruding, it’s uneven when laid on a flat surface like a table. It also makes us worry that it’s going to get scraped in the long run, but good thing Xiaomi included a jelly case in the package to protect the device. 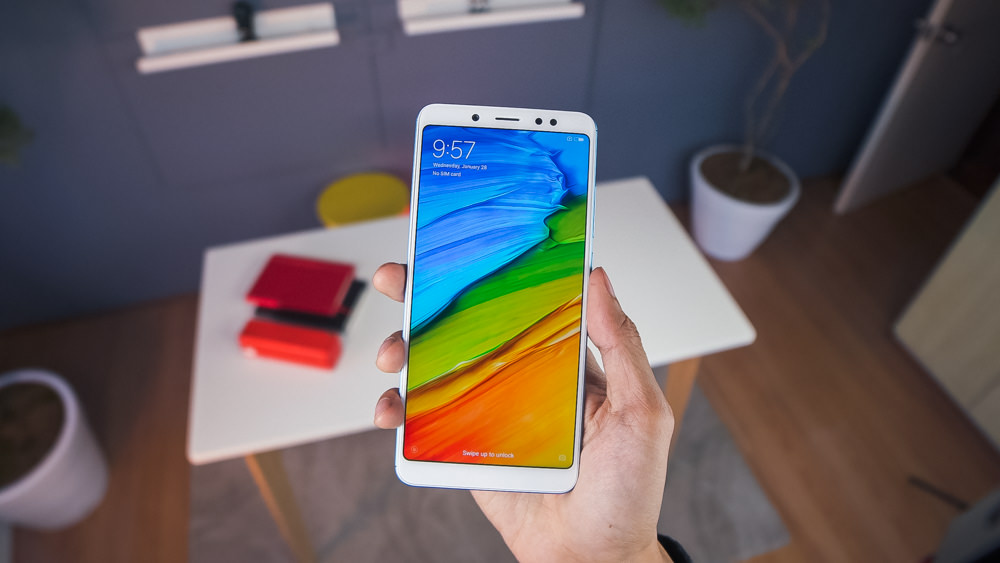 In the hands, the Redmi Note 5 feels nice. Definitely tall, but narrow enough to be gripped with one hand. The rear is made of metal with a matte finish and repels fingerprints and smudges very well. The left and right sides taper towards the edges so it makes the device feel slimmer and more comfortable to hold. The Redmi Note 5 is equipped with a 5.99-inch IPS screen with Full HD+ resolution (2160 x 1080) or equal to 403ppi which is a good resolution for a screen of this size. Text and images are sharp, it has nice colors and viewing angles, and can produce enough brightness for outdoor use. 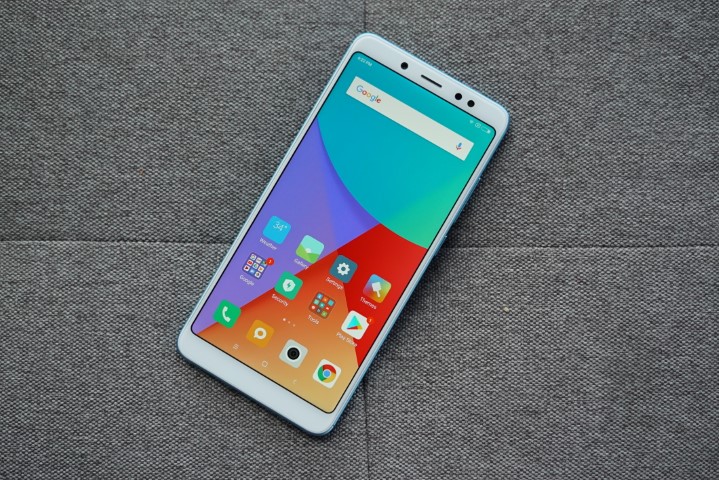 You can also adjust colors and contrast inside settings. For colors, you can pick either Warm, Standard, or Cool. For contrast, there’s an Automatic contrast which is an optimized contrast depending on the available light, Increased, and Standard. Other features include Reading mode and Double tap screen to wake. 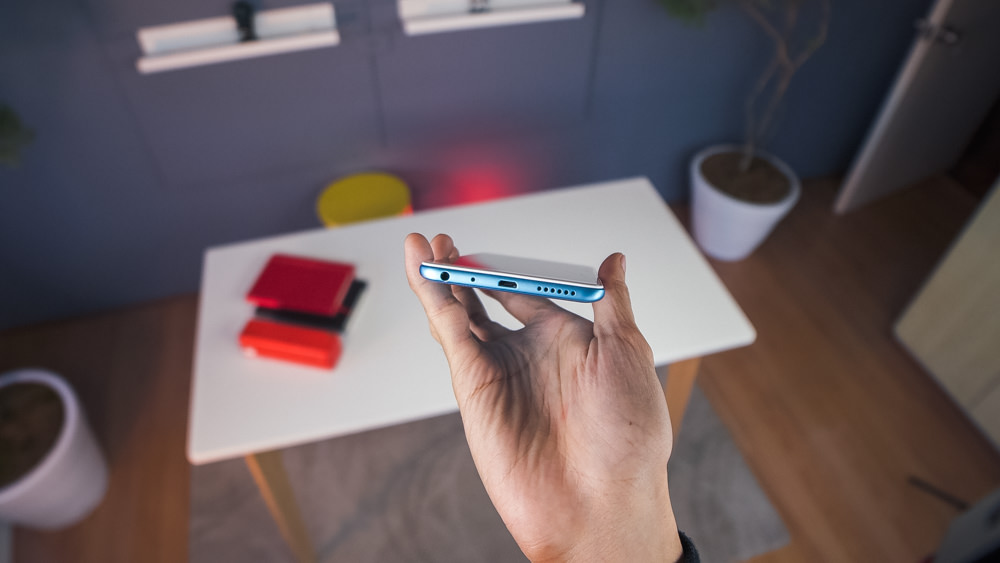 When it comes to audio, the sound comes from a single speaker at the bottom. It’s loud with crisp trebles but, like with most smartphones in its class, doesn’t have bass. On the bright side, it’s good enough for hands-free voice calls or casual listening to Spotify or YouTube.

The Redmi Note 5 uses a dual-rear camera setup consisting of a 12MP primary and 5MP secondary. Features include HDR, HHT (Hand-held Twilight), Beautify, Panorama, Portrait, and Manual Mode. The 13MP front camera, on the other hand, has the same features except for HHT, but with the addition of Gender and Age mode. 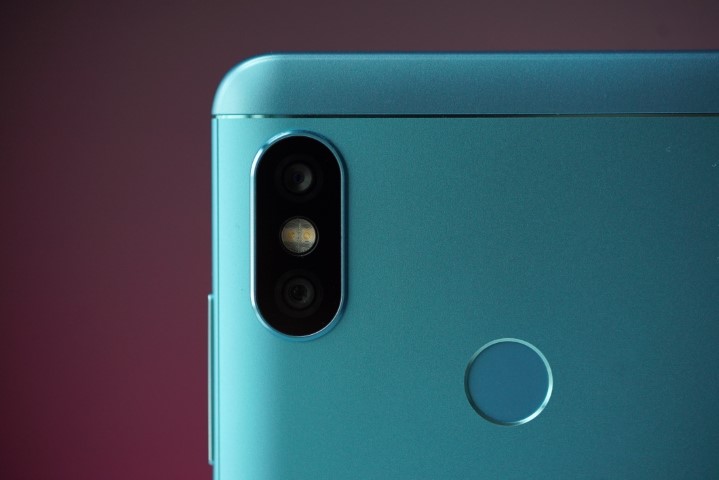 We were impressed by its performance as autofocus is fast and had no problems locking on the subject whether it’s landscape, portrait, or macro. The quality it produces is also something that you won’t normally see in a phone of this price. Images have plenty of detail with vibrant colors and can handle shots against the light or in dim environments. It’s a different scenario when it comes to low-light as noise easily creeps in. 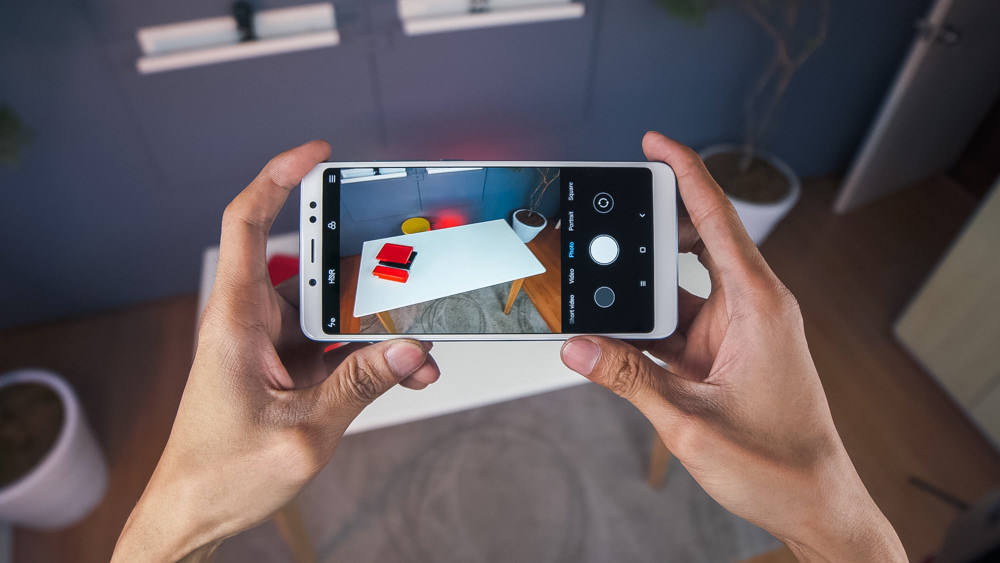 For the front camera, it works best when there’s plenty of light. The beautify effect is ok as well and focuses more on smoothing out the wrinkles and pores. You can also manually make your face slender or have bigger eyes. There’s no auto beautify like the ones you can see on Vivo or OPPO smartphones. Like with the rear camera, it doesn’t perform well in low light as it is smudgy. There’s an LED light but doesn’t help that much and is more useful as a fill light.

It doesn’t offer anything groundbreaking in terms of depth effect, and just like other phones with this feature, it looks artificial and requires you to put a good distance between the subject and the background. It’s not perfect but we’re getting nice results on it even with ordinary objects as long as you get the angle and the background right.

When it comes to video recording, the Redmi Note 5 maxes out at Full HD resolution at 30fps. Quality is as good as the photos but what we liked the most is that it has video stabilization to keep our shots almost shake-free. Watch our sample below.

Running the software is MIUI 9.5 based on Android 8.1 Oreo. This is a global ROM so you’re getting the full Google package including Play Store and its usual apps. 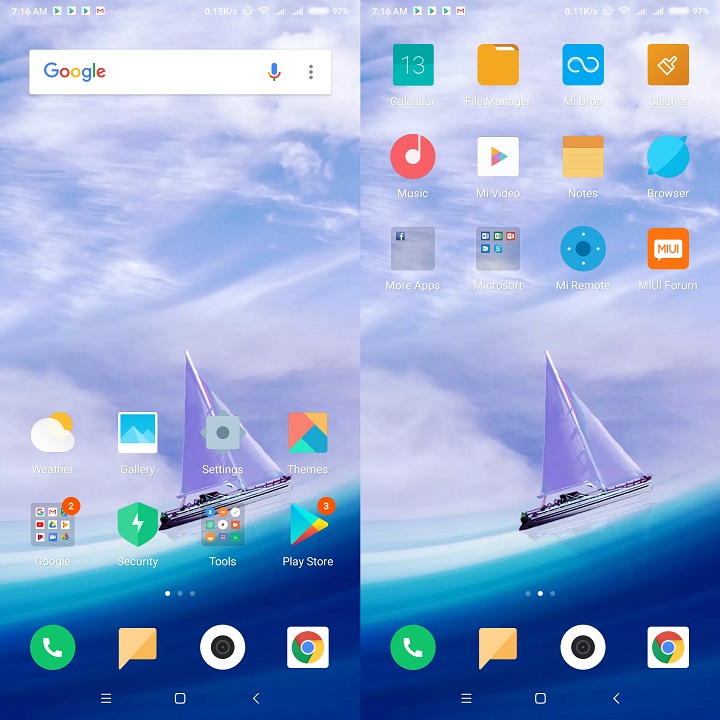 The MIUI is a clean and simple interface that uses multiple home screens to house the apps. System navigation is done via on-screen buttons but users can also opt for full-screen gestures. Split screen is also supported which is great for a screen of this size. 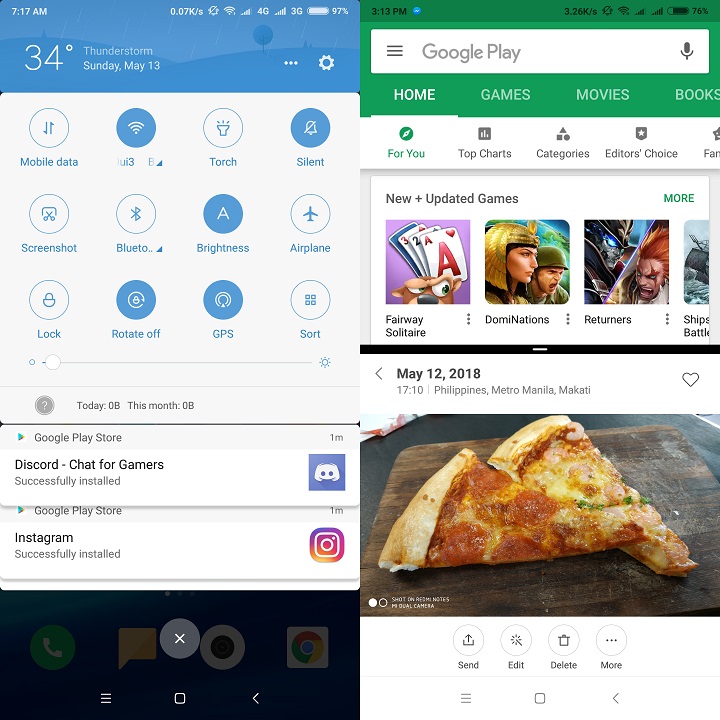 It has its own system cleaner which removes junk files, Game speed booster, dual apps which can duplicate almost all the apps you have installed so you can use dual accounts, Second Space which lets you create a separate space on your phone for privacy, Mi Drop for wireless file sharing, and Mi Remote which we like using on our TVs at home. What’s missing though is Face Unlock but we hope it gets it in the next firmware update. Pre-installed apps are present which include those from Google. Microsoft has also made its way here with its Office apps including Outlook and Skype. Storage-wise you’re getting 50.44GB of usable space out of the 64GB which is not bad. You can expand it via USB OTG or microSD up to 256GB capacity.

Powering the Redmi Note 5 is a Qualcomm Snapdragon 636 octa-core chipset clocked at 1.8GHz, Adreno 509 GPU, and 4GB LPDDR4X RAM. The same configuration found on the ASUS ZenFone 5 (ZE620KL). As expected, performance is smooth, apps launch fast, the fingerprint scanner is responsive, and can handle games like PUBG Mobile in Smooth and Medium graphics settings, Tekken, and HIT. 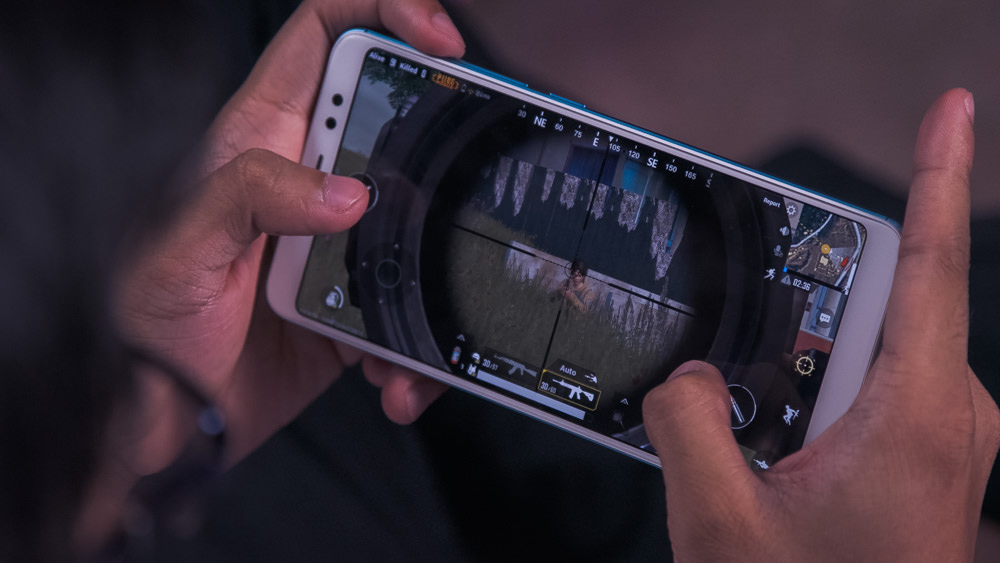 We’re also surprised that the device didn’t heat up as much as expected when playing games or charging. This can be attributed to the inclusion of dual graphene sheet that helps reduce device temperature. We’re not going to dive into the technicalities but we’re glad it works. Check out the benchmarks below. 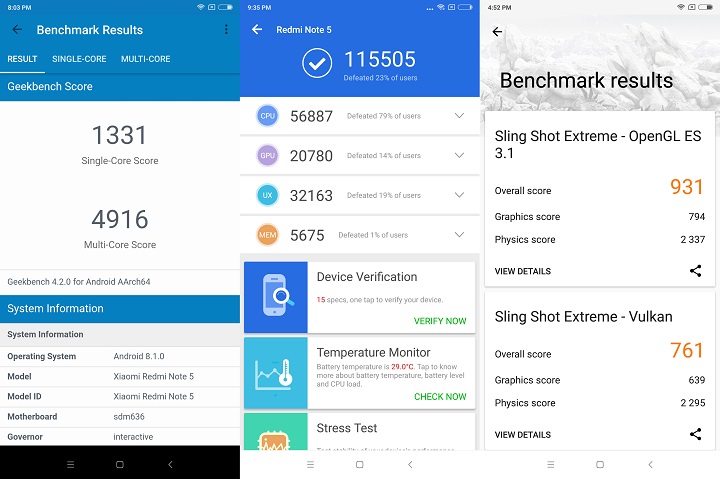 The Redmi Note 5 has 4G LTE, WiFi, Bluetooth 5.0, and GPS. So far these connectivity features work well and have provided us with clear calls, fast mobile data, and accurate location using apps like Google Maps, Waze, and Grab. 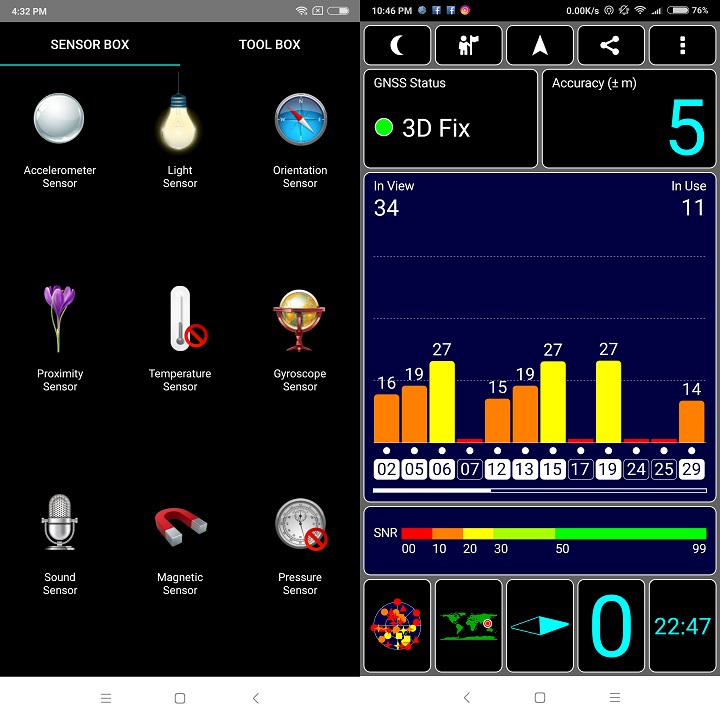 Battery life is impressive thanks to the 4,000mAh battery. It can get us through a whole day with a little left for the next day using it for mobile photography, WiFi and mobile data, heavy social media and some gaming. Using our video loop test which involves playing a 1080p video in a loop at 50% brightness and volume with headset plugged in, got us 23 hours of playback. Fast charging can replenish the battery in just 2 hours and 30 minutes.

Note: PC Mark battery test keeps crashing. We’ll update this post once we got it working.

In an open letter, Xiaomi Founder, Chairman and CEO Lei Jun said that their mission is to “build amazing products with honest prices.” Looks like it’s a good formula as the Redmi Note 5 offers good mid-range specs like the large high-resolution screen, Snapdragon 636 chipset, great battery life, and premium build, all for just Php11,990. This is certainly not the best mid-range smartphone in the market though, as there are better devices out there if you have the budget. But if you’re looking for the best bang-for-the-buck, this is it. 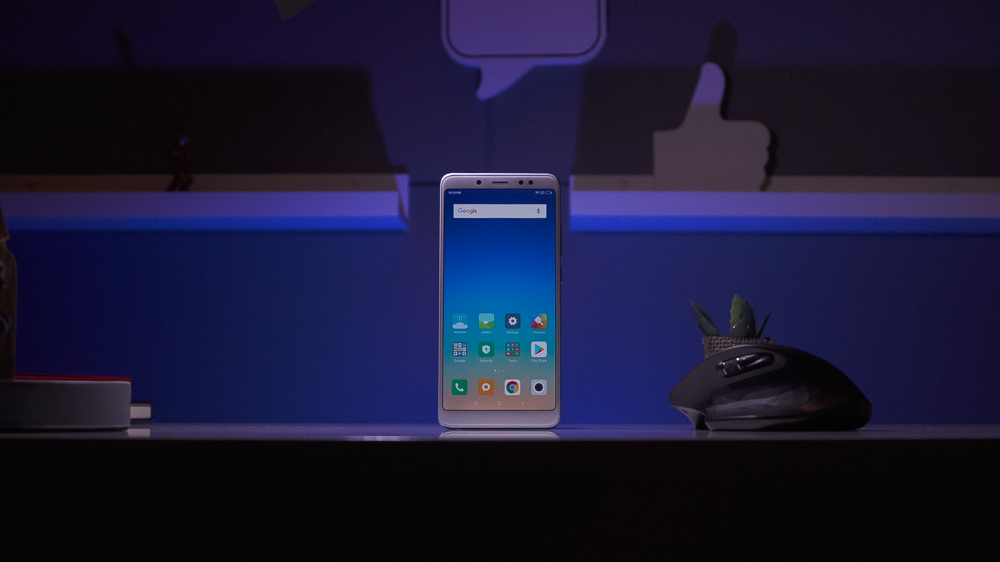 What we didn’t:
* No USB Type-C
* No dedicated microSD card slot
* No 4K video recording