Epic Games has recently revealed the first look at its latest creation, the MetaHuman Creator – a browser-based app that empowers game developers and creators of real-time 3D content to build digital humans in less than an hour while keeping the highest level of quality. 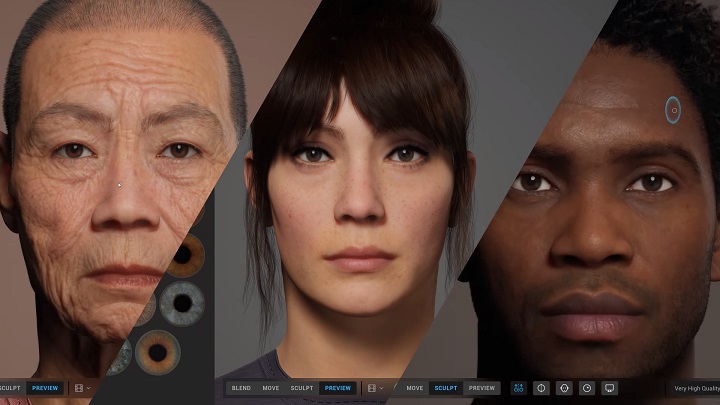 MetaHuman Creator runs in the cloud via Unreal Engine Pixel Streaming. Aside from speeding up the complex process of digital human creation, it also lets teams of all shapes and sizes more easily scale and make numerous types of characters to meet the demands of next-gen platforms and high-end virtual production. Vladimir Mastilovic, the VP of Digital Humans Technology at Epic Games, identified the initial process as simple as playing a game, with no programming knowledge required as developers create and sculpt their digital actors within minutes. Moreover, MetaHuman Creator enables manipulating facial features, adjusting skin complexion, and selecting from preset body types, hairstyles, clothing, and more. Watch the video below for a sneak peek at the MetaHuman Creator.

Meanwhile, Epic Games acknowledged 3Lateral and Cubic Motion, which have led the field in creating performance capture-driven 4D animation. It has also proudly declared that the said companies are now part of the Epic Games family. Along with the Unreal Engine team, they are working on delivering cutting-edge character research to MetaHuman Creator.