After Team USA’s defeat against France in Olympic basketball, Toyota’s CUE3 robot rolls in during half-time scoring himself some baskets. 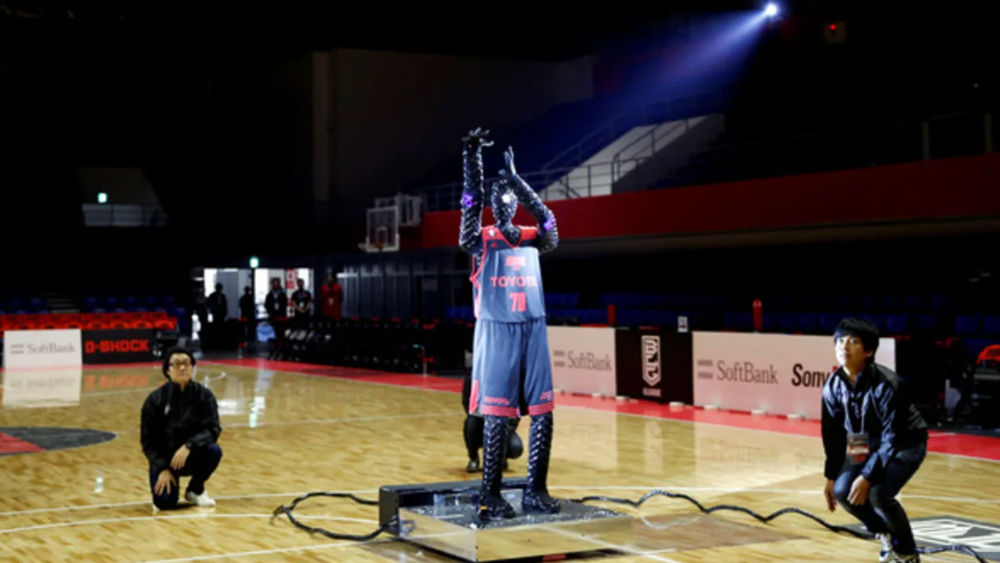 Image from the Olympics 2020

The free throwing robot is a CUE line of robots developed by Toyota. The first line appeared in 2018, while in 2019 the CUE3 set a Guinness World Record of the most consecutive basketball free throws by an assisted humanoid robot.

Robots are taking free throws at the #TokyoOlympics.

The evolution of the CUE robot started with the original CUE, which then extended to CUE2 and CUE3, having shirt numbers 70, 92, and 93, respectively. The number 70 was used to commemorate the 70th anniversary of the Toyota Engineering Societ Development period. The first CUE robot line was only able to score baskets within the free-throw area, while the latest CUE3 features adjustable shooting distance and trajectory while being able to receive the ball with his left hand—hence capability of shooting from the midcourt line.