As the old adage goes, if there’s a will, there’s a way. That was certainly the case as fixers adapt to the new online NBI Clearance application as they now come equipped with wireless hotspots and tablets and are ready to take payments from non-tech savvy citizens who wants to process an NBI Clearance. The National Bureau of Investigation (NBI) cracked down on this new modus operandi and arrested these fixers who are asking Php50 fee from unsuspecting victim to have their NBI Clearance application processed. Do note that the new online application for NBI clearance is free of charge as stated on our previous report.

To be frank though, it isn’t all that hard for the NBI to identify these fixers considering that most of them are just staying in front of the NBI compound, complete with their own signage and are actively calling out potential customers. 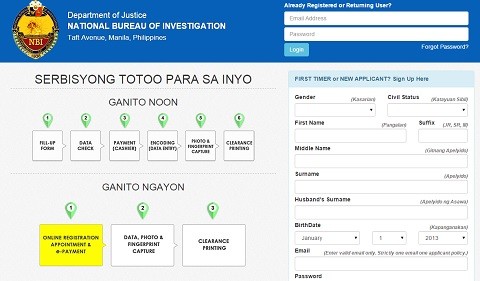 In their defense, the vendors claim that they are not fixers and stated that they are just helping out NBI clearance applicants by offering their “service”. They also claim that they were only asking for a fee to cover for their expenses such as paying for mobile internet that enables them to “help” applicants.

NBI spokesman Nick Suarez reiterated that the new online process is free for all and that the agency is offering free Wi-Fi access inside the NBI facilities. He added that computers are also available inside the NBI compound which eliminates the need for applicants to resort to fixers.