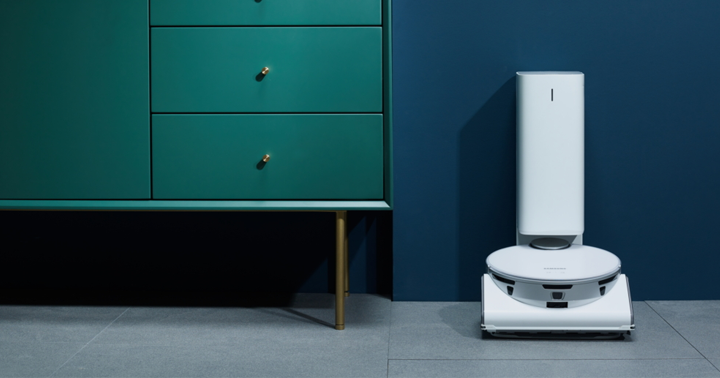 According to Samsung, the Jet Bot AI+ comes with an active stereo-type 3D sensor, which accurately scans a wide area to avoid small, hard-to-detect objects on the floor. Its 3D depth camera, which is equivalent to 256,000 distance sensors, can detect objects as small as 1cm. 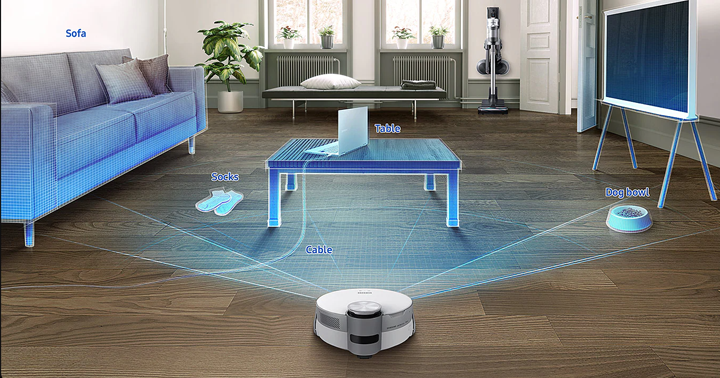 The Jet Bot AI+ is equipped with an Intel AI solution, which powers its Jet Object Recognition technology. The smart solution allows the robot to navigate with more accuracy by recognizing objects, appliances, and furniture. It can classify items such as pet excrements, glass cups, and electrical cables as dangerous to avoid them at a safe distance. In addition, the Jet Bot AI+ is equipped with a LiDAR Sensor that calculates its location precisely to optimize the cleaning path by repeatedly scanning the room to gather distance information. This technology works as well in dark areas covering larger areas with minimal blind spots. The Jet Bot AI+ is equipped with a Digital Inverter Motor that maximizes the suction power for a deep clean. And with its Intelligent Power Control function, the vacuum can identify the type of surface it needs to clean and how much dust is on it to adjust its suction power accordingly. Its Clean Station is advertised to collect dirt and hair in a 2.5L dust bag which only needs to be replaced once every one to three months. After cleaning, the vacuum will automatically return to the Clean station and empty itself using Air Pulse technology and its multi-layered filtration system. 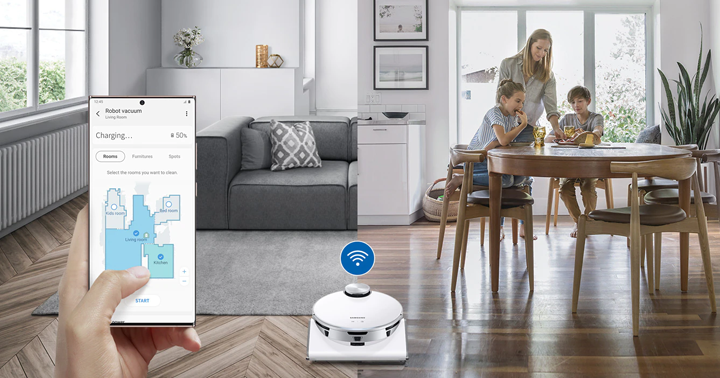 Users can control and monitor the Jet Bot AI+ using the SmartThings app. The vacuum can be scheduled to clean selectively in either a single room or multiple rooms with the Select & Go function. The app can also be used to custom-define virtual No-Go Zones to prevent the unit from entering certain areas without physical barriers. Additionally, the robot also offers Bixby voice recognition capabilities, meaning users can use voice commands to schedule cleaning sessions, change modes or even ask for information about the news or weather.

With its Live Cleaning Report, users can track their Jet Bot AI+ movement on a virtual map of their homes in real-time. Its Patrol Mode uses the vacuums front camera to live stream video images through the SmartThings app—allowing the users to monitor the status of the rooms. Moreover, SmartThings Pet service will sync with PETKIT products that integrate petcare into the user’s smart home ecosystem.

The Jet Bot AI+ is priced at USD 1,299 and is available to pre-order on Samsung’s American website. It will be available in the Latin American, Southeast Asian, and CIS regions during the second half of 2021.