Announced in the Philippines just last February along with other Republic of Gamers laptop, ASUS has sent over its ROG Strix GL702VM gaming rig that aims to combine portability with enough power to play resource-intensive games wherever you are. It packs a 17.3-inch 4K display, an Intel i7 processor, NVIDIA’s GTX 1060 GPU, and 16GB of RAM. 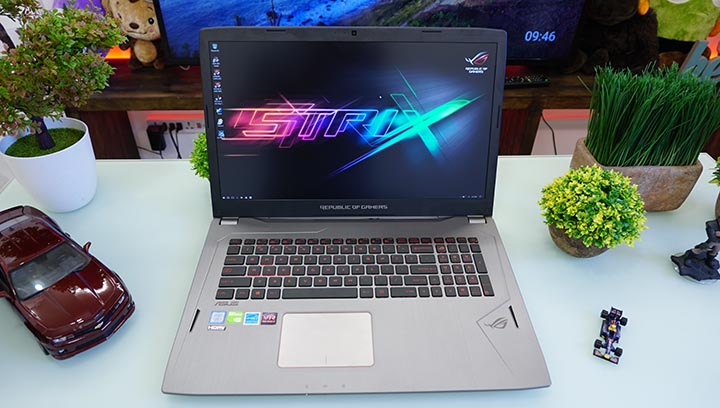 Just like the other gaming laptops that the GL702 launched with, it has a large 17.3-inch display so users can fully enjoy gaming on-the-go. Although, this unit is equipped with a 4K resolution. The bezels are not that thick compared to their other offerings and have an overall darker hue compared to its silver chassis. 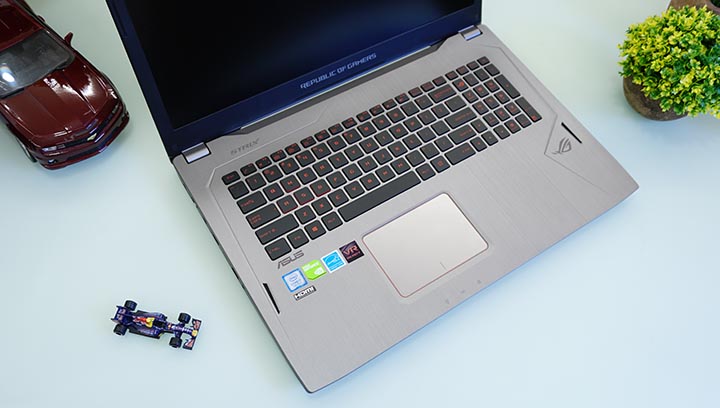 Its body is made mainly of aluminum which feels solid and could handle the beatings of bringing it around. It also has selected plastic parts and a hint of orange hues for highlights. The GL702 also boasts an anti-ghosting keyboard which should translate each press into input especially when playing games.

Each key is also back-lit to help when used in dark places and the WASD keys are marked to stand out. They do allow fast typing and almost feels like having a full-sized keyboard. 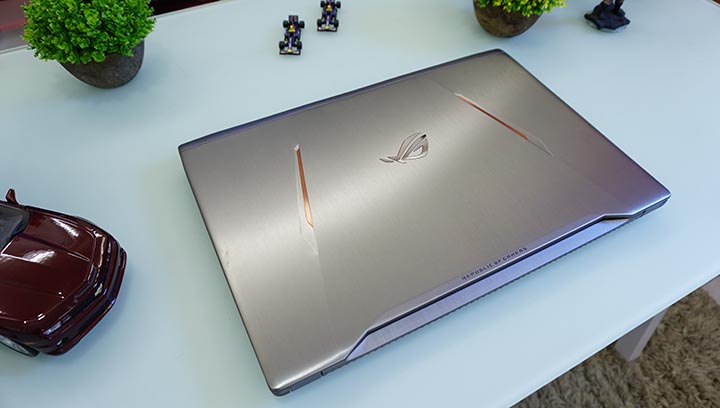 When you close the lid, accents that were commonly seen on ROG laptops also made their way here including the sharp corners of its form factor, the strip of colored highlights, and of course, the ROG badge stamped proudly in the middle. 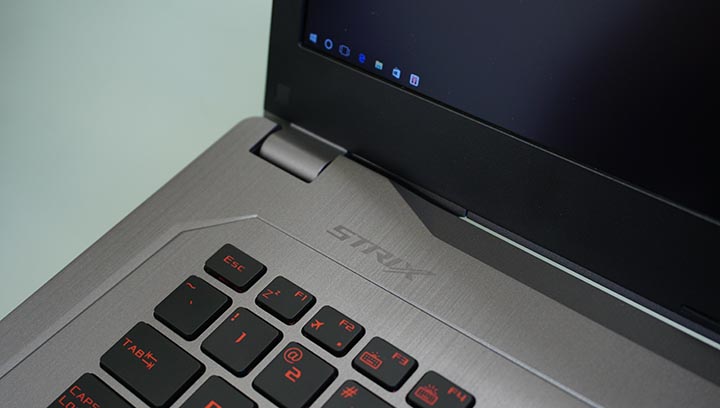 The accents make their way to the main body as well. Here, we see the brushed metal chassis given a bit of character with a single line that slightly makes things a little less boring, aesthetically. 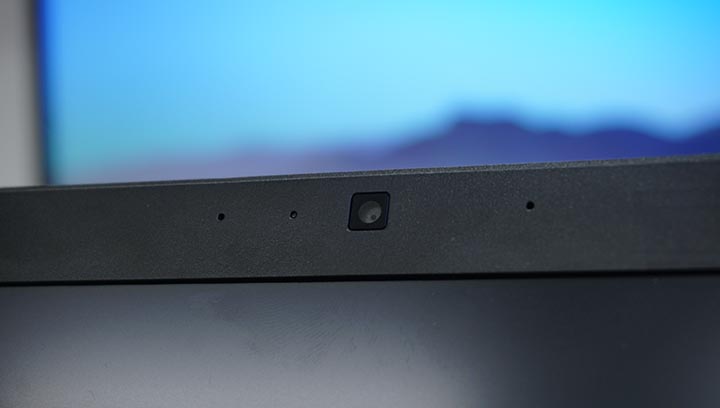 As usual, we have the HD webcam situated at the top and comes with an array mic for successful video calls. 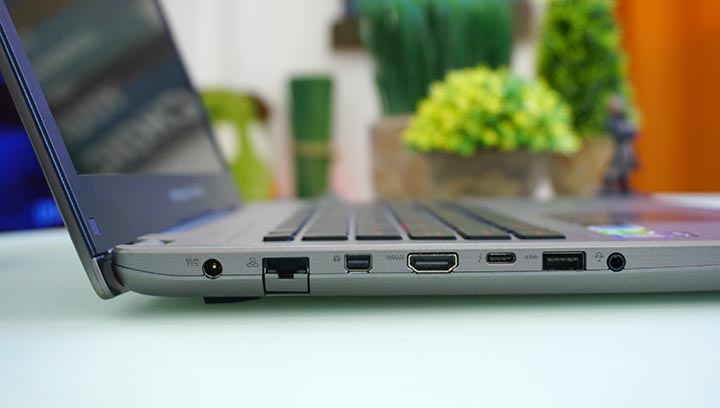 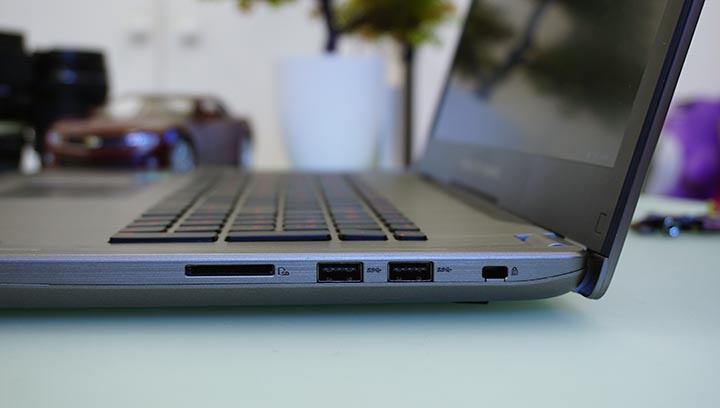 Meanwhile, on the other end, there’s the memory card reader, two additional USB 3.0 ports, and the Kensington lock. 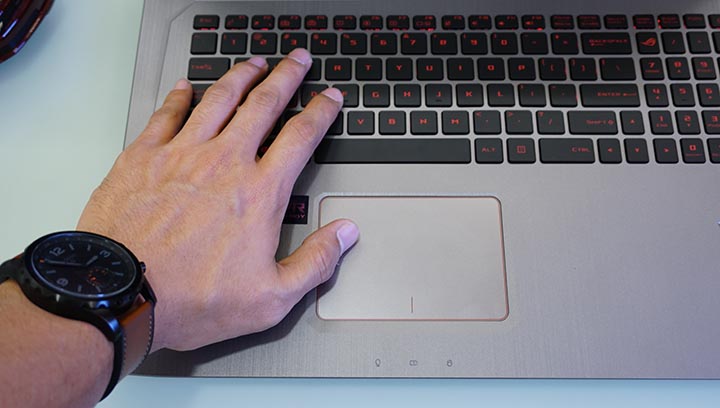 Its trackpad has enough space for your fingers to go around and navigate the computer. Although, we found some unneeded space to its right side for the palm rest. It could be the placement of the internals in its chassis but there’s just too much empty area going on in our opinion.

The entire laptop is sizeable but not hefty to bring around. At 2.7kg, it actually undercuts a few models in its caliber so that’s a commendable thing. 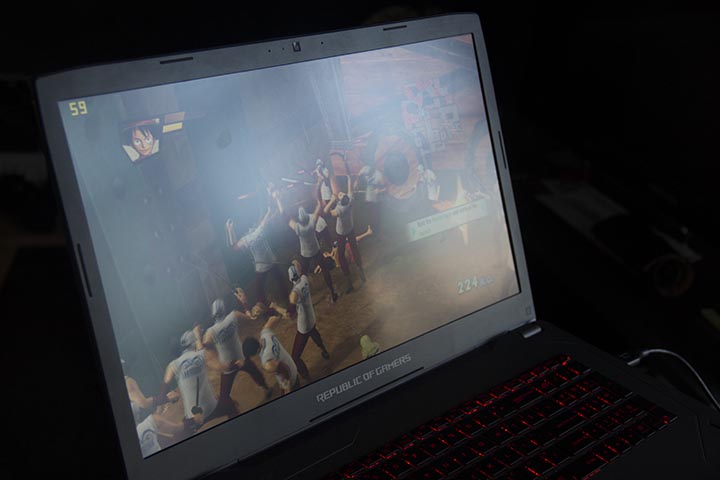 As we’ve mentioned earlier, the GL702 is fitted with a 4K screen with a resolution of 3840 x 2160. With that said, details are crisp and playing games on its highest settings is an immersive experience more so when done in the dark with headphones on. The display is also anti-glare that works decently when gaming outdoors — there is still recognizable glare from the sun but we could still see the image through it. 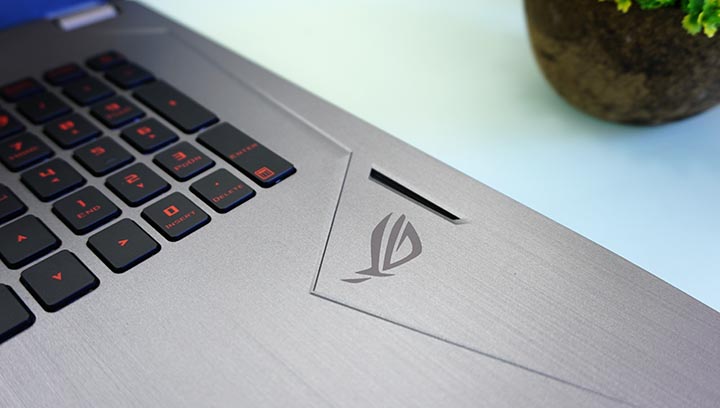 The dual speakers are where they’re always at. Placed at both ends, they provide a balanced sound and could produce a loud volume that could easily fill up a small room. Quality is decent but not excellent. It could go loud but still not enough to replicate a surround performance. Although that may be the case, we still think ASUS has stuffed the GL702 with impressive speakers.

The GL702 runs on Windows 10 Pro 64-bit and is pre-installed with apps like ASUS Sonic Suite, ASUS Splendid, GameFirst IV, and XSplit Gamecaster, to name a few. As with other gaming laptops of ASUS ROG, this rig has the Gaming Center where you see important details like the device information, temperature and memory data. This hub also allows you to tweak the CPU and GPU should you find the need to squeeze every ounce of performance. Gaming Center is also your gateway for other software utilities like Sonic Radar, Sonic Studio, as well as key and lighting configurations. 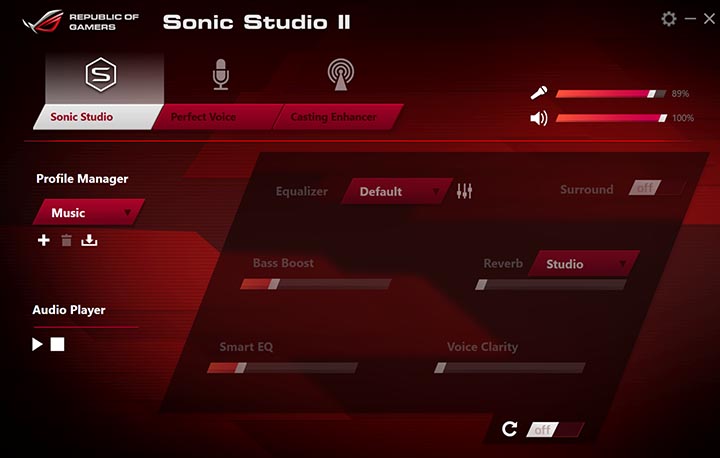 Storage is taken care of by a 128GB SATA3 SSD where the OS is installed to load and boot the laptop faster. As for your files, a spacious 1TB HDD is onboard.

The ROG G752VS is powered by an Intel Core i7 770HQ CPU, 16GB DDR4 RAM, and the capable NVIDIA GeForce GTX 1060 w/ 6GB GDDR5 VRAM. It generally runs fluidly when we use it for editing photos and videos using Adobe software. We also played some games on it namely One Piece Pirate Warriors 3, Fallout 4, Shadow Warrior 2, and Watch Dogs 2. 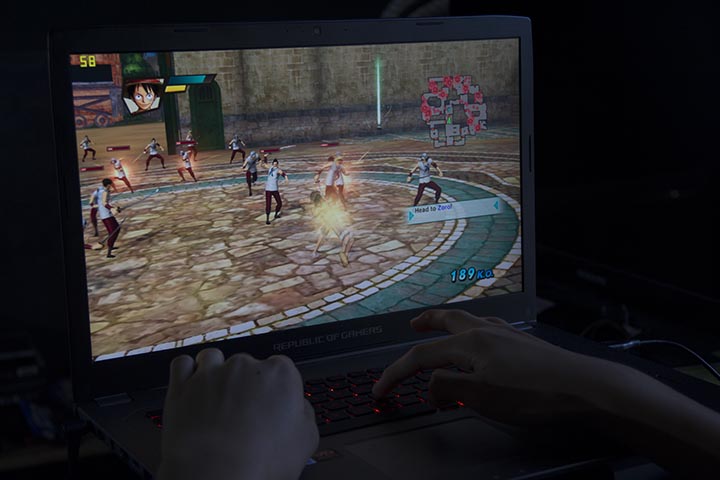 It handled the first three games decently — with good detail and satisfactory frame rate, but when we maxed out the resolution in Watch Dogs 2, that’s when we pushed it to the limit. Gameplay became jittery and frame rate dropped for as low as 4fps. Although when held back to Full HD resolution in High Settings, things eased up for the GL702VM.

The laptop packs in a 4-cell with 76 Whrs battery and upon subjecting to our usual video loop test, it lasted for 3 hours and 59 minutes which is at the same range of gaming laptops with Full HD display. That said, it’s still on the positive end of the spectrum since the batteries power a 4K resolution display, among other things. ASUS continues to perform a nice work on the material and design of its GL702VM. If we had to nitpick, we think the palm rest is a tad big for our liking but overall quality is top notch. Its 17.3-inch display which carries a 4K resolution panel is a joy to play or watch on and its dual speakers can really deliver loud volume.

Its anti-glare display effectively lessens the reflected light on the display but doesn’t eliminate it. It handles gaming decently, but it still gives up on heavy games with their settings maxed out. We also appreciated its 4-hour battery life considering the kind of specs it runs.

The ASUS ROG Strix GL702VM is priced at Php119,995 and comes with 2 years of global warranty and a bundle of SICA mouse, ROG gaming backpack, and Cerberus gaming headset.