At ISSCC (IEEE International Solid-State Circuits Conference) in San Francisco, USA, Intel unveiled their prototype for a discrete GPU.  From the looks of it, the semiconductor giant is moving to enter the discrete GPU space with their own upcoming technology. 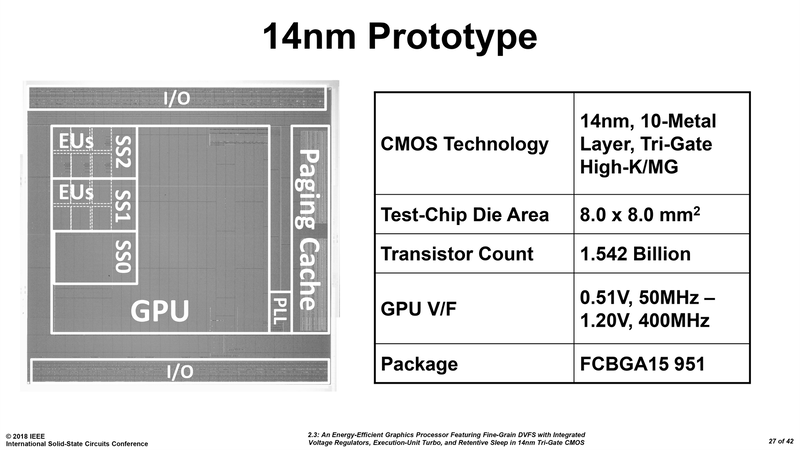 Reinforcing this is the fact that back in November of last year, the company had hired Raja Koduri as Chief Architect and Senior VP of Core and Visual Computing Group. For those not familiar, prior to being hired by Intel, Koduri served the same position over at competing AMD’s Radeon Technologies Group. 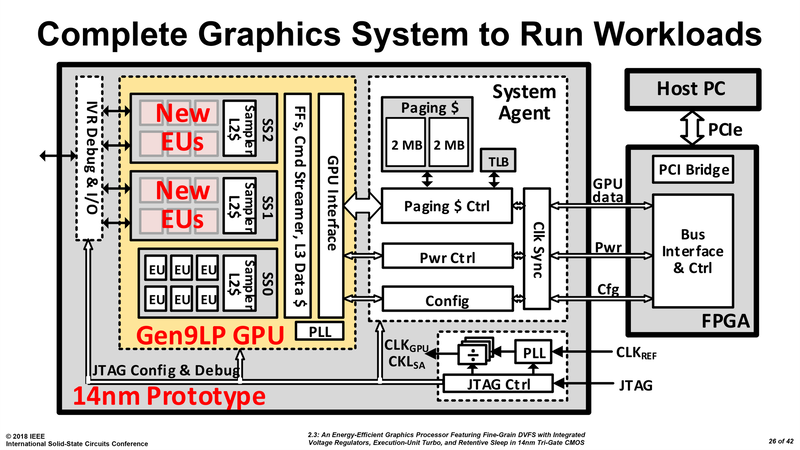 Courtesy of Hirofumi Goto from PC Watch, the slides show that as of now, it is proof of concept. The prototype architecture is based on Intel’s Graphics Gen9 generation, utilized by Skylake onwards. The implementation is low power, it will follow the 14nm fab process, have a die size of 8x8mm, and have 1.5 billion transistors.

Higher end GPUs do have much more to offer in terms of raw numbers, which equates to raw performance, but this could indicate that Intel is starting from the bottom.

Overall, this is exciting news because if Intel keeps moving forward on this, they could potentially position themselves as a third player in the GPU/graphics card segment, alongside NVIDIA and AMD/Radeon.