We expect a lot of Windows 8 tablet to be introduced in CES 2013 next month and one of them could be this Windows 8 powered tablet slider from LG. And though we don’t think LG would enter the PC market in the Philippines, this LG H160 tablet still looks pretty interesting. 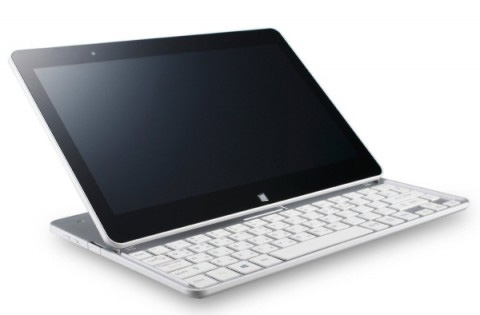 LG will be using an Intel Atom Z2760 Clover Trail processor, 2GB of RAM and 64GB of SSD into this model. It’s a bit disappointing though that this is all they can offer on a Windows 8 tablet that will have a price tag of $1,395. Of course, the other Windows 8 tablets from Asus and Samsung that have similar configurations are also in the $1k range.

Of course, it has the usual WiFi, Bluetooth connectivity as well as USB, micro-HDMI, micro-SD card slot. The only redeeming feature we think this has is the 12.5 hours promised battery life (thanks to the low-power Atom processor).