Hands-on with the HTC Re action camera

Hands-on with the HTC Re action camera

Announced back in October 2014 along with the HTC Desire Eye, the HTC Re is the Taiwanese company’s very first foray into the action cam market. We bought a review unit last month while flying thru Hong Kong International Airport.

This week-end, we managed to test it out during our trip to Puerto Galera for the Malasimbo Music Festival. Unlike the popular Go Pro Hero action cam, the HTC Re was designed from the ground up with a unique form factor and design construction. The Re camera is shaped like a nebulizer or a smoking pipe that looks liked an L-shaped tube.

This allows the camera to freely stand on its own on a flat surface and the longer end of the tube allows for a comfortable grip with one hand. 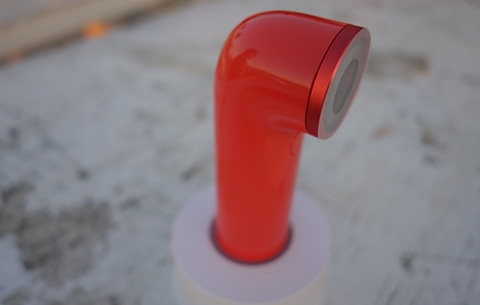 The body is mostly made from hard polycarbonate material with a glossy finish and a bit of metal frame around the camera lens. The back of the neck (curved side) has a large silver button that serves as the dedicated shutter.

LED lights and beep sounds help in indicating if the camera recording or not. 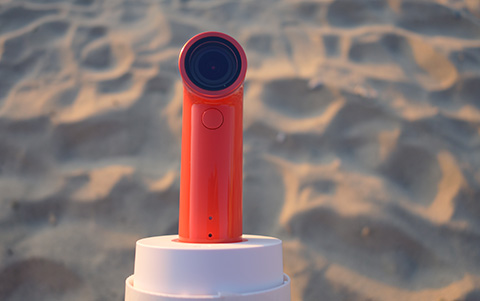 The HTC Re is equipped with a 1/2.3-inch CMOS sensor made by Sony that has a 16-megapixel resolution. It’s paired with a wide-angle lens with a f/2.8 aperture and up to 146-degree field of view but normal mode is just 100 degrees.

This is lower than the 170-degree field of view on the Go Pro which gives that fish-eye effect (barrel distortion). The HTC Re still has some slight distortion but not in the same degree as the GoPro so photos still look normal and not too distorted. Unlike the GoPro, the HTC Re is easier and more comfortable to hold on its own — no need to attach a grip or handle due to the design.

A single quick press on the shutter takes care of shooting stills while a long press will activate video recording.

What’s really cool about it is that the device has a grip sensor which wakes up the camera once you hold it and puts it into sleep when you let go (after 30 seconds). This helps save battery life. 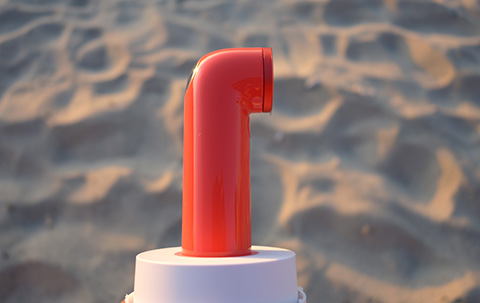 It’s best to download the Re-camera app on your smartphone and use it as view finder (best for aligning shots and framing). A firmware update also enables live streaming to YouTube. The app also helps in adjusting the settings for time lapse and more.

The bottom part of the camera has a seal cap for the microSD card slot and the microUSB port. The Re comes with an 8GB microSD card but it supports up to 128GB. The cap also provides a small opening for a wrist strap. We’re hoping it also comes with a carrying or protective case though. 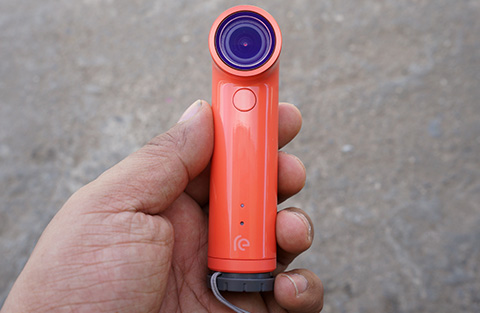 The Re app connects to the camera via Bluetooth although you also need WiFi connection for faster file transfer (wirelessly copying photos and videos from the camera to the phone). 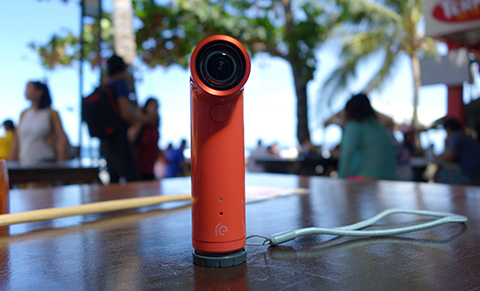 The Re is water-proofed right out of the box with an IP57 Rating which means up to 1 meter for 30 minutes but an additional casing will offer IP58 Rating which is up to 3 meters for 120 minutes.

We’re editing and collecting all the photos and videos we’ve taken using the Re and uploading them for the full review coming later this week.