We all know Android updates come really slow to devices and to show how Nougat, the latest Android flavor, is taking its time, we take a look at the newest Android Dashboard stats. 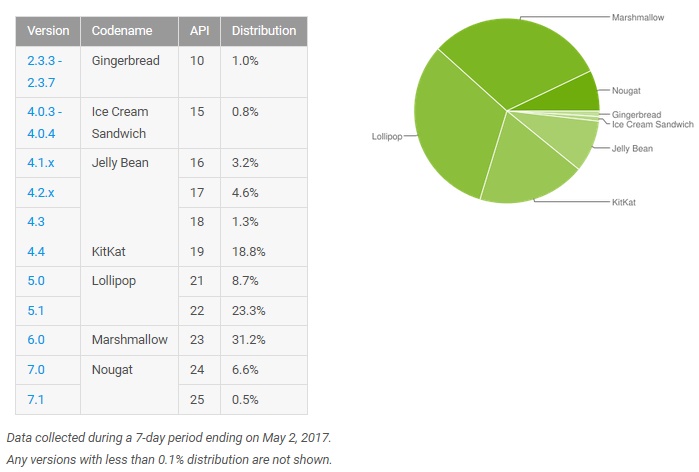 While the share of Nougat is low compared to other previous versions, it’s gradually increasing from April’s 4.9% share.

With Android O already in the works, we’re a bit skeptical how Nougat will be able to catch up since it’s already turning one year old in the coming months.