Google Play Store v6.7 has started rolling out and it should be hitting your Android device any time now. This update is by no means an overhaul design. Instead this is a pretty light update which will makes it easy to join or leave a beta test from the app listing. 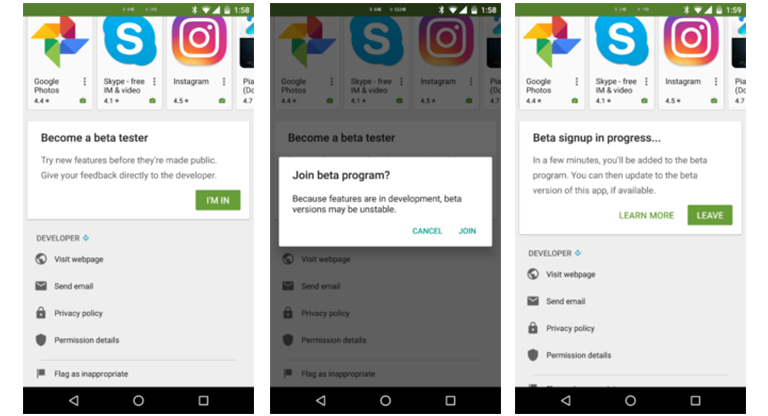 On this latest update, you can now see the beta status at the top of the app listing if you are enrolled in the beta program of a particular app. Also, you are now able to join or leave beta test from app listing at the bottom.  You can even leave a feedback directly for the developer of the beta app. One really welcome feature is that it will also notify you if an app is unreleased or it has only ever been a private beta with no public version.

While this Play Store app update won’t mean much to folks that aren’t in any beta tests, for those that are, it’s a huge deal. If you want to grab the latest version of the Play Store, download and install the apk file here.