As we near the official launch of the highly anticipated Samsung S3, the two telco giants vies for the hearts of prospective upgraders and switchers through their plans. Now before you get too excited and sign up for any of these telcos, let’s take a closer look at their offerings and see which one fits your lifestyle and usage pattern.

As we mentioned in our previous post, Globe was the first to reveal their range of plan for the SGS3. This quad-core handset will come in free with their UnliSurf Plan 2499 and will have a standard lock-in period of 24 months. Apart from the unlimited mobile internet, the plan will also have consumables worth Php1,500 a month. 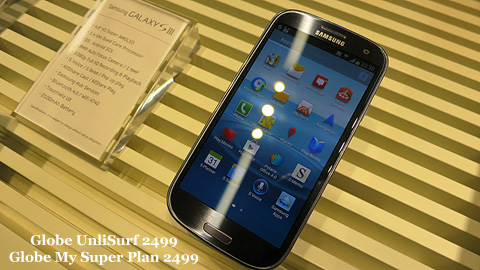 Following the said announcement, Smart recently unveiled their available plans for the same phone. The SGS3 will come in free with their UnliData Plan 2000 which is Php499 cheaper than Globe’s offering.

The catch here, however, is that youâ€™d have be with the carrier for a longer period of time. The lock-in period for this plan is 30 months (instead of the 24-months on Globe). 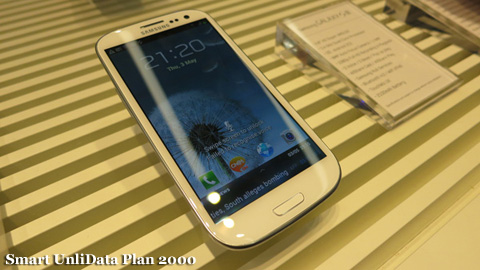 Here’s a short computation of how these two plans look like:

Looking at this, it’s clear that neither plan gains a significant edge over the other in terms of the total amount a user has to pay (TCO). But what clearly sets them apart is the lock-in period. The Php500 per month difference between the two plans will come into play in this situation.

If you can afford to shell out an extra Php500 every month so you can get out of the plan a bit faster, then the Globe UnliSurf Plan is for you. But, if youâ€™re not in a rush to switch phones or plan and does not have a spare Php500 a month, better go with Smart’s UnliData Plan. At the end of the day, it boils down to how much youâ€™re willing to shell out for this quad-core handset.

In terms of bundles here’s what the two plans has to offer:

By having a little bit of everything the UnliSurf 2499 plan bested Smart’s UnliData 2000 plan in terms of bundled services. In addition to this, the former has Php1500 consumable per month. That sums up to an additional 245 minutes worth of voice calls to same network subscriber or 226 minutes to other networks per month compared to Smart’s fixed 150 minutes to all network.

Based on the comparison above, we think that Globe’s UnliSurf 2499 is the better of the two in terms of bundled services and flexibility. Then again, there are also other important factors that you, as a consumer, need to look into such as network coverage and dependability that we really canâ€™t comment on because that depends on your current location. 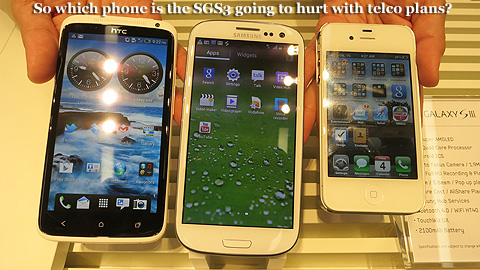 What we are sure though is that the introduction of these plans for the Galaxy S3 will definitely hurt the sell-ability of the other handsets in their line-up.

With Smart — the HTC Sensation XE, Galaxy Note, Galaxy Nexus which also comes free with UnliData Plan 2000 will definitely be overshadowed by the Galaxy S3. With Globe — the Nokia Lumia 800 and the Galaxy Note might also suffer the same fate. For both networks, it might also hurt the sales of the iPhone 4S which is offered at the same or higher plan.

Just to sum this one up, we are more inclined to recommend Globe’s UnliSurf 2499 for flexibility and maximizing plan usage. But, if you just want a really low monthly fee, Smart’s UnliData Plan 2000 is the obvious pick.