Are you ready for Online Shopping to be taxed?

There’s been a lot of news lately about the announcement of the Bureau of Internal Revenue (BIR) to go after online sellers. This is because a lot of the ones doing purely online retail may not be applying the standard duties on sales like VAT.

Commissioner Henares has been stressing that they are looking for ways to be able to monitor and collect taxes from online retailers. For one, the usual government bureaucracy of putting up a brick-and-mortar business can be easily bypassed when you do it purely online (you can skip the building permit, mayor’s permit, etc.). 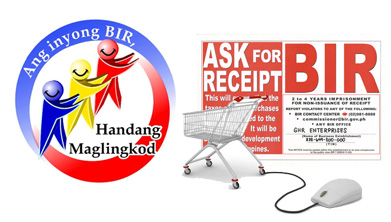 Let’s be clear first that whether it’s offline or online, generating revenue/income from selling products or services is taxable. There’s nothing new that will be introduced. It’s more like enforcing what’s already there.

The closest analogy that I can think of is jaywalking. Anybody who jaywalks can be penalized; it’s already imposed a long time ago. However, there are streets that are not monitored by MMDA so when people crosses that street, they don’t get penalized. Now, the MMDA is saying they will start monitoring those streets that people used to jaywalk all the time because nobody was looking.

Anyway, to give you a better perspective of the difference between brick-and-mortar retailing (those stores in the mall) and online selling, let’s look at an example.

See also  How a meshed network connects you with no Internet

Take for example the Galaxy S3. My sources tell me that the distributor cost of the unit is around Php16,000 only. If the suggested retail price is Php32,000, you subtract the 12% VAT and you are left with Php28,571 (while the Php3,429 is remitted to BIR at the end of the month).

Here’s what we think is the estimate computation:

The amount of Php6,593 is the estimated income per unit sold if this was a regular retail store in the mall.

When we look at the same for an online store, it should look the same. The biggest difference would be the operating expenses (OPEX) which might be lower than our estimated 30%.

However, if all else is the same but we remove the tax incidence, we are looking at Php6,360 in savings. If all of these savings are passed on to the customer, then we are looking at an online price of Php26,630.

This is where the mall price and the online price differ. This is the single biggest reason why mall retailers cannot compete with the prices of online retailers.

What if the BIR was so strict and it runs after the online sellers and ask them to pay taxes? The most logical step is for the sellers to tuck those taxes into the price of the unit.

That would mean that our computation above would revert back to the highest mall price. If the online sellers want to be more competitive, they might lower their retail price a bit. They would normally get this from the savings they get from doing the selling purely online (that’s less rent, bills, etc). So instead of our 30% estimated opex, it could be just 15% (Php2,018).

They could then pass on that savings to the customer for a little lower retail price.

Then again, the online sellers would look at this situation differently. They would stick to their usual pricing, keep the little margins that they get from selling way below SRP, and pray hope that the BIR would not go after them for not declaring any sales.

Otherwise, if they abide by the norm and pay the respective dues (and at the same time stick to their competitive pricing), I don’t think there would be any income left after paying VAT and business tax. In some cases, I would even think they’d lose money altogether. This is where a lot of the resentment by online sellers come from.

Worse comes worst, the online sellers to cave in and start selling their products at almost the same price as the ones in the malls.

” The closest analogy that I can think of is jaywalking. Anybody who jaywalks can be penalized; it’s already imposed a long time ago. However, there are streets that are not monitored by MMDA so when people crosses that street, they don’t get penalized. Now, the MMDA is saying they will start monitoring those streets that people used to jaywalk all the time because nobody was looking. ”

COULDNT AGREE MORE! These jaywalkers cause accidents and traffic. And its very stressful to drive when you need to be pay extra attention that don’t hit any jaywalker. Even in BGC you see plenty of people who doesn’t care about red signal and cars must slowdown because there’s people blocking the driveway. People walk damn slowly but can’t wait 50seconds for the green light tsktsk. I don’t know are they stupid or don’t just care? Those lights are there for a reason. Also I have noticed especially in some smaller cities that there might be overpass or zebra crossing in 20meters away and people are still too lazy to walk there. They want to cross the street right where they are eventhough its frikking 6 lane street. Filipinos in general are hard working I guess, but when it comes to walking they must be the laziest country I’ve seen. I see often that people rather wait 5 minutes for the Jeepney than walk 200meters. Same happens night and day, so you can’t say that its too hot or dont want to get more tanned. Ok enough ranting. But yeah I hope the traffic will be much better here in 2015.

i am already paying the government much!

If government insists on taxing everything then taxpayers should be the only ones to vote for public officials since taxpayers shoulder everything. If non tax paying citizens want a say in something, they have to force themselves to be productive citizens and become taxpayers. That way, taxpayers can closely monitor how government spends taxes. Hindi ung hakot ng mga squatter at kung ano pang non taxpayers na silang bumubuo ng bulk ng mga botante nila.

I hope you realize that we’re all taxpayers because of VAT. Everything we buy from retail stores are charged with VAT. So everyone still deserves to vote even if we base it on tax.

If only we Filipinos actually SEE and BENEFIT from the taxes we’re paying, then we wouldn’t have to find ways and means to circumvent the whole tax collection system!

If only we Filipinos actually SEE and BENEFIT from the taxes they’re paying, then we wouldn’t have to find ways and means to circumvent the whole tax collection system!

This will just mean more will move over to those meet-up type sales that just correspond over sms/email/whatever without any actualy formalities done online.

for example i do have a account on those site and i sell lets say, phone case, which i get from divi for a minimal price, would this law also apply to me?

Taxes is good for the country but our government owes us the FOI bill to be signed law w/o any loopholes.

people in government esp those appointed act like gods in the early year of the admin, come 2015, they will be all be scared because 2016 is around the corner, and they will soon become mortals.