Bose released a few months ago the SoundLink Mini II – a sleek, portable and powerful Bluetooth speaker and the successor to the SoundLink Mini which we also reviewed last year. Although it looks identical to its predecessor, Bose made some changes under the hood to make it even more capable. Read our review to find out what we think about it. 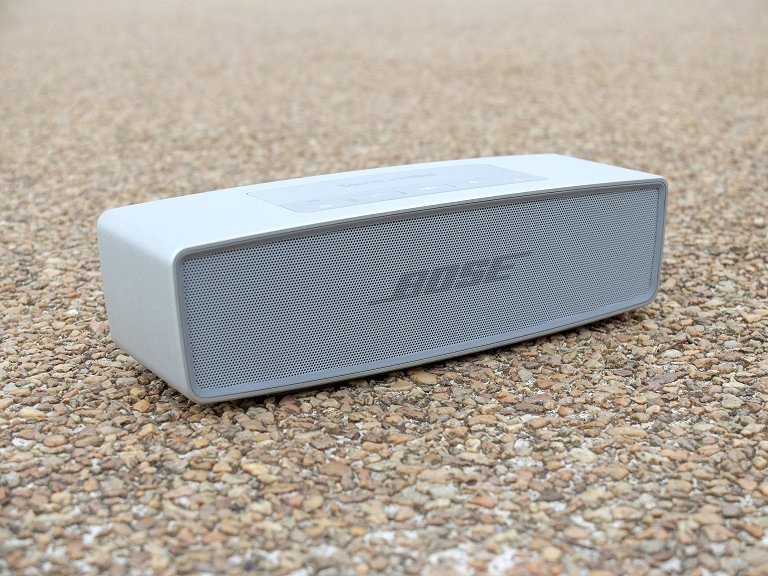 The Bose SoundLink Mini II features the same look and build of its predecessor – the same small body that you can easily grasp with one hand and a anodized aluminum housing which resists scratches and fingerprints and provides that industrial, premium look and feel. The Mini II comes in two colors – Carbon and Pearl. 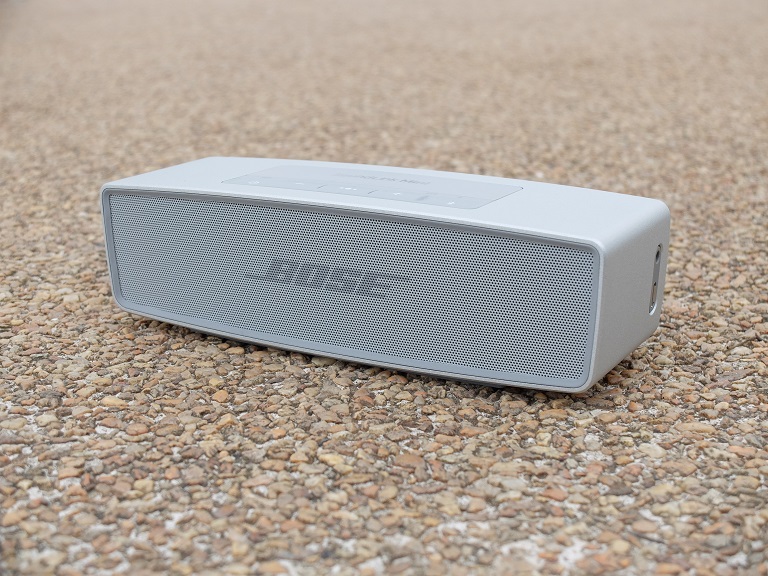 Up front we have what Bose calls a “micro-perforated steel grille” painted with the Bose logo. Hiding behind it is the dual-opposing passive radiators that extends to the back which is then flanked by two front-facing drivers. 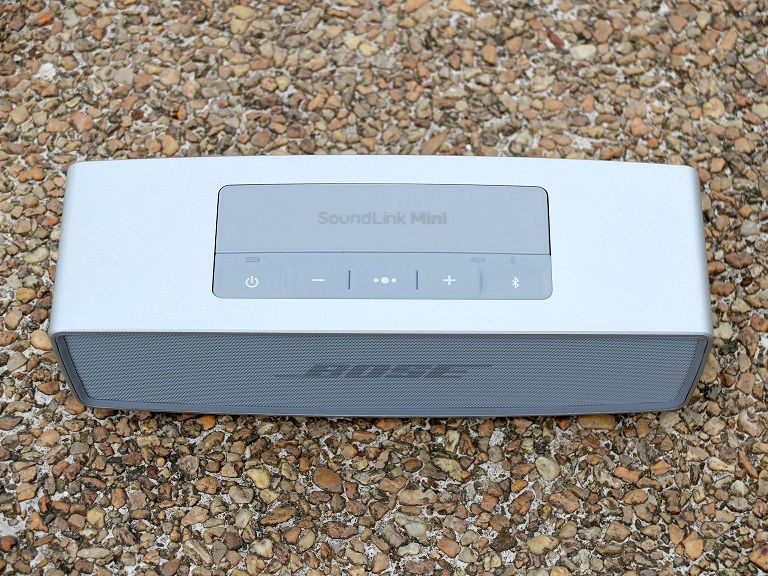 Up top are the familiar controls with some subtle changes in the layout compared to the original Mini. From left to right: Power with LED indicator, Volume Down, Multi-function button for playback and speakerphone, Volume Up, and Bluetooth with LED indicator. 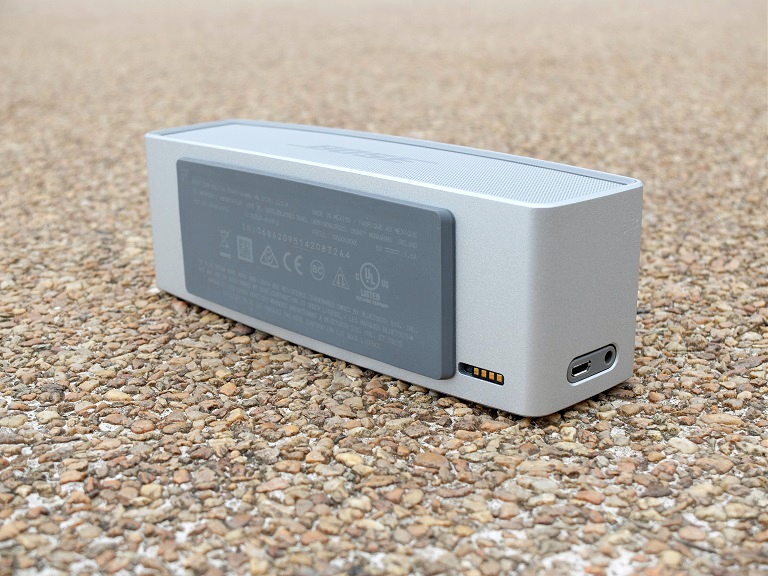 On the right hand side are the AUX input and the microUSB port for charging which is a great improvement compared to its predecessor that uses its own proprietary charging adapter. Down at the bottom is the rubber base to keep it from slipping and for absorbing vibration, as well as metal contacts if you want to charge it using its dock.

Bose also offers soft covers for the Mini II. It’s like a bumper for the speaker and comes in multiple colors. It’s sold separately though and doesn’t come cheap.

Like any other Bluetooth speakers, the SoundLink Mini II is easy to setup. First, press Power on the Mini II. It will then give you a voice prompt about the status of its battery. The Bluetooth LED indicator will also flash indicating its ready to pair. 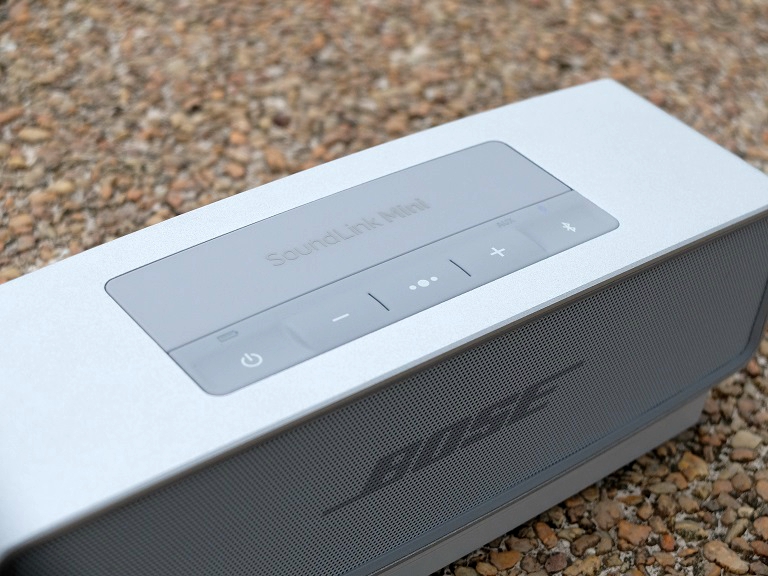 Second, turn on Bluetooth on your mobile device and select the Mini II once discovered. Once connected, the Mini II will provide another voice prompt notifying you that both devices are paired and ready to play. If you don’t like voice prompts, just press and hold the volume up and down simultaneously.

The Mini II has a range of about 30 feet and can remember the most recent eight devices you’ve paired. Just press the Bluetooth button to switch between devices. You can also connect two devices at the same time. However, you can only play music from one mobile device at a time. To switch playback between the two devices, just pause the music from the first source then play from the second.

One of the newest addition of the Mini II is the speakerphone capability which means it now has a built-in microphone. This comes really hand if you’re in a conference call and your mobile device’s loudspeaker is not powerful enough to be heard by everyone. As for connectivity woes, the Mini II still lacks NFC.

As expected from a Bose product with its proprietary tech and digital signal processing, the sounds coming from the Mini II is superb for a speaker of this size. It’s loud and doesn’t distort in higher volumes. Bass is solid and capable of producing those rumbling beats that you can feel. Mids are punchy yet smooth and clear. Highs, on the other hand, are detailed and delicate. 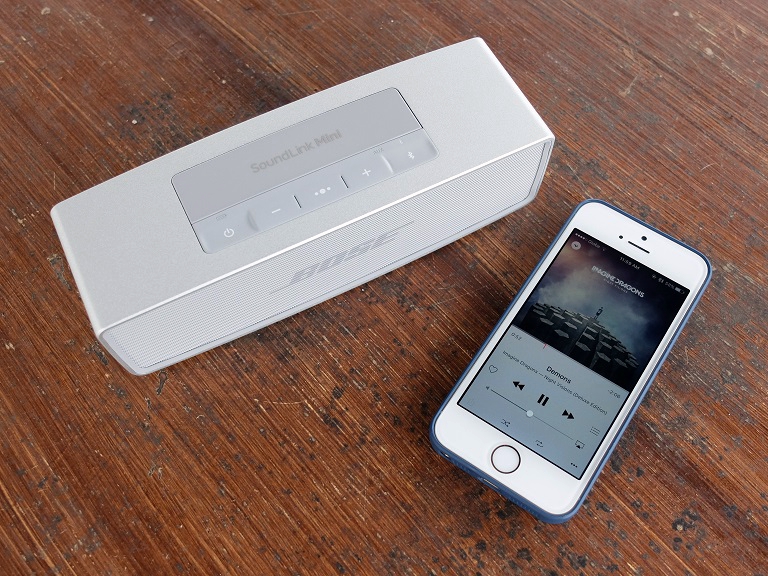 One thing we noticed about the Mini II is that it sounds best indoors as the sound is more enclosed and bounces around the walls for a surround effect. You won’t have the same level of experience when using it outdoors especially if you have a big area to cover. Still, it sounds good as long as you’re close to it.

The Mini II promises a better battery life compared to its predecessor. While the original Mini claims 7 hours of playback, the Mini II boasts 10 hours. True enough we were able to get almost the same mileage at 9 to 10 hours when playing on moderate to loud volumes. 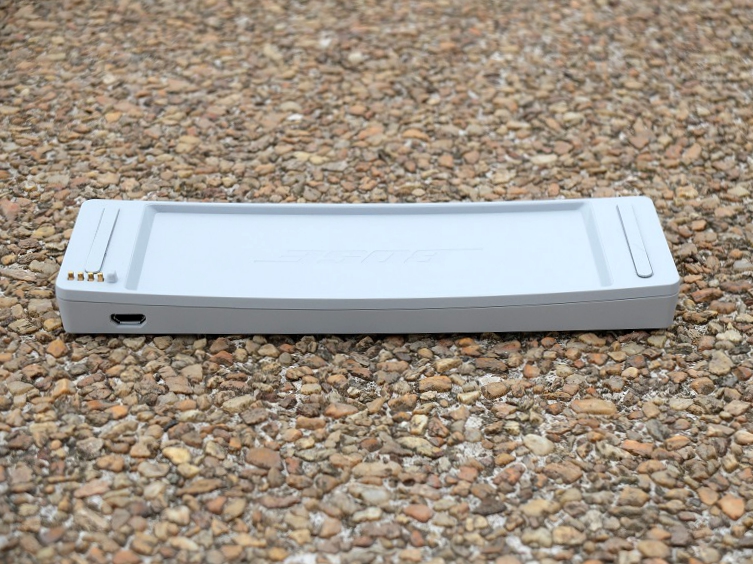 When you need to charge you can place it on its charging dock or just use a smartphone charger with a microUSB cable. You can even charge it with your favorite power bank in emergency cases.

Overall, the Mini II performed really well and, like its predecessor, it is well-balanced yet versatile at the same time. Regardless of what genre of music you’re playing or just using it as an external player for watching movies this tiny speaker can certainly deliver. Those who want to use it as a speakerphone will be glad as it now has that feature. Plus, it now has a longer battery life compared to its predecessor. 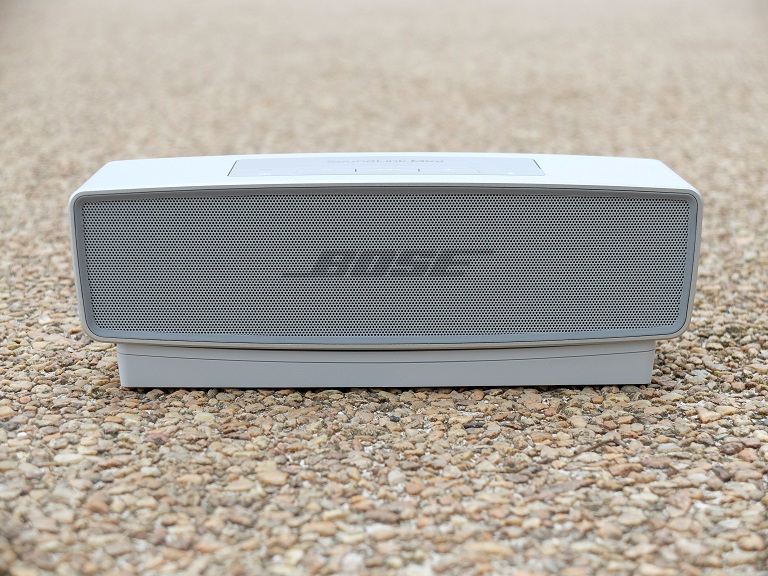 On the downside, the Mini II’s asking price of Php13,000 might not be the best suggestion for the budget-conscious. There’s no NFC as well, no splash-proofing like other Bluetooth speakers have, and doesn’t include a free case. But if you have the dough and in need of this level of sound quality, the Mini II definitely won’t disappoint.

What we didn’t like:
* Pricey
* No NFC
* Doesn’t include a carrying case or soft cover