Apple has just rolled out iOS 8 for the iPhone, iPad, and iPod touch, bringing with it tons of new features including new Messages and Photos features, QuickType keyboard, a new Health app, Family Sharing, iCloud Drive and more. 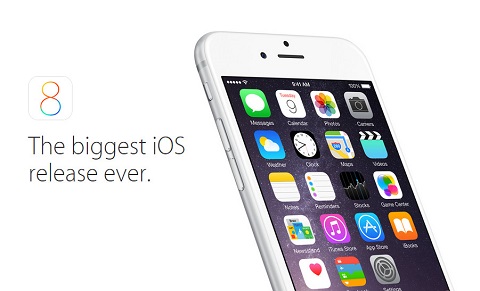 According to Apple, this update is their biggest release since the launch of the App Store. They’re not kidding as the update is 1GB in size (964MB on the iPhone 5C) and requires at least 4.7GB of free internal storage. That can be a problem if you have a 16GB model with lots of photos, videos, and big apps on board. 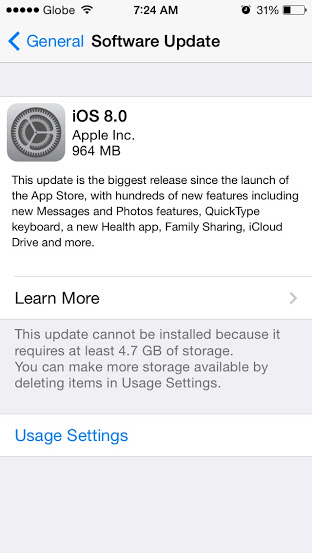 To check for the update and download via OTA just go to Settings -> General -> Software Update. You can also update your iOS device via iTunes for PC or Mac. Make sure to back-up your device before proceeding so that you don’t lose your files in case something goes wrong.

You can also check out our article about 7 new features for old iPhones when iOS 8 arrives.